POLICE have arrested a man following the Sevco Rangers v Celtic game at Ibrox on Saturday.

A 28-year-old has been detained in connection with an alleged offence under the Offensive Behaviour at Football and Threatening Communications Act, officers said.

The man is expected to appear at Glasgow Sheriff Court tomorrow.

It follows an alleged incident of racial abuse where someone seemed to make a monkey gesture at Celtic player Scott Sinclair, who scored his side’s opening goal in the 5-1 win.

On Saturday, Police Scotland said eight people had been arrested over various other alleged offences surrounding the clash in Govan. 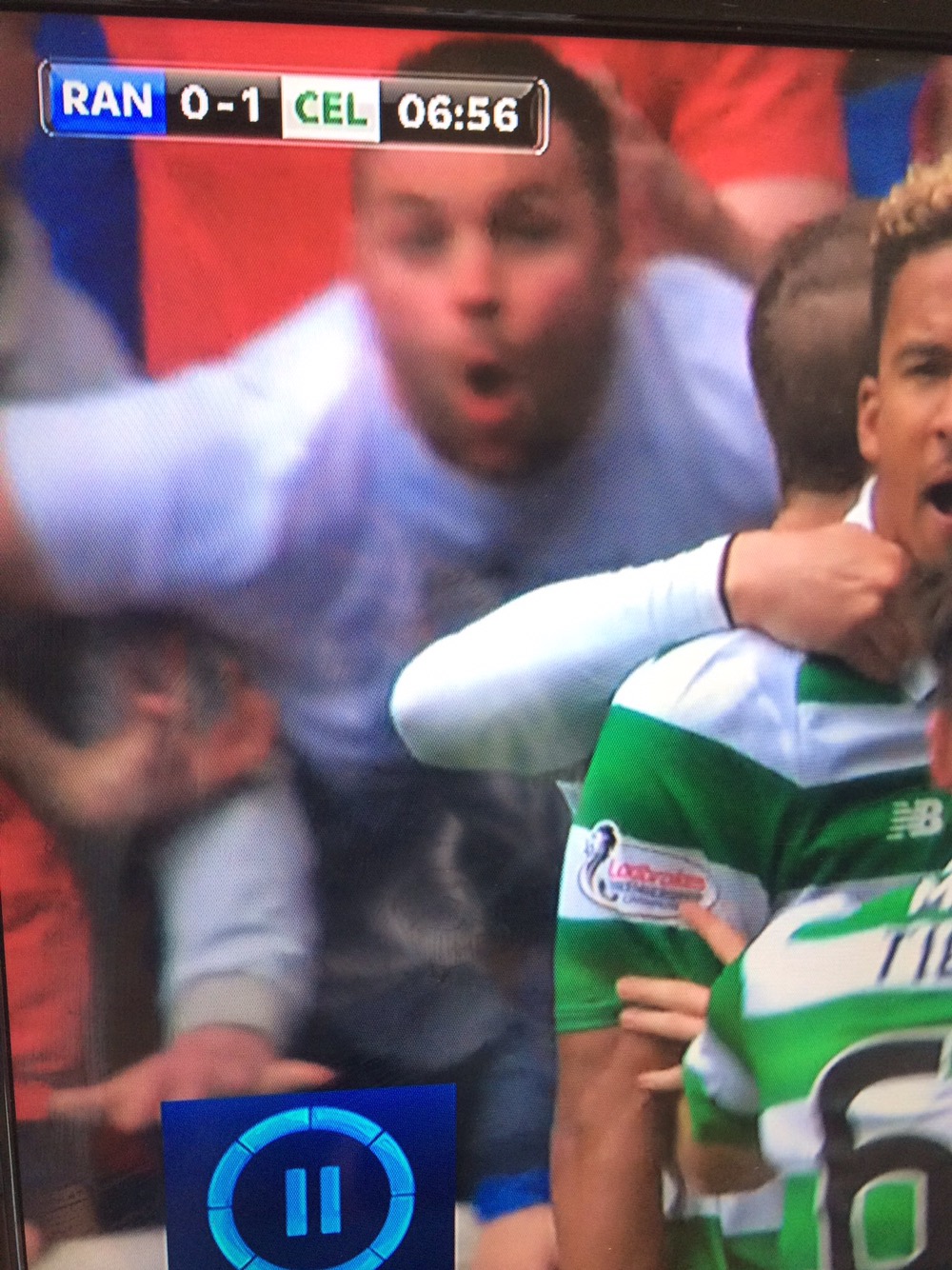