CELTIC have triumphed over Barcelona in a dramatic extra-time encounter in BT Sport’s official poll to be voted the best team of the last century.

The satellite giants, conducting the worldwide poll on Twitter, decided they would go to into overtime in an attempt to find the victorious side.

Stein’s men, the first British club to win the European Cup when they defeated Inter Milan in the Portuguese capital on May 25 1967, received the votes that made them the definitive winner.

With football fans everywhere to again join in the ballot, the Hoops received 54 per cent of the votes as opposed to the Spanish outfit’s 46.

A total of 86,598 votes were cast in the overtime confrontation. 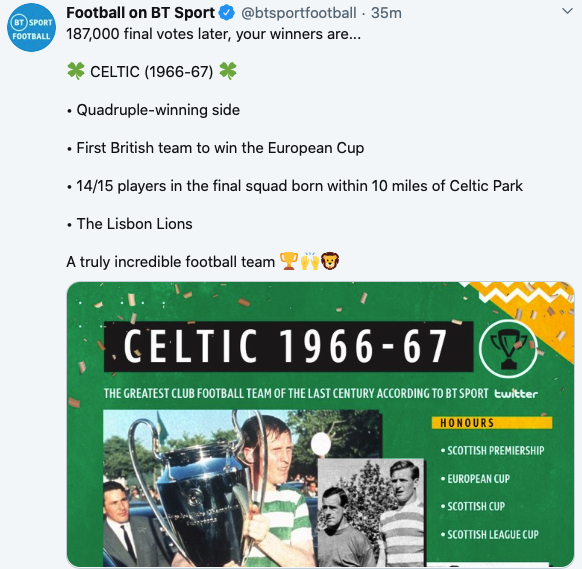