BILLY STARK reckons Callum McGregor will go straight into the Scotland team for their opening World Cup double-header against Slovakia at Hampden on Thursday.

The 24-year-old midfielder was at last called up by Gordon Strachan after Celtic team-mates Scott Brown and Stuart Armstrong withdrew through injury.

Former Hoops star Stark, who has coached the player at Under-19 and 21 level, thinks McGregor will be fast-tracked into the line-up.

He insisted: “Gordon has said that the success we’ve had in the last few games is partly down to that Celtic factor, so that augurs well for Callum’s chances.

“Armstrong and Brown have obviously been crucial to us in terms of the change in fortunes and we will be hurt by them not being there. But Callum could certainly help to fill the void. 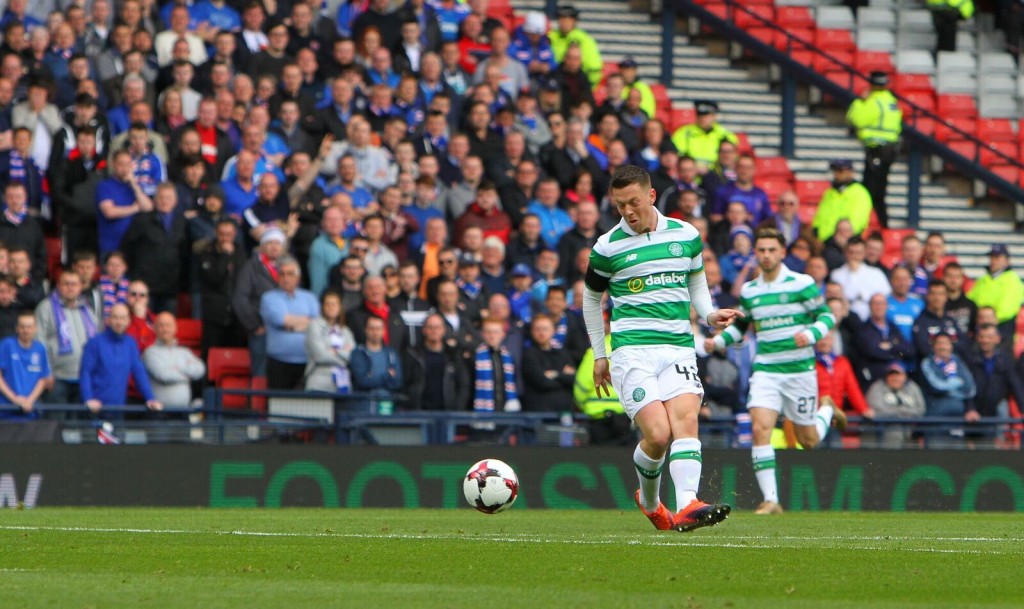 “You might think that with him being a late call-up that he hasn’t been in the manager’s thoughts, but players have trained their way into the team in the past and Gordon has shown if players impress him in training he will put them in.

“I think Callum could definitely handle it if he is thrown straight in, because he has an excellent temperament, which suggests to me that he will have the confidence to show his ability and that he deserves to be in there.

“That will be something he will have to show Gordon in the coming days, but as a Scotland fan, I certainly wouldn’t worry about him going straight into the team, that’s for sure.

”He could play in any of the top teams in terms of manipulating the ball and shifting the ball. He’s got such tidy feet and he makes the right decisions with the ball.”