ERIK SVIATCHENKO is OUT of Celtic’s crucial Champions League qualifier against Astana in Kazakhstan tomorrow afternoon.

The Danish defender has a mystery injury and did not travel with the squad yesterday. He could be sidelined for three weeks.

Brendan Rodgers is now without five centre-backs for the vitally important confrontation. Long-term crocks Jozo Simunovic and Dedryck Boyata are missing and emergency stopper Kristoffer Ajer also failed to make the trip with a hand injury.

Experienced Ivorian international Kolo Toure was signed at the weekend, but lack of match fitness saw him also remain in Glasgow.

With Sviatchenko, Simunovic, Boyata, Ajer and Toure unavailable, Rodgers has been left in the desperate position of trying to piece together an untried backline against dangerous opposition.

Mikael Lustig, who played centre-half in the first-half of the 1-1 draw against Leicester City on Saturday, could be brought in again while Efe Ambrose is another possibility.

The Nigerian international is again attracting interest from Greek champions Olympiakos – as CQN reported yesterday. They failed in a move for Ambrose 18 months ago, but are planning a fresh bid for the 27-year-old utility star..

Irish youngster Eoghan O’Connell, who started and scored against Claudio Ranieri’s English title-holders, could also get a shock call-up.

Norwegian midfielder Stefan Johansen also failed to travel with the squad, but Israeli Nir Bitton was with the party and has a chance of being fit having been out for a fortnight with a hip problem.

Assistant boss Chris Davies insisted: “For now, we are focusing on what we have.

”We have a gameplan for Astana, we’ve had a good look at them and we know what we have to to do.

“It will be difficult. They are a team who have done well at home in the Champions League. They are physical, they have quality and we’ll have to be on our game.

“We had a good session on Monday and we are confident that we can do a job, focusing on the positives and making sure we can get a good result.” 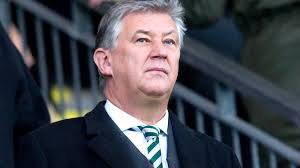 Chief-executive Peter Lawwell has remained behind as the club look to secure a signing before tonight’s deadline for the third qualifying round.

Aston Villa’s Scott Sinclair is still on the radar, despite four bids being rejected by the Midlands outfit.

Celtic could play any new signing in the second leg if they are registered tonight, but Davies would not be drawn on the position.

He said: “It would be disrespectful of us to talk about players at other clubs. We are working hard behind the scenes to try and bring people in who can make a difference.

“It has to be the right deal for the right player.”

But, with the defensive problems piling up, Davies has not ruled Toure out as being the wildcard registration for the Astana second leg.

He added: “We will see how we go and how Kolo does with his fitness this week.”