NEIL LENNON admits he does not understand why Steven Gerrard’s side are favourites ahead of the midday confrontation at Ibrox tomorrow.

The champions are eyeing their ninth successive title and have hammered in FIFTEEN goals in three Premiership outings to sit at the summit ahead of the Glasgow derby.

Gerrard’s team are just behind on goal difference after three wins on the spin with nine strikes to show for their efforts.

However, the bookies rate the Hoops the underdogs on this occasion with tomorrow’s foes tipped to make it three consecutive home triumphs over Scotland’s title kings following their two successes last time out.

The Parkhead gaffer may be puzzled, but he is not complaining.

Lennon, speaking to Sky Sports News, said: “If the bookies think that Rangers are favourites then good. That suits me fine.

“I don’t know why because our form has been fantastic. We’re in goalscoring form and we’re winning games convincingly.

“It’s not bad being the underdog with the way we’re playing at the minute. I’ll take that. 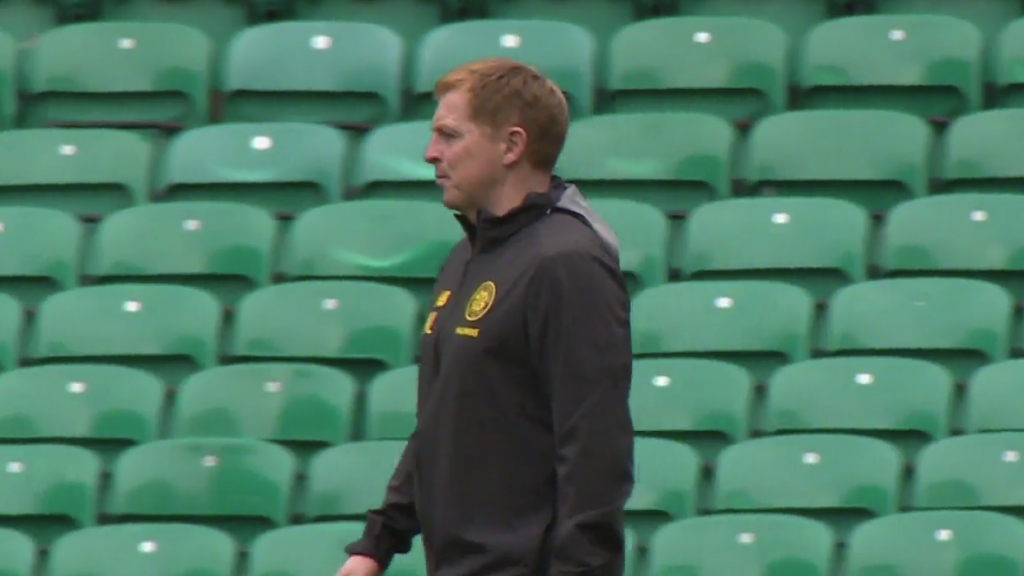 “The game at Ibrox has been looming on the horizon for a few weeks. Both teams are going into the game in very good form.

“It will be high octane, noisy, colourful, competitive and difficult to predict. There may be goals in it, there may not. Form goes out the window.

“I just want us to put in a strong performance which I know the team are capable of.”

Lennon, though, scoffs at the notion tomorrow’s tussle is an early marker in the title race.

The Irishman added: “That is just rubbish all that talk. It’s our fourth game of the season, there are 34 to go after that.

“You can ask me that around February or March and we will have some sort of idea where we are in the table.

“We get too hysterical too early. Game to game, every performance gets analysed to death.

“To say it’s a marker or a defining moment in the season, sorry I’m not buying into that at all.”