Celtic Quick News on News Now
You are at:Home»Lions & Legends»THE AULD FIRM: ‘ASHAMED – AND THEN AN ACCOLADE FROM BIG JOCK’
By CQN Magazine on 28th April 2022 Lions & Legends

The midfield mastermind made his debut in the uncompromising duels at the tender age of 17 and featured in these unique occasions for more than a decade until the final farewell in a goalless draw at Parkhead on January 3 1970. 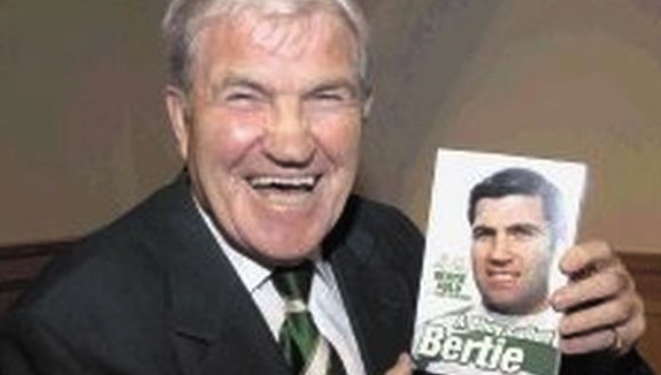 READ ALL ABOUT IT…Bertie Auld and his best-selling autobiography, ‘A Bhoy Called Bertie’.

OBVIOUSLY, I’ve got some fabulous memories of Old Firm confrontations, including my debut first time around against the Ibrox outfit in a Glasgow Cup-tie in 1957.

I was playing at outside-left and was up against the legendary Geordie Young. He really was an icon, captain of club and country, and was a monster of a man.

But he played me fairly that evening, I have to say that and, if memory serves correctly, we lost 1-0. For me, though, it was such an extraordinary occasion. The first of many I’m glad to say.

I recall another Glasgow Cup-tie at Ibrox on August 23 1966 in front of a massive crowd of almost 76,500 fans, when I wished a black hole would open up and I could throw myself into it. I was ashamed of my performance that night which was rather strange because Celtic won 4-0!

We did well as a team and Lemon, Bobby Lennox, netted a fabulous hat-trick with skipper Billy McNeill getting the opener. But I wasn’t satisfied with my display on a personal level. It was just 90 minutes when I could do little right and I was growing increasingly frustrated with myself as passes went astray all over the place.

I was playing like I had just been introduced to a football minutes before the kick-off. 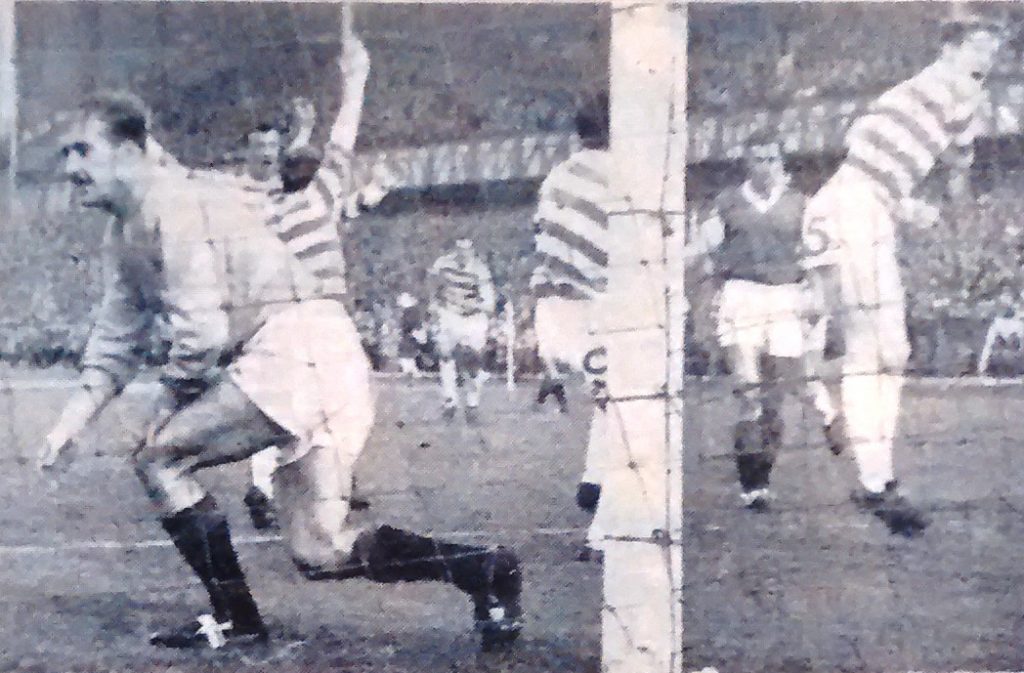 HOW’S THAT FOR STARTERS…Billy McNeill celebrates after flashing a low drive past Rangers keeper Billy Ritchie for the opening goal in the 4-0 romp at Ibrox on August 23 1966. 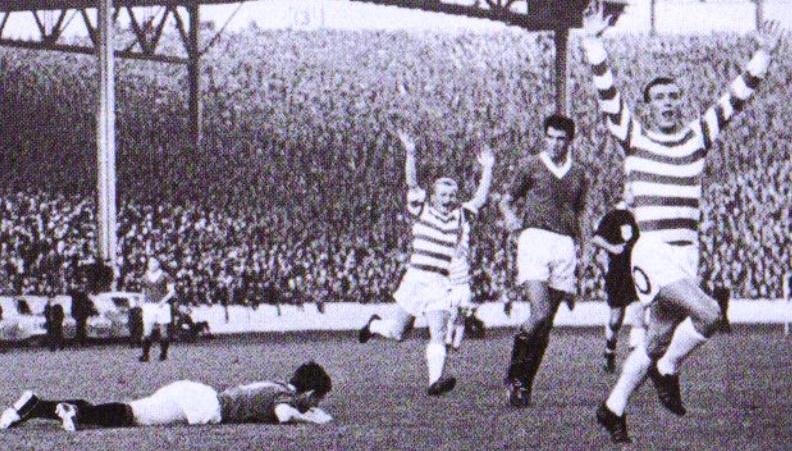 GOVAN GLEE…Bobby Lennox leaves Rangers skipper John Greig grounded as he races away following the first of his hat-trick. Jimmy Johnstone is about to add his congratulations.

HAT-TRICK COMPLETED…Billy Ritchie dives in vain as Bobby Lennox sizzles in his third and Celtic’s fourth in a landslide triumph.

We went into that game absolutely determined to beat Rangers. In fact, we wanted to hammer them; to rub their noses in it. We had played our old foes in the Scottish Cup Final only a couple of months beforehand and had somehow contrived to lose 1-0 in the replay after having the bulk of the play and possession over the two games.

Our name wasn’t on the Cup that year. I believe Rangers had one shot at goal in the entire three hours of the two encounters. It was from their Danish right-back Kai Johansen and his 25-yard effort simply flew past a startled Ronnie Simpson.

There were only about 15 minutes or so to go at Hampden and we were stunned, to put it mildly, that we were losing 1-0. Big Jock later blamed Yogi, our outside-left John Hughes, for not tracking back and picking up Johansen. That was a wee bit harsh because we shouldn’t even having been playing that night – we should have finished the job in the first game that ended goalless.

Caesar, our skipper Billy McNeill, came closest to scoring in the Saturday clash when he hit the crossbar with a header. I missed that game, but I returned instead of Charlie Gallagher for the second match. 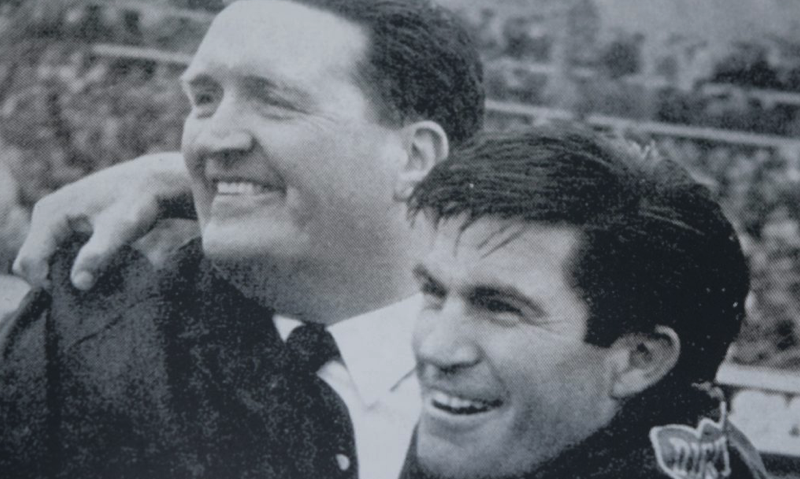 THAT’S MY BHOY…Bertie Auld and Jock Stein in celebration mode.

So, as well as everything else, we had revenge on our mind in that Glasgow Cup-tie at Ibrox. It didn’t matter in which competition we were playing – and no-one could claim the Glasgow Cup was the most glamorous tournament – we were hell bent on making our rivals pay big-style for stealing the Scottish Cup.

Caesar got the opener with a shot from close-range after Rangers failed to clear a corner-kick and then Lemon took over with a tremendous hat-trick. So, our supporters were delirious at seeing the Rangers keeper Billy Ritchie pick the ball out of his net four times while Faither, Ronnie Simpson in our goal, could have taken out a deck chair and read a good book such was the inactivity around our penalty area.

I still wasn’t satisfied, though. I did make one lung-bursting run that took away a couple of defenders and allowed Lemon to score one of his three goals. Big Jock always possessed the ability to surprise you with his observations and he made a fuss of that run from me.

‘Excellent work there, Bertie,’ he said. Maybe he knew I wasn’t happy at my overall performance and was just geeing me up. Ashamed – and then an accolade from Big Jock.

Mind you, he could put you down, too. If you were caught swaggering around believing you had just put in a world-beating display, he was there to remind you of the things that hadn’t worked out.

No-one was going to get big-headed with this bloke around.