SCOTT BROWN celebrates his 35th birthday today – but won’t be spending too much time reflecting on past successes.

The Celtic skipper followed club legend Billy McNeill into the history books after leading the Hoops to a record-equalling nine successive crowns.

Now he has hit sights set on ten.

With eight games to go, the champions were odds-on favourites to lift the club’s 51st flag with a points advantage of 13 over their nearest challengers. They also boasted a superior goal difference of plus 25.

Scotland’s title kings want to earn the right to retain their crown on the pitch, but, in these unprecedented times, they may have to await a final decision from the SPFL.

Amid the chaos and turmoil that engulfs the game, one thing not open for debate and is the fact that captain Brown is likely to be around Parkhead for some considerable time. 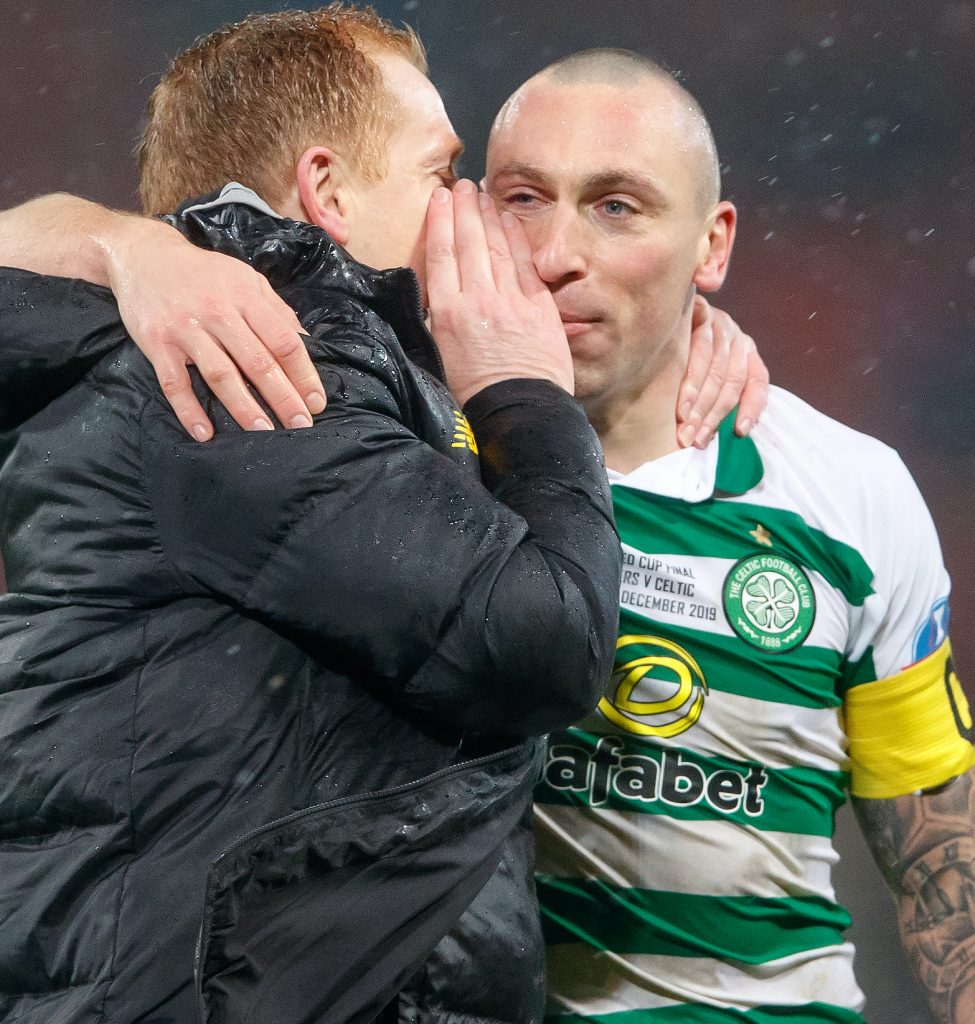 A WORD IN YOUR EAR…Neil Lennon has something to say to Scott Brown at the end of a game.

The former Scotland international onfield leader is under contract until June 2021, but boss Neil Lennon has already gone on record as saying he hopes to keep the accomplished anchorman at the club as a coach after he retires from playing.

Brown has been a key figure for the Parkhead outfit since arriving in a £4.4million switch from Hibs in 2007, He played a crucial role in securing an eighth successive crown and an historic treble treble.

The action man followed that up by making 50 first-team appearances as the team chased a fourth domestic clean sweep before football went into cold storage.

Lennon said: “As far as I am concerned, when he stops playing there will be a coaching role for Scott here at the club. I would offer him something straight away.

“For me, it is the obvious path for him in the future.

“He is doing his badges at the minute and I would definitely want him around the place when he stops playing.”

Paradise wouldn’t be the same without Scott Brown!