FORMER Celtic striker John Hartson claims cops and the SFA would have been called in and the country would be “going absolutely mental” if Celtic had misbehaved in the manner of Aberdeen on Sunday.

The champions refused to get drawn into a kicking match as they won 3-0 to book their place in the Scottish Cup Final against Hearts at Hampden on May 25.

The Dons went home in disgrace after two players – Dom Ball and Lewis Ferguson – saw red and manager Derek McInnes and his assistant Tony Docherty were both ordered from the dug-out by overworked referee Craig Thomson.

Ball had been booked earlier for a cynical trip on Jonny Hayes before his aerial assault on the unfortunate Ryan Christie that resulted in the Hoops playmaker being knocked out before being taken off on a stretcher and the tie held up for six minutes.

Midfielder Ferguson was given a straight red for a disgraceful lunge at Tom Rogic, who, at least, had the last laugh when he curled in the third a few moments later.

Max Lowe and Andy Considine also went into the book as well as James Forrest for a dubious yellow card for simulation. 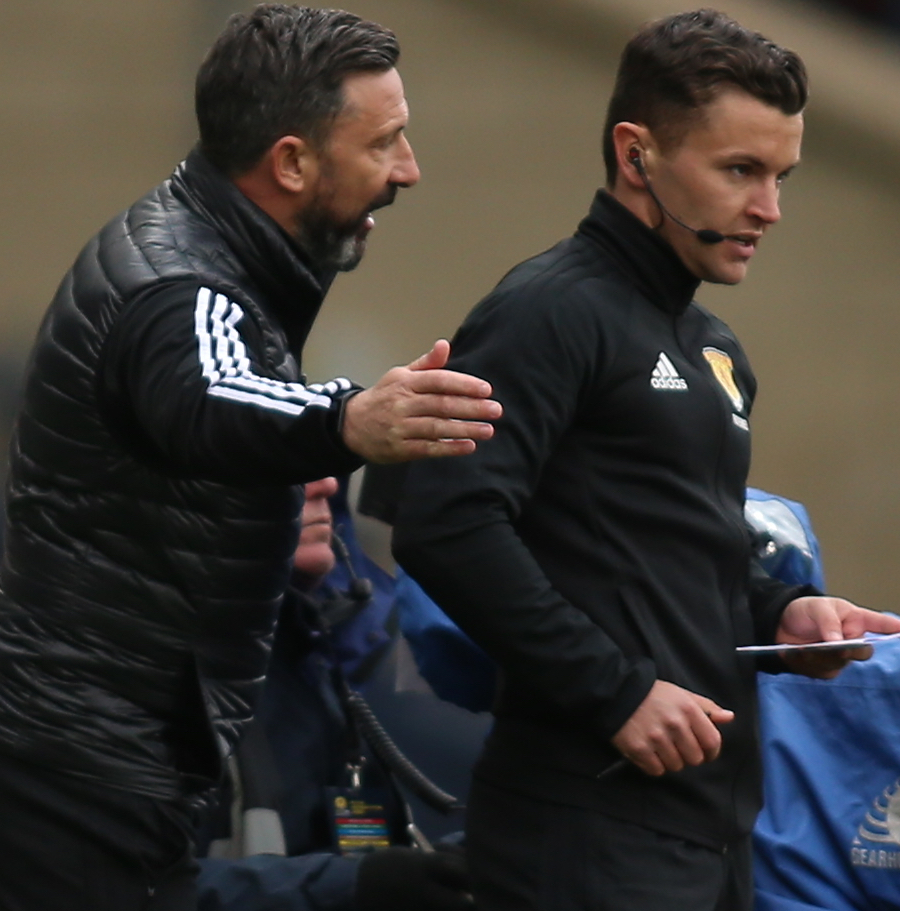 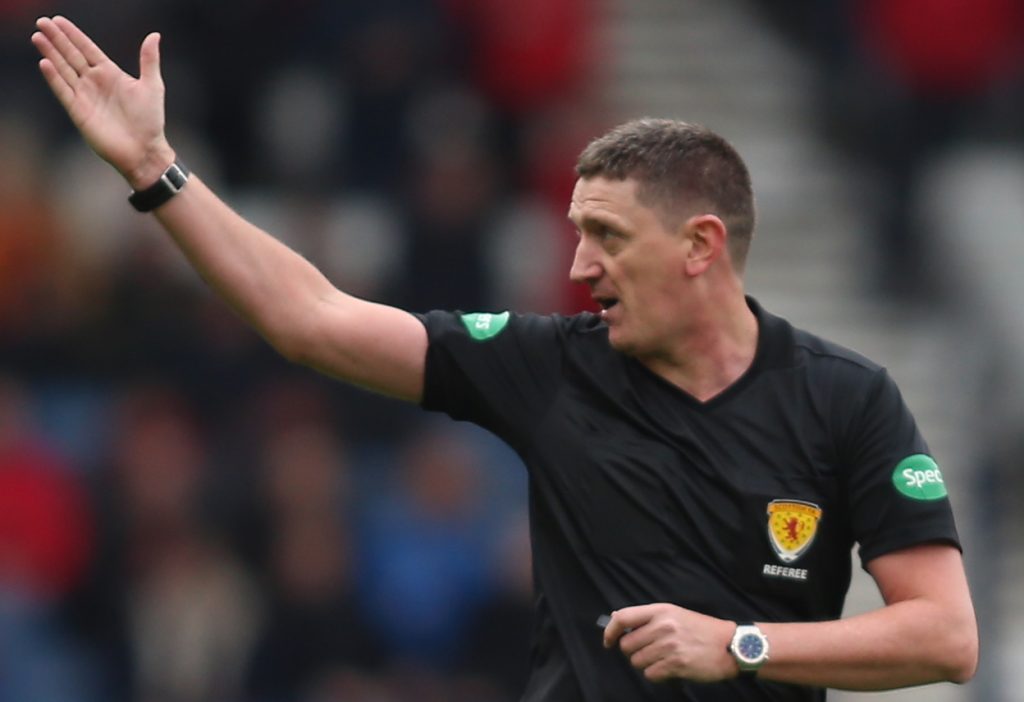 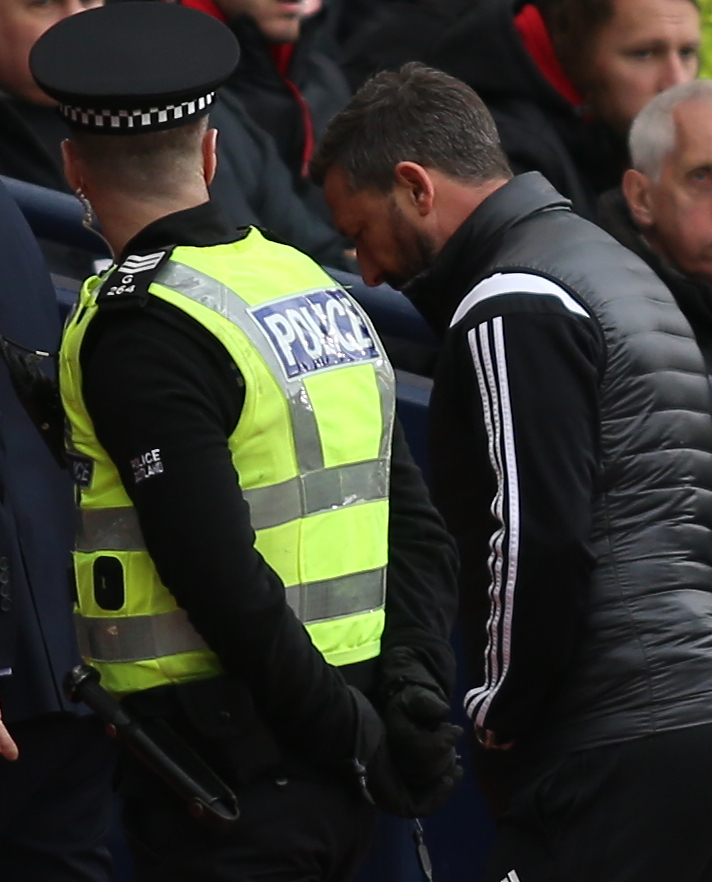 DISGRACE…McInnes heads for the Hampden stand.

Parkhead icon Hartson, speaking in the Evening Times, said: “Let’s just imagine for a minute that Aberdeen had beaten Celtic 3-0 on Sunday, Celtic had two men sent off and Neil Lennon had been sent to the stand for making a gesture to the crowd.

“Can you imagine the headlines on Monday morning?

“If the roles were reversed there would have been huge ructions, so the fact is that Celtic have to be good on the discipline side of things at all times – and you have to take your hat off to them for the way they handle these heated encounters. You will seldom see their players getting sent off and losing the rag.

“When it comes to the big games, Celtic have the temperament to handle the occasion and anything that their opponents throw at them. It’s a real testament to the players.

“Look at the win over Rangers at Celtic Park, which they enjoyed, and then they enjoyed that win again yesterday as you could see when they celebrated with their fans. And it is quite right that they did, too.

“To dig in week-in, week-out, to win nine trophies out of nine, it would be an amazing achievement.”