Celtic Quick News on News Now
You are at:Home»Latest News»‘THERE WILL ALWAYS BE A JOB FOR BROONY AT CELTIC,’ RODGERS
By CQN Magazine on 21st November 2017 Latest News

BRENDAN RODGERS insists there will always be a role at Celtic for Scott Brown when his playing career ends.

The Hoops gaffer believes the midfielder could even follow Neil Lennon’s path to becoming manager of the champions.

Brown, who has been 10 years at the club, will lead them into Champions League action against Paris Saint-Germain tomorrow night.

Brown already holds the overall Scottish appearance record in all European competitions, having played 91 times for Hibs and Celtic in the Champions League, Europa League and Intertoto Cup (that was for Hibs btw!). 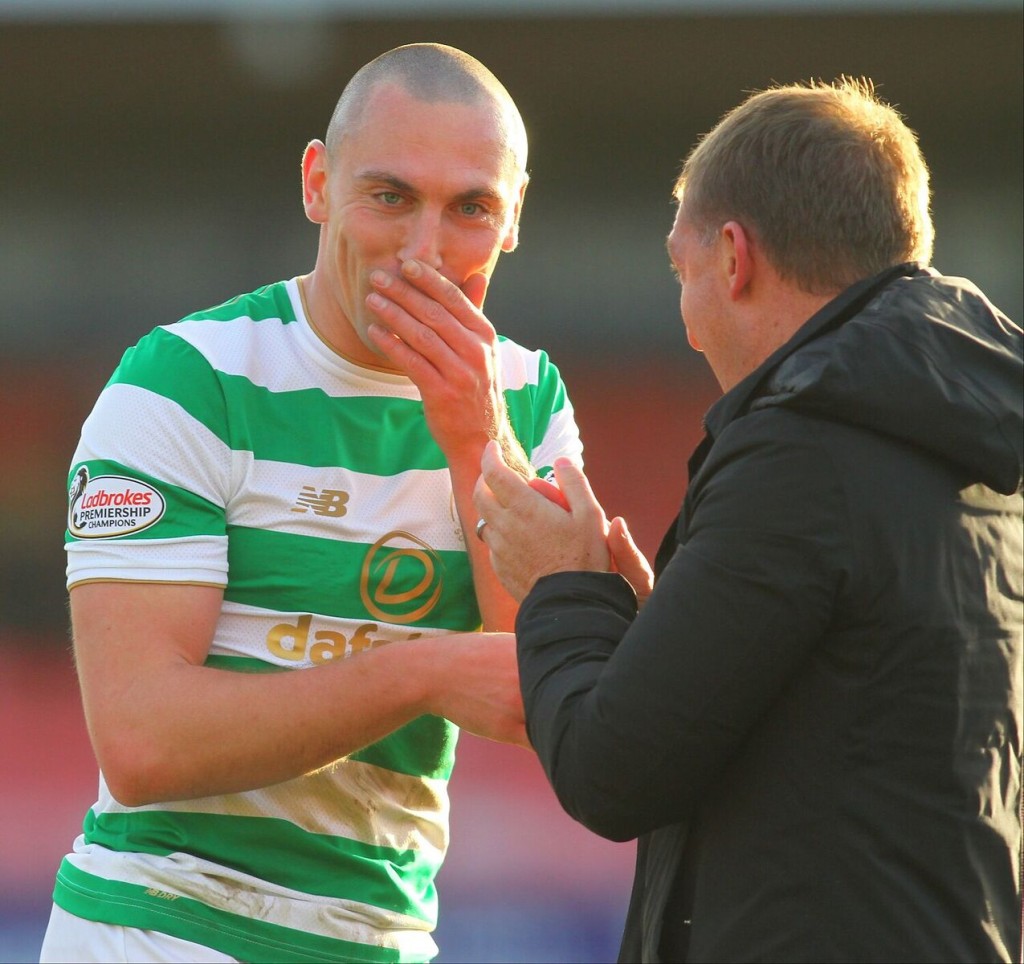 And the 32-year-old club and country captain has been preparing for a move into coaching whenever he hangs up his boots.

Brown has already spent time working with the Hoops’ development squad and was utilised by interim Scotland manager Malky Mackay as part of his coaching staff for the recent friendly against Holland.

Rodgers said: “You wouldn’t want Scott lost to the game when he stops playing and you would always want him involved.

“He’s certainly going to be someone that, if he finishes his career at Celtic, there will be a place somewhere in the backroom staff here for him.

“But it’s then a case of what he wants to do. He might want to do what Lenny did and go on from being captain to being manager. That might be something.”