GOOD to see that the Green Brigade are looking at our initiative to start a decent song for Celtic’s “most talented player” Tom Rogic. That was the view expressed earlier in the week by none other than Celtic’s young left-back Kieran Tierney.

I remember a St Johnstone player telling us about the chat own their dressing room after facing Celtic last year. The Saints were discussing after the match the qualities of each of the Celtic players they had just faced – it was in the match in May which the Saints won 2-1 and was the last time Celtic were defeated domestically.

Anyway the Saints were blown away by the skill levels shown by Tom Rogic and reckoned that he was easily the most talented footballer playing for Celtic.

Interesting that KT agreed with that analysis when asked earlier this week while answering supporters’ questions on the Celtic twitter handle. 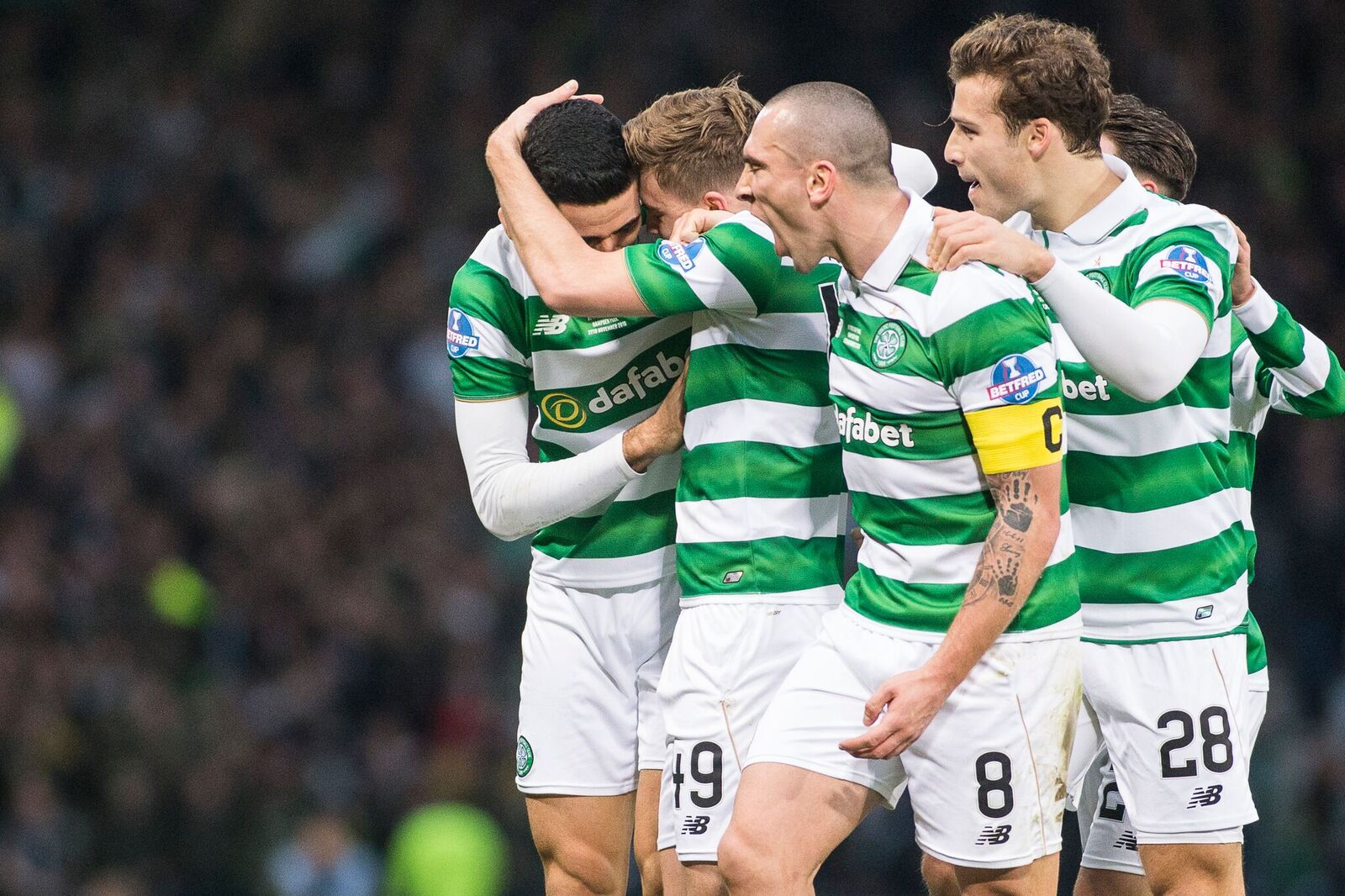 Anyway, CQN have over the past few day been working with supporters on ideas for a song for Rogic – isn’t it odd that he doesn’t have one yet?

We’ve had an outstanding season on as supporters as far as supporting the team and creating innovative songs for the players and also the manager.

Scott Sinclair’s is an absolute cracker, Moussa Dembele has at least two good songs and Brendan had a Christmas tune all to himself. But so far there’s been nothing for Rogic.

Earlier today we outlined various options including a really promising one from Kyle. (Catch up HERE).

And last night we had plenty of strong possibilities too with the Men at Work tune among the best. (Read HERE).

And still the suggestions are flooding in. This evening we have some crackers to consider, some from Green Brigaders.

Let’s start with Aussie Dan who reckons we need a tune that everyone knows and can chant along to and says that it is about time we got Tom a song!

Next, Ronan Reilly admits that he is blatantly robbing the Neighbours idea with the Home and Away song!  He admits that it’s still work in progress and could be improved, especially the last line but, he believes that it is an easy song to sing-along to!

You know we belong together,

Celts and Tom forever and ever.

No matter where you are,

And from the very first moment we saw you

There was such emotion

Hold him in your arms

Next up is Mark McM who posted this on the Green Bridage’s Pro-Boards site (always makes me laugh that!) then sent on to us… 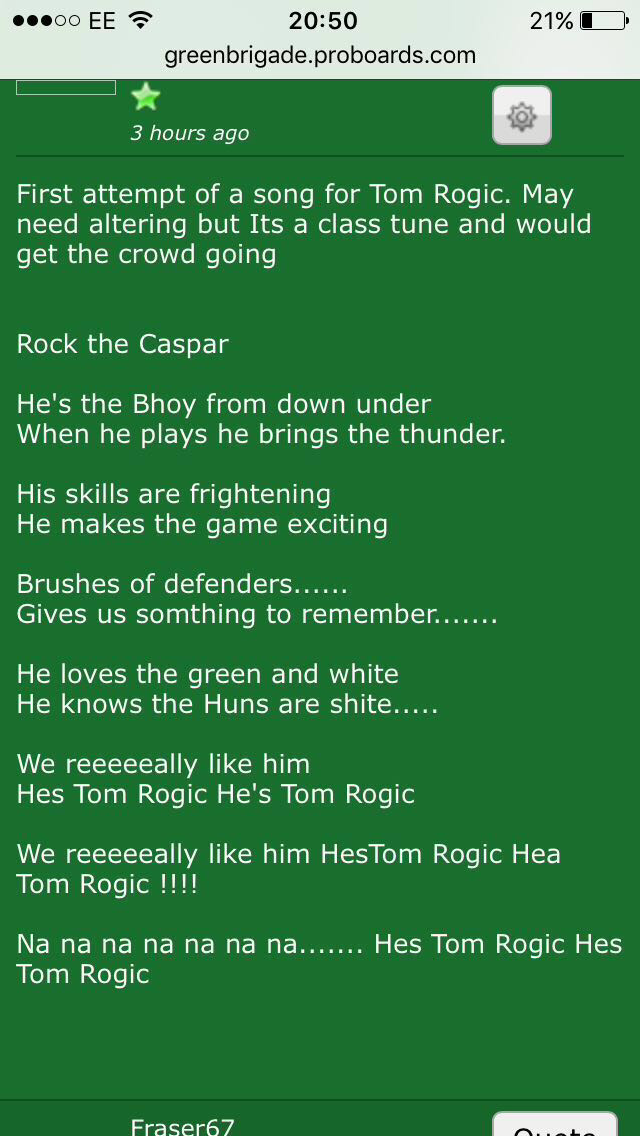 So over the past few days we have worked with supporters to provide a variety of options for a new song for Tom Rogic.

If you are on your supporters bus on the way to the game tomorrow you could always try to get the lyrics out there for the one you think works best. Maybe the excellent Green Brigade will bust into a Rogic song at some point tomorrow.

Whichever song wins and becomes the new Tom Rogic song is immaterial. What matters most is that this very special player gets his own song.

Certainly by the time he’s fit and back in the Celtic side.