MOHAMED ELYOUNOUSSI has admitted his behaviour was “unacceptable” in looking at his mobile phone after being subbed in Celtic’s 4-1 flop against Sparta Prague last night.

And the Norwegian international forward acknowledged he would “accept any punishment” that may come his way from manager Neil Lennon who was fuming when he was informed of the player’s actions while sitting in the Parkhead stand, as CQN reported earlier today.

Elyounoussi looked unhappy when he was removed from the action on the hour mark with the Hoops toiling two goals adrift against the Czech Republic outfit in one of the most lamentable showings in recent years.

The on-loan Southampton attacker, the two-goal hero in the 2-2 draw in Lille in France the previous week, insisted he was checking the score of the other Europa League Group H match between AC Milan against the French club when he was caught on BT Sport TV cameras. 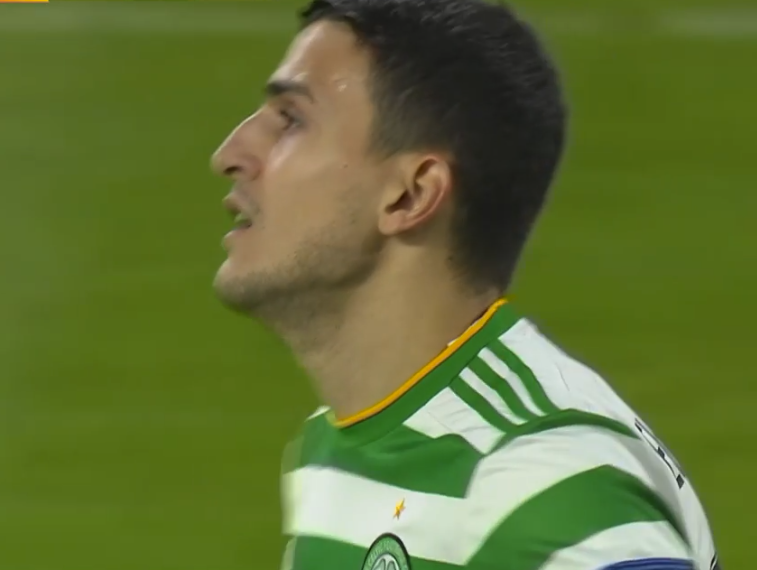 The 26-year-old left-sided attacker, who agreed a second loan season at the champions in the summer, said the matter is now finished after he explained himself to boss Lennon and skipper Scott Brown.

Elyounoussi, speaking to Norwegian newspaper VG, admitted: “First of all, this is unacceptable from me. I have talked to both the coach and the captain and the case is dead between us.

“The phone is just out of pocket. I have warnings from Milan-Lille, the second match in our group, and I just wanted to check the result in that match.

“In any case, it is stupid of me to put myself in that situation. I lie down and take the punishment I’ll now possibly get.”

BT media pundit Chris Sutton reacted furiously to the player’s actions and stated he should be fined a fortnight’s wages while questioning his commitment to the cause.

Elyounoussi added: “I heard what Sutton commented and that is 100 per cent wrong. On the contrary, I am very dedicated.”