Celtic Quick News on News Now
You are at:Home»Latest News»VAN DIJK’S PITTODRIE ROLLERCOASTER
By CQN Magazine on 6th May 2015 Latest News
VIRGIL VAN DIJK must wonder what lies in store for him against Aberdeen at Pittodrie on Sunday.
The Dutch central defender made his Hoops debut against the Dons as a second-half substitute for Efe Ambrose in a 2-0 away win in August 2013.
In February last year, he was sent off early on after being adjudged by referee Craig Thomson to have brought down Peter Pawlett as the Hoops lost their unbeaten league record, going down 2-1.
But he had better fortune in this campaign with a last-gasp winner in the 2-1 victory after skipper Scott Brown had seen red in November.
The classy 23-year-old centre-half is now looking forward to another trip north knowing the club’s fourth successive title is in the bag.
He said: “It’s a championship, so it’s an amazing feeling to win it. It means you’re the best in Scotland and that’s where we belong.
“We can now celebrate it there and we can show that we’re champions.
“That game in November was an important one, especially after Broony’s red card and we were trying to hold on to get one point.
“It was an important goal at the end and it looks like it was a big goal as far as three points in the context of the season.

“It’ll be good to go back up there, but it’s amazing to win the championship any time. It’s unfortunate that it has not come straight after a game, but it is what it is.”

Van Dijk, speaking in this week’s Celtic View, added: “My first game was at Aberdeen. I came on as a sub for Efe and it was a great feeling. 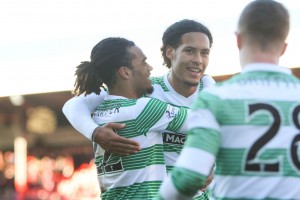 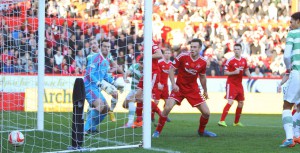 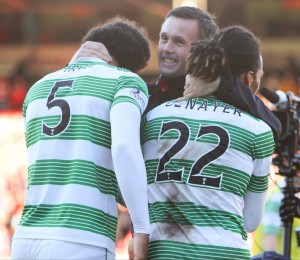 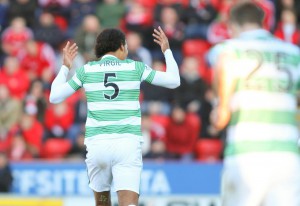 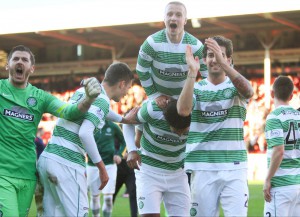 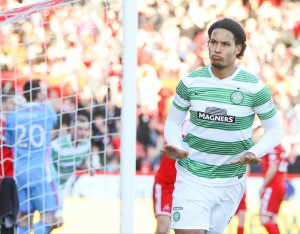