Celtic Quick News on News Now
You are at:Home»Latest News»‘WE ARE ONLY AT THE BEGINNING,’ POSTECOGLOU
By CQN Magazine on 20th August 2021 Latest News

ANGE POSTECOGLOU admitted he is still preparing for the different challenges that he will face as Celtic manager.

The Hoops boss acknowledges he is still building his philosophy into the squad of players and getting his ideas across to take the club forward.

Following five successive wins with 18 goals scored, Postecoglou is now plotting the downfall of St Mirren, who will be without Covid victim boss Jim Goodwin who is now self-isolating after testing positive.

Asked if there were a few more gears for the club to progress, Postecoglou said: “Of course, there are. We are only at the beginning.

“It was only two or three weeks ago when people were possibly questioning what I was doing. We’re very much at the beginning of what we are trying to create or what I want to do. It’ll take time and we have to prepare for many different challenges. 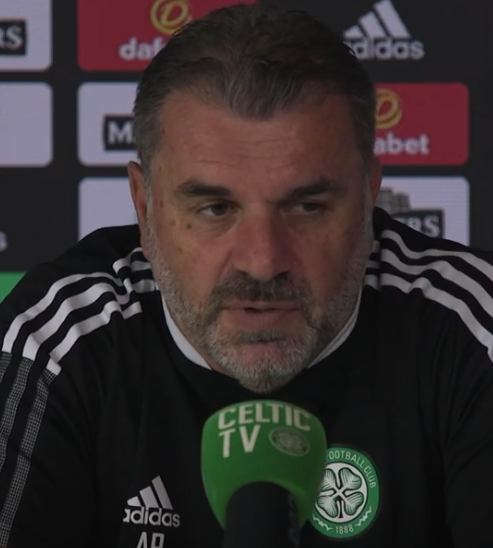 CELTIC CHAT…Ange Postecoglou promises “this is just the beginning.”

“I haven’t sensed that at all with this group. At the moment, the key thing for us is that they’re enjoying their football, they are getting their rewards and for the most part none of them want to miss out.

“That’s a good thing and that’s also part of the battle as when I ask them how they feel and they’re all buzzing and they all want to play, but I kind of know that there must be a couple who are feeling a bit sore.

“I think when you have that sort of attitude and enthusiasm, it’s unlikely that they’re going to go in there looking for an easy game.

“They are going in there to play our football, improve our football and make sure that we don’t stand still at any moment.”

Postecoglou hinted there may be a return for Ryan Christie against the saints and, speaking to Celtic TV, added: “He trained over the last couple of days and he’s ready to go. Everyone pulled up okay after the Alkmaar game.

“It was a pretty punishing game, to be fair, so there’s probably still a couple of sore bodies in the group.

“I’m going to give it right up until tomorrow squad-wise to see how people are, but we probably will make one or two changes.

“Who that’s going to be at the moment, I’ll keep an open mind about it, but it’s good to have Ryan back in the group and he’ll certainly play a part tomorrow.”