And the versatile performer hopes to make up for lost time in the second half of a vital campaign at home and abroad for Celtic.

Bitton came on for skipper Scott Brown in a cameo appearance as the holders coasted to a 3-0 victory over League One part-timers Airdrie to set up a last-16 clash with St Johnstone in the east end of Glasgow next month.

The elegant 6ft-plus performer is battling back after a knee operation and hopes to get the nod to be involved in Brendan Rodgers’ squad for tomorrow night’s visit of St Mirren.

Team-mate Scott Sinclair, who netted two goals in the Cup triumph, believes the player is returning at just the right time. 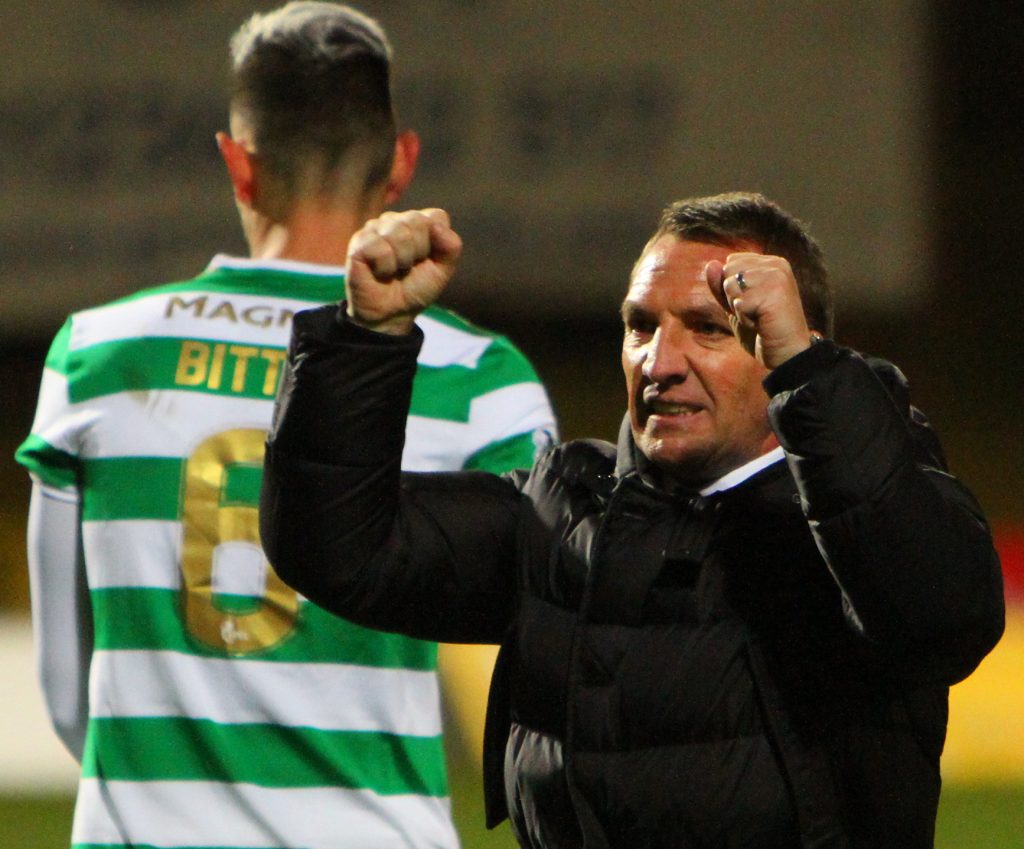 GOOD TO SEE YOU BACK…Brendan Rodgers with Nir Bitton.

He said: “It’s great to see Nir back. He has been out for a long time. He’s got great attributes for the team.

“When he comes in he’s got that range of passing. It’s great for the whole team that he’s back, and for competition.

“You could see the experience he has when the manager brought him on against Airdrie. The manager has obviously got confidence in him. He’s a great player.”

Rodgers added: “It’s great for Nir to come back. It’s been a long journey for him being out for nearly a year.

“To get 10 minutes and come in and get a nice touch, he’ll be another important player in the second half of the season.”

As well as Premiership and Scottish Cup challenges, the Hoops will also take on Spanish cracks Valencia in the Europa League double-header next month.