Celtic Quick News on News Now
You are at:Home»Latest News»‘WE’RE READY TO BE PUT ON THE SPOT’
By CQN Magazine on 15th April 2018 Latest News

BRENDAN RODGERS will make sure Celtic are spot on at Hampden this afternoon.

The Hoops boss has ordered his players to practice penalties to make sure there is no chance of more Scottish Cup semi-final shoot-out misery.

Ronny Deila was heading for the Parkhead exit two years ago after the team lost 5-4 in the spot-kick showdown against the Ibrox side following a 2-2 extra-time draw.

Callum McGregor cracked his effort off the crossbar, Scott Brown’s effort was too close to Wes Foderingham and Tom Rogic missed the target completely. 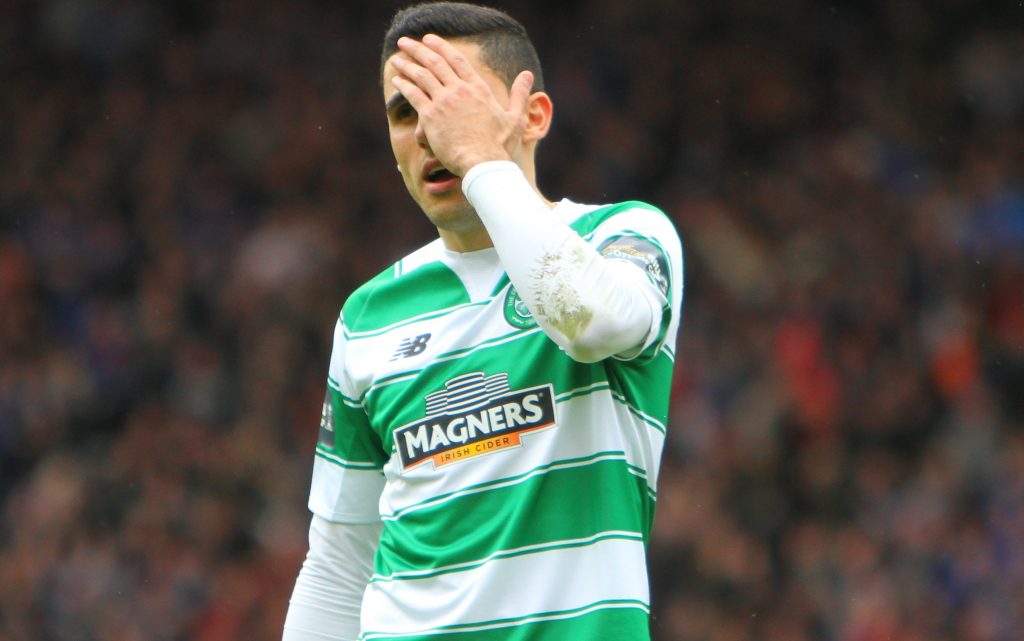 SPOT-KICK SINNER…Tom Rogic after his miss in 2016.

Inside a month, Rodgers had replaced the Norwegian and he is determined there will be no unwanted action replay on this occasion.

He admitted: “We cover for everything and penalties are something you can’t discount.

“Even though it’s hard to recreate that situation, I think you can practice. Walking up to the spot, putting it down and looking in the goal – your heart won’t be beating the same, but you can still have the sensation of the penalty.

“So, that’s something we will cover methodically.

“It’s been good this week. We have looked at the previous game for areas we can be better, areas they might look to exploit.

“We have looked at the detail of that and coached it through the week.

“We’ve prepared the players mentally and then we polish them up before the game.”