Celtic Quick News on News Now
You are at:Home»Latest News»WHY KT WILL HAVE TO WORK OVERTIME
By CQN Magazine on 1st November 2018 Latest News

KIERAN TIERNEY can expect to face some extra shooting practice at Lennoxtown in the coming weeks.

The Scotland international defender put in his usual excellent performance in the five-goal destruction of Dundee at Dens Park last night.

Fans’ favourite Tierney was involved in two of the four first-half goals as he rampaged down the flank to shred the opponents’ rearguard. 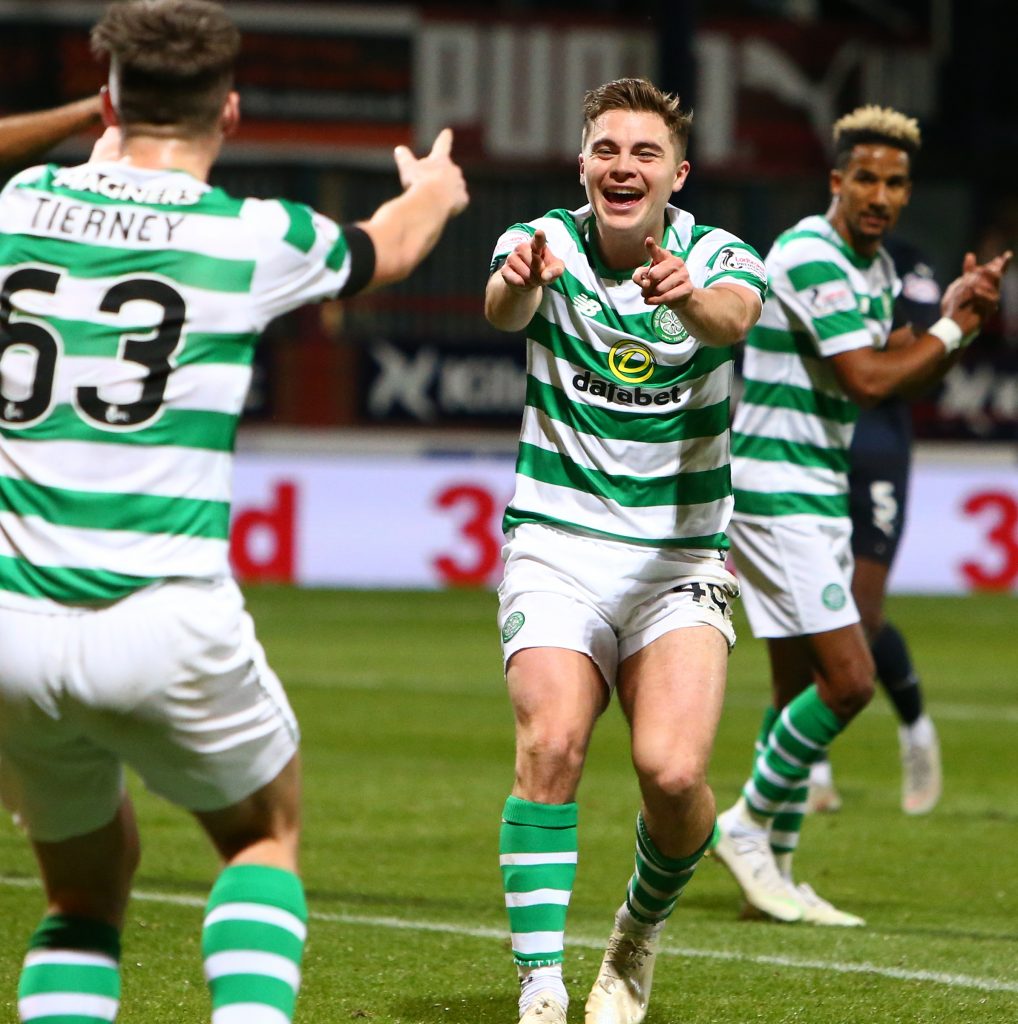 Tierney had the miss of the night just after the hour mark following being set up with a sublime ball across goal from young Aussie substitute Daniel Arzani.

It looked as though KT couldn’t fail to roll in the sixth goal in the rout, but, from inside the six-yard box, he contrived to hit the ball wide of the upright.

Rodgers observed: “Kieran should have scored at the back post. Kieran is always in the wars. He gives his best. He’s an incredible talent.

“I would like to have seen him score. We need to work on that right foot!”