Celtic Quick News on News Now
You are at:Home»Latest News»‘£25m FOR KT? NO THANKS,’ SAY CELTIC
By CQN Magazine on 1st July 2018 Latest News

CELTIC will boot out the expected £25million bid Kieran Tierney when it arrives from Everton.

The champions are not interested in doing business at that price as the Goodison outfit attempt to lure the 21-year-old left-back from Parkhead.

Tierney, who signed a six-year deal in October, insists he will not ask for a move from the club he has idolised as a kid.

It is clear the champions do not need to sell and they have no intention of selling the fans’ favourite.

Brendan Rodgers has revealed he has had a long chat with Tierney amid  the interest with Manchester United also reported to be monitoring the situation. 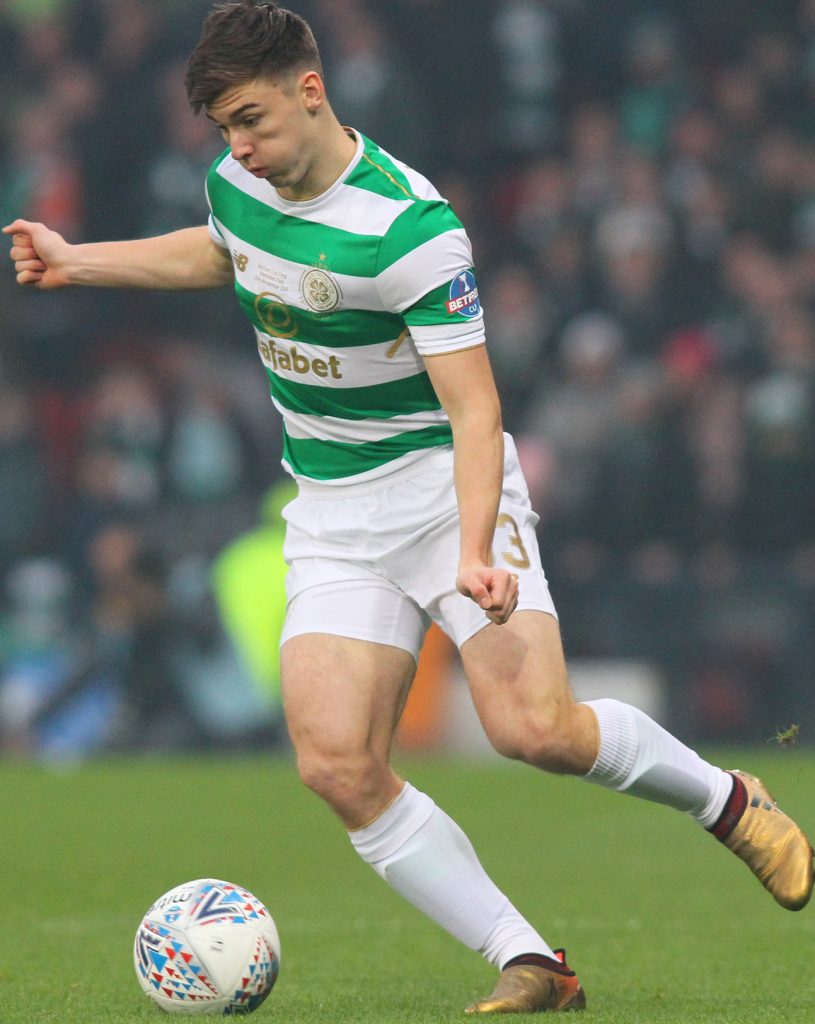 And the Hoops boss is adamant there’s no chance of the highly-rated defender losing his focus.

Tierney made an error that led to Bohemian Prague’s winning goal in the second game of the Austrian tour yesterday, but the Irishman said: “Kieran is very committed and  nothing changes.

“He is a good boy and I had a long chat with him just about keeping his focus, really.

“These things you can’t control. You just need to stay focused on keeping yourself fit and ready for the games.

“If something comes in, then fine.

“But he just needs to go out and concentrate because it is an important part of the season as we get ready for a long campaign. He is absolutely fine.”