Celtic blitzed Aberdeen with three goals in the opening 11 minutes in what at that stage looked set to be a drubbing, but the hosts pulled a goal back in the 12th minute, which set a parity for the remainder of the match.

Leigh Griffiths has had to be patient this season but he made the most of his starting opportunity tonight. The opening goal, came from his corner, which was headed into the net by Dedryck Boyata. Patrick Roberts had a clear chance to open the scoring seconds earlier, but Aberdeen keeper Lewis turned his effort behind. 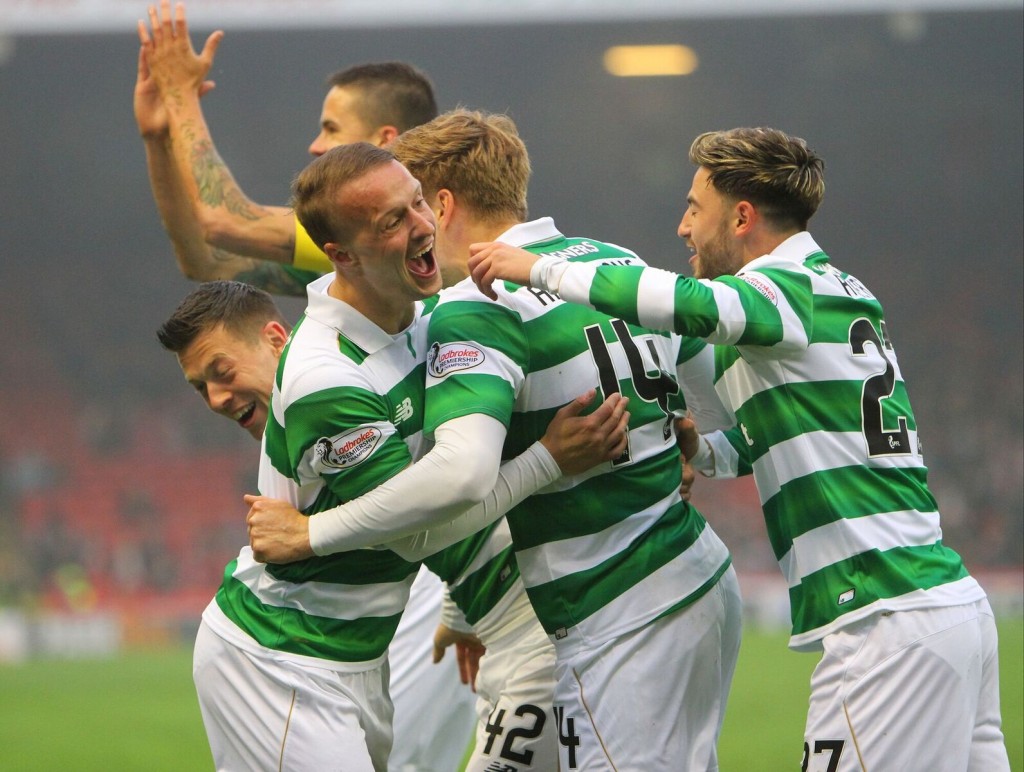 The second Celtic goal arrived on the 8th minute. There was nothing really on when Griffiths collected the ball wide on the right, but one cheeky nutmeg later and the Aberdeen defence were chasing shadows. Leigh crossed and Callum McGregor fired a shot which was blocked by Logan. The rebound fell to Stuart Armstrong, who contorted his body to make a contact good enough to score.

Again, there was little obvious danger when Leigh Griffiths collected the ball 30 yards out in 11 minutes. The Celtic striker took on two defenders before cracking a shot from 24 yards, which moved and deceived Lewis before smacking the back of the net.

At this point Celtic looked more likely to score six than to settle for three, but, remarkably, the fourth goal of the game arrived just a minute later, when Jonny Hayes lost Kieran Tierney with a quick change of direction before thundering one into the top corner from 23 yards. 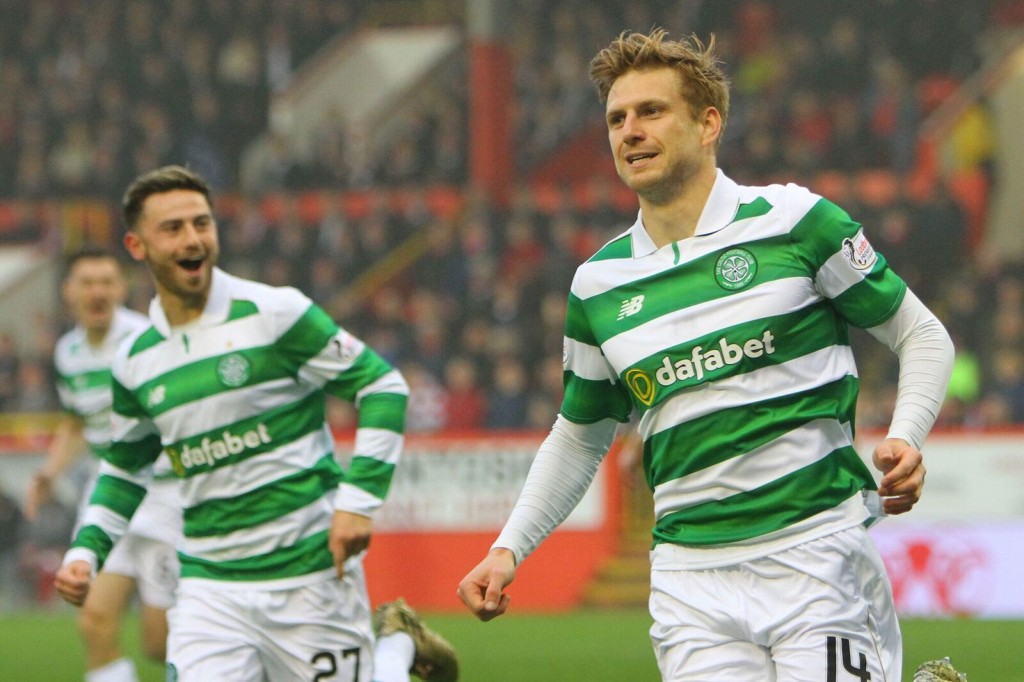 It was now Celtic’s turn to rock. Perhaps the game’s most important subsequent moment came after just 14 minutes when Stockley lost the Celtic central defenders, but couldn’t make contact with a cross 7 yards in front of goal.

Celtic’s passing in recent weeks has been exceptional, but they didn’t get this right on a choppy Pittodrie surface, as the unforced error count spiked. The ball rotation we have become used to seeing this season didn’t happen often, underlining the importance of suspended Scott Brown.