KRISTOFFER AJER is taking nothing for granted when Celtic face FC Copenhagen in the Europa League last-16 encounter at Parkhead tonight.

The Norwegian defender, who has scored crucial goals against Aberdeen and Kilmanrock in back-to-back Premiership outings this month, expects the games to make the Hoops work all the way if they are to achieve a place in tomorrow’s ballot.

And Neil Lennon and his players are well aware that the job is only half done after last week’s 1-1 draw in the Danish capital.

The eight-in-a-row title kings only have to look back to August and the disastrous evening against Cluj when they topped out of the Champions League qualifiers after getting an identical result in Romania in the first leg.

They slipped to an agonising 4-3 defeat in the east end of Glasgow when they made a shock exit from Europe’s elite tournament.

Ajer, 21, speaking in the Evening Times, reflected on the tie in Copenhagen and said: “We knew it was going to be a tough game. It’s a difficult place to go to.

“We played very good in the first-half and in the second-half they played very well and made it hard for us.

“It was a positive result for us, but I don’t know if we have big advantage. If they managed to get a goal in Glasgow then it’s wide open. But we have scored an away goal and we have to dominate the second leg as much as we can. 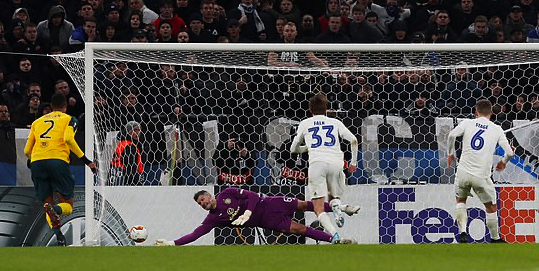 “If we can repeat the first-half performance then, of course, we will be okay. But I thought we defended pretty well in the second-half.

“They got around us down the sides a few times, but they didn’t create too many chances. Obviously, Fraser Forster saved the penalty, as well, but we were okay with the 1-1 draw.

“Fraser is unbelievable. Whenever we concede a penalty, it’s almost like you have this belief he’s going to save it.

“He is so big it’s almost impossible to get past him. It’s great to have that presence as you are always confident, he is going to save them.

“He has saved a lot of penalties and he is a very important player for us.

“We are in good position going into the second leg.”