Celtic Quick News on News Now
You are at:Home»Latest News»ANGE’S ‘ANIMAL’ ON VERGE OF ‘ONE OF THE SWEETEST LEAGUE TITLES IN CELTIC’S HISTORY’
By CQN Magazine on 28th March 2022 Latest News

ANGE POSTECOGLOU and his revamped squad are on the brink of “one of the sweetest league titles in Celtic’s history” as the manager plans for Sunday’s Premiership head to head wiith Giovanni van Bronckhorst’s outfit at Ibrox.

Former Hoops hero Kris Commons reckons his old club are within touching distance of something special with the High Noon shoot-out in Govan fast approaching.

Postecoglou’s side went one point ahead at the Premiership pinnacle when they pulverised their Glasgow rivals into submission on February 2 when a double from Reo Hatate and a typical opportunist’s strike from Liel Abada had them coasting three goals ahead at the interval. 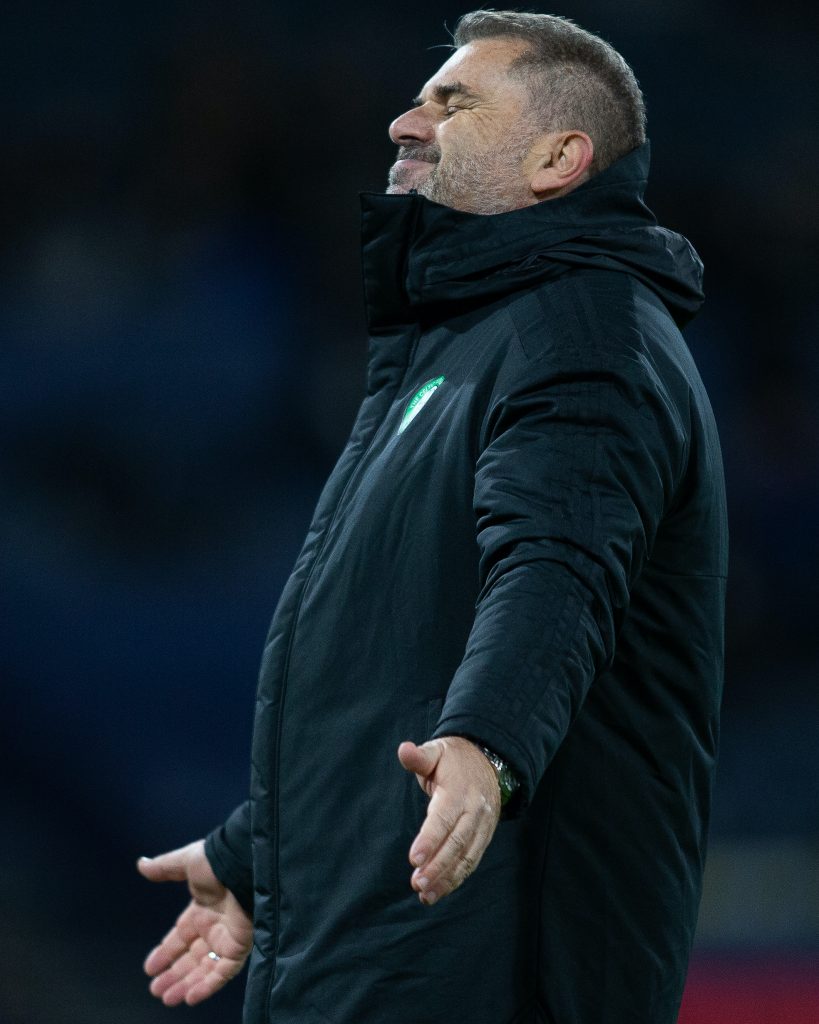 GLASGOW BELONGS TO ME…that’s the hope of Ange Postecoglou as he plots a derby triumph on Sunday.

There were 14 league games still to play back then, but that is now down to seven with Postecoglou’s men three points ahead going into the home straight.

Commons reckons the Ibrox players must realise they are drinking in the Last Chance Saloon with their visitors knowing a win will double their points advantage with six to play – and one of them is at Parkhead, scene of the Govan club’s destruction last month.

The former Scotland international midfielder said: “It’s not just the fact that Celtic would go six points clear. There are a few different things you have to consider in all of this.

“It’s the psychological damage they could inflict on Rangers if they were to beat them on their own patch on the back of that Celtic Park annihilation. 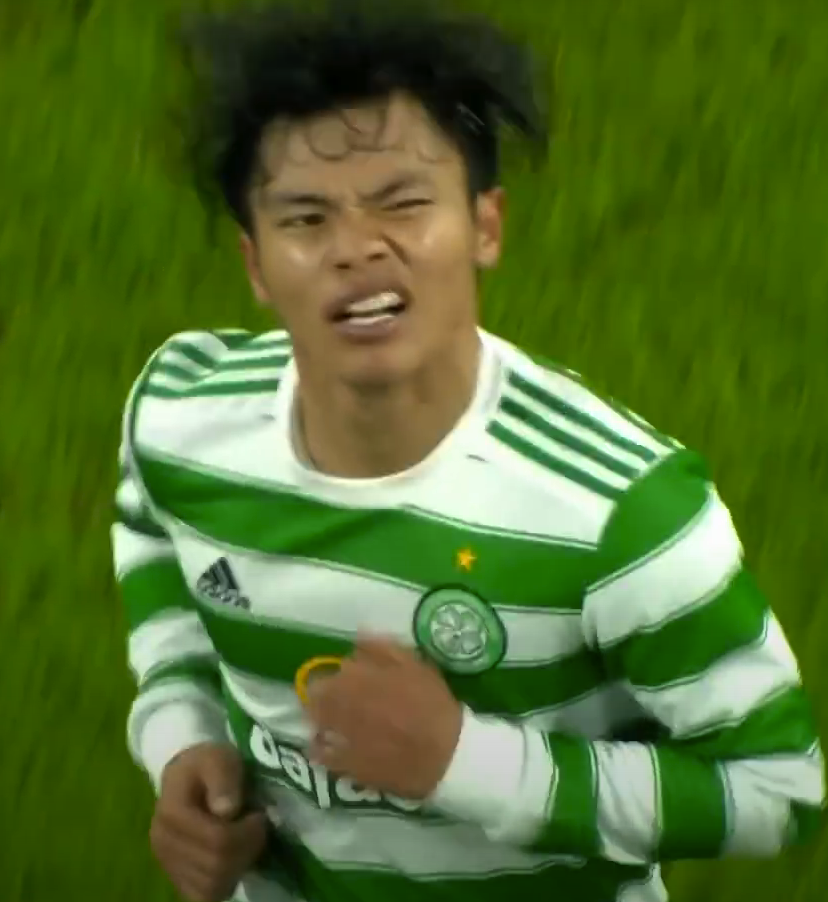 SMILE, PLEASE…Reo Hatate’s expression disguises the fact he has just thumped in his second goal in the derby demolition last month.

“There’s also the fact that Rangers are still juggling their domestic ambitions with trying to make further progress in the Europa League.

“Even beyond next week’s game, I still feel there’s a vulnerability to this Rangers team domestically and I sense that they could drop more points from now until the end of the season.

“I don’t get that same impression from Celtic at the moment. They look extremely slick and well-drilled. Postecoglou has created an animal.

“If they do go on and become champions, I feel it would rank as one of the sweetest league titles in Celtic’s history, given the shambles the club were in last summer.”

Commons, writing in his Daily Mail column, added: “For Rangers, it’s a game they simply cannot afford to lose as they look to defend their title.

I’M IN CHARGE…Callum McGregor is ready to play a key role in the Ibrox High Noon showdown.

“Giovanni van Bronckhorst is an experienced operator. He knows how things work in Glasgow and he knows the pressure that he and his players will be under on Sunday to right the wrongs of the defeat at Celtic Park last month.

“I expect Rangers to go full throttle and try to unsettle Celtic in the early part of the match. Their fans will demand them to get on the front foot.

“It will be a big test for the Celtic defence and the likes of Carl Starfelt and Cameron Carter- Vickers. They have both improved steadily as the season has gone on.

“But, particularly in European games, Celtic have been exposed at the back too easily. Rangers will look to play on that and maybe plant some doubts into their minds again.

“That’s where the likes of Callum McGregor and Joe Hart will be key in the spine of the team. If Celtic start having a wobble at any point, they need to use their experience to calm things down.”