CELTIC midfielder Stuart Armstrong is refusing to talk about a contract extension and insists he’s focusing on his match fitness.

The Scotland international is attempting to get back to peak condition for the run-in to a crucial campaign after his January hernia operation.

Armstrong was out for two months before his cameo appearance late in the 3-2 win at Ibrox on March 11.

For the second successive season, the former Dundee United star is approaching a summer where his Hoops deal is running into its final year.

Last time out, boss Brendan Rodgers dropped Armstrong for a loss of form and hit out at his agent Liam O’Donnell as negotiations stalled.

The playmaker eventually signed a one-year extension, but the Irishman is adamant he will not get involved in a similar scenario on this occasion.

When asked about the contract situation, Armstrong answered bluntly: “I’m not going to talk about that just now.” 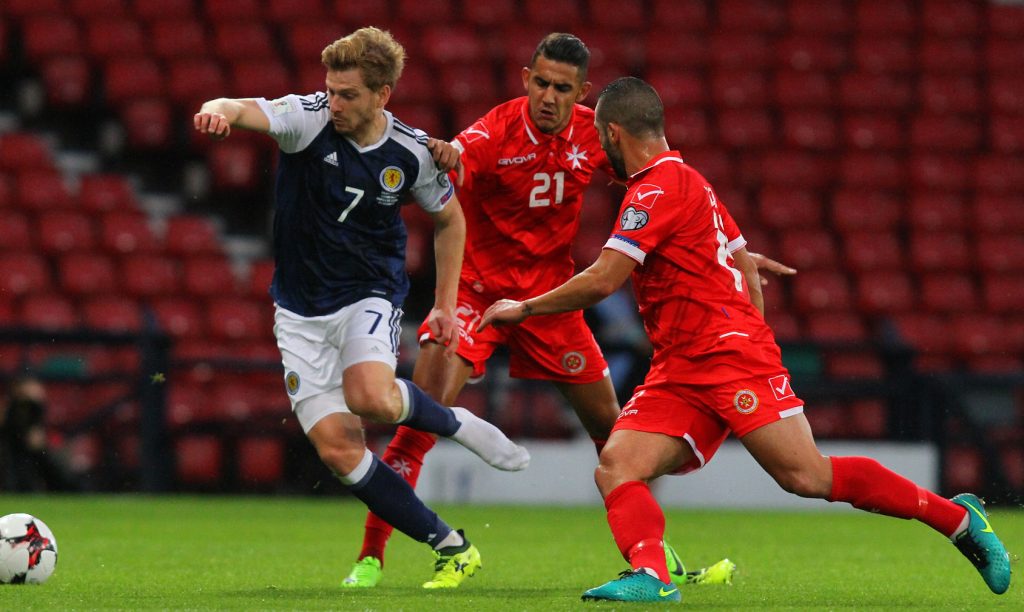 Instead, the 25-year-old is more concerned about getting back to full power.

He has yet to start a game in 2018, but also made a second-half appearance off the substitutes’ bench for Scotland in last Friday’s 1-0 loss to Costa Rica in the friendly international at Hampden.

Armstrong is likely to get a starting place in Alex McLeish’s second comeback game as Scots gaffer in this evening game against Hungary in Budapest.

He said: “I had five minutes at Ibrox, 30 minutes against Motherwell and then another half-an-hour for Scotland, so I’m definitely feeling much better physically now than I did in December.

“I’m feeling good and really looking forward to being involved in the big games between now and the end of the season.”