Celtic Quick News on News Now
You are at:Home»Latest News»BRENDAN ON BRINK OF HISTORY
By CQN Magazine on 11th March 2018 Latest News

CELTIC boss Brendan Rodgers is on the brink of becoming a History Bhoy at Ibrox this afternoon.

The Irishman can go one better than Jock Stein and Martin O’Neill with a fourth successive win at Sevco Rangers’ ground.

The legendary Stein led the Hoops to three victories in a month in season 1971/72 while O’Neill managed the feat spread over 11 months from April 2003 to March 2004.

Kenny Dalglish netted in three games on the bounce against Willie Waddell’s team as the Parkhead men kicked off a memorable hat-trick in the early seventies.

Stein was the architect of wins in two League Cup-ties and a league game in Govan while Celtic Park was under reconstruction.

His side triumphed 2-0 in the first Cup confrontation on August 14 1971 with goals from Dalglish and Jimmy Johnstone. They returned a fortnight later and were 3-0 victors with Dalglish, Bobby Lennox and Tommy Callaghan on target.

Two weeks later in the league, Celtic were 3-2 winners with Dalglish, Johnstone and Lou Macari the marksmen. 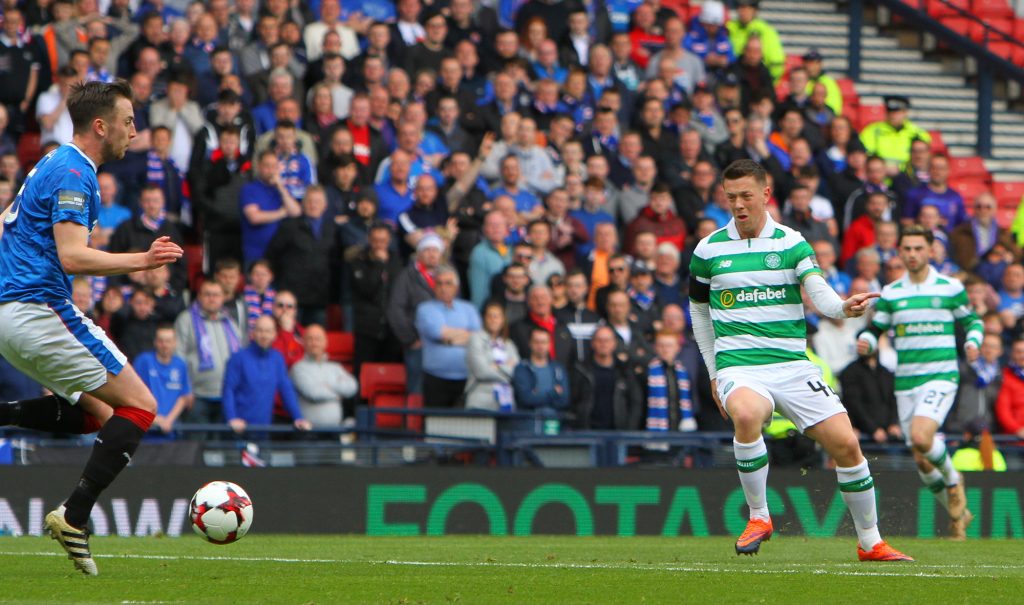 During that season, Stein’s side completed their 100 per cent Old Firm record with a 2-1 win at Parkhead on January 3 1972. Johnstone and Jim Brogan were the marksmen. Colin Stein scored for the visitors.

O’Neill kicked off his three-in-a-row surge when goals from Alan Thompson (pen) and John Hartson gave his team a 2-1 win over Dick Advocaat’s outfit on April 27 2003.

Hartson crashed home the only goal of the game at Ibrox on October 4 the same year while Henrik Larsson and Thompson were on target in a 2-1 success on March 28 2004.

Rodgers’ sequence got underway on Hogmanay 2016 when Moussa Dembele and Scott Sinclair netted in a 2-1 triumph after Kenny Miller had opened the scoring.

Goals from Tom Rogic and Griffiths made it three out of three in the 2-0 victory on September 23.

Rodgers and O’Neill share the distinction of beating each Rangers they faced five times in one season. The current gaffer achieved the feat during the Invincibles’ campaign while O’Neill notched up his quintet of success in season 2003/04.