JAMES FORREST is certain his Celtic team-mate Callum McGregor WILL get his chance at international level.

The in-form midfielder was overlooked by Gordon Strachan when he named his squad for tomorrow night’s World Cup qualifier in Lithuania and Malta at Hampden three days later.

The Scotland boss selected six players from the champions – Forrest, Craig Gordon, Kieran Tierney, Scott Brown, Stuart Armstrong and Leigh Griffiths, but there was no nod in the direction of McGregor.

Forrest said: “At the end of last season, Callum was in very good form, he did really well and he’s started this campaign on form, as well, which is good for him. 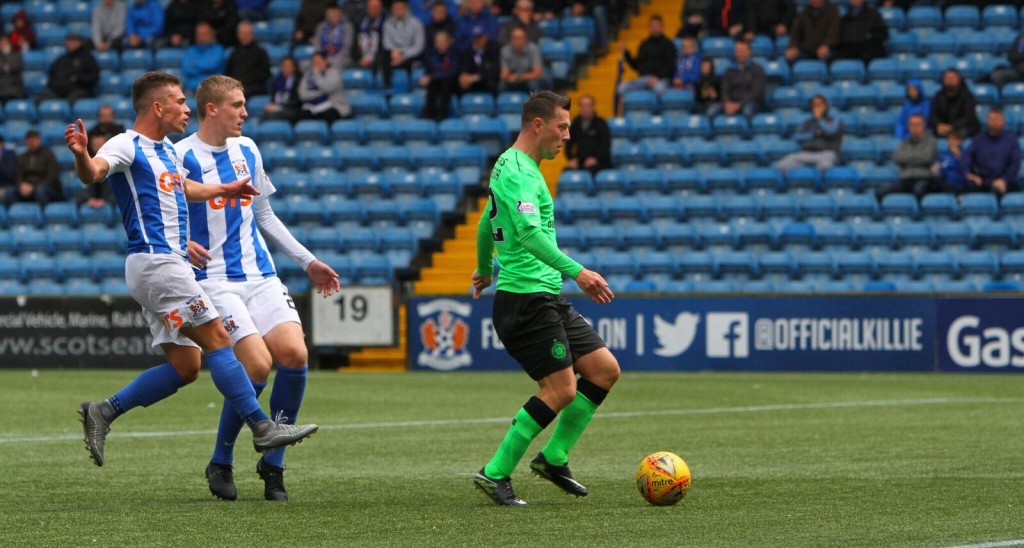 “He just needs to wait for his chance and, hopefully, it will come for him.

“However, it shows you the quality we have. Midfield is a really strong position for us.

“There are two or three players who can play in every position and it’s obviously good for he manager that he can choose from so many players.”

Forrest admitted the two forthcoming encounters fall into the must-win category if the Scots are to have any hope of qualifying for the World Cup Finals in Russia next year.

The winger added: “I think when you play with Scotland and you’re trying to qualify for a tournament, every game is a big-pressure game.

“We know it’s not going to be an easy game. You think it’s Lithuania and it’s going to be easy, but it’s not, it’s international football.

“I’ve seen that the last five or six times that Scotland played Lithuania there’s only been a goal in the game, so we know it’s going to be tough and we’ll have to be ready from the start.”