CALLUM McGREGOR has praised Neil Lennon and insisted he has been “absolutely brilliant” since he took over as interim manager in February.

The Hoops are unbeaten in 10 games under the returning Hoops gaffer who took over in the wake of Brendan Rodgers’ hasty departure to Leicester City.

Now the champions are within one point of their eighth successive title which they can clinch against Aberdeen at Pittodrie on Saturday.

Midfielder McGregor reckons Lennon deserves a lot of credit for steering the club through a difficult period to what could turn out to be a historic campaign for the Parkhead men.

The holders will meet Hearts in the Scottish Cup Final at Hampden on May 25 – exactly 52 years to the day the club won the European Cup – and a victory over the Edinburgh outfit could clinch the unprecedented treble treble.

McGregor, speaking to The Scotsman, said: “A lot of the work was done by Brendan, but to come in after the shock of what happened, the gaffer re-stabilised the club.

“We’ve been winning games, we’re still unbeaten under him, so to steady the ship, he’s been absolutely brilliant.

“I think it’s as much his title, it’s a team effort. Everyone at Lennoxtown has played their part, that’s why we’ve been so successful.

“The coaching staff, everybody at Lennoxtown, the manager coming in and stabilising the place and then the players putting all the ideas out there on to the pitch and getting the wins and performances. It’s a real collective for us.” 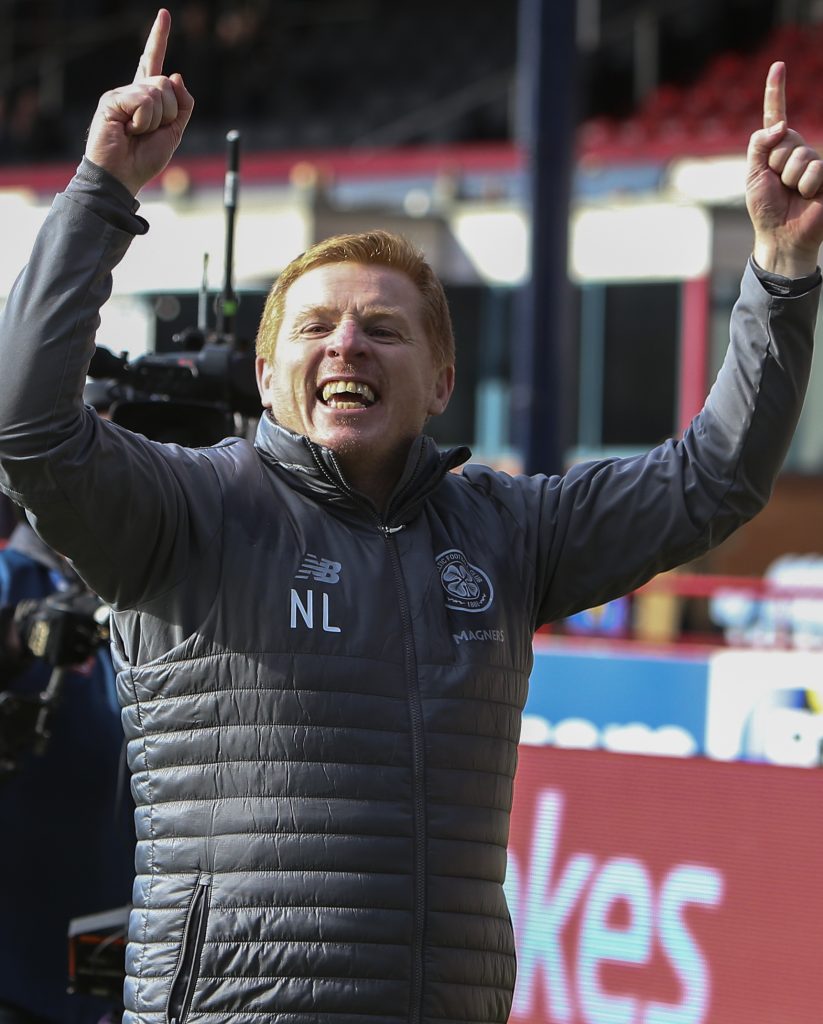 HAPPY DAZE…Neil Lennon looks pleased after the win over Dundee.

McGregor, voted the Hoops Player of the Year last week, reckons Lennon was a massive influence in his career when he was manager first time around.

“At the time when I was trying to breakthrough at 17 or 18, there was some really top players in that midfield at the peak of their career, so it was always going to be difficult trying to get in.

“The team were doing so well, we had Champions League football, so the decision for me to go on loan (to Notts County) came from the gaffer being able to see that the talent was there, but it just needed nurturing.

“If I had never gone away, I might not be sitting here today, so I think everything in your career happens for a reason and the gaffer was a vital part of that sending me away to learn.

“I think it is my best season in terms of everything coming together, consistency, and the amount of games, as well.

“I think I’ve played 90 minutes over 60 times, so it’s a lot of football along with international football.

“So, I definitely feel as if I’m getting towards the peak of my career.”