CELTIC midfielder Stuart Armstrong has agreed a four-year deal with Southampton and the £7million switch will be finalised tomorrow.

The Scotland international will be paraded as Mark Hughes’ first signing for the team at St Mary’s once the formalities have been taken care of between both clubs.

Armstrong, 26, had his medical on the south coast yesterday and passed without a problem.

Hughes is delighted to land the six times-capped playmaker who cost the Hoops £2million in a double deal with Gary Mackay-Steven from Dundee United in January 2015.

The former Welsh international boss will look to further strengthen his squad after the club finished just one place above the relegation zone last season, winning a mere seven of their 38 games.

Armstrong will make his Premier League debut in the home game against Aberdeen’s Europa League rivals Burnley on August 11 before travelling to Everton seven days later. 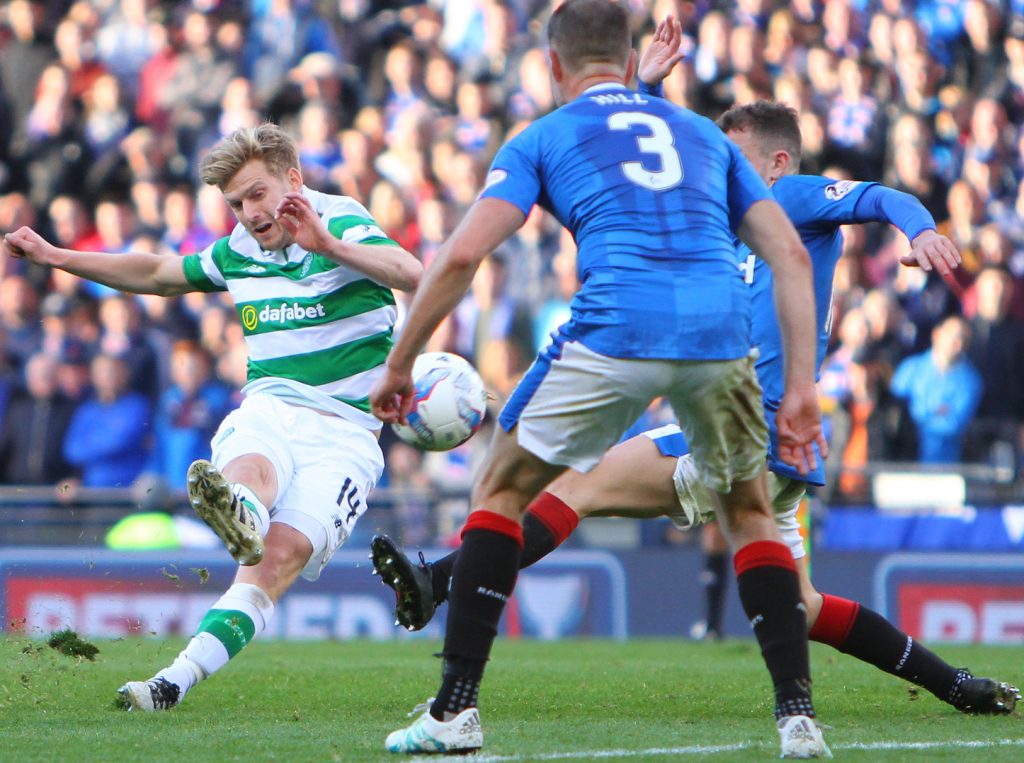 BY THE RIGHT…Stuart Armstrong tries his luck against the Ibrox defence. Pic: Geo.