HAIL! HAIL! The Celts are here.

The Hoops deservedly basked in the full glow of glory following their dazzling display in the midweek 3-0 triumph in the Glasgow derby as they swept back to the Premiership pinnacle for the first time this season.

Ange Postecoglou watched his players illuminate the east end of the city with their pulverising performance as a double from Japanese new Bhoy Reo Hatate and a strike from Liel Abada rocketed the side to a well-merited success which left 60,000 delirious fans breathless – and their opponents well and truly routed. 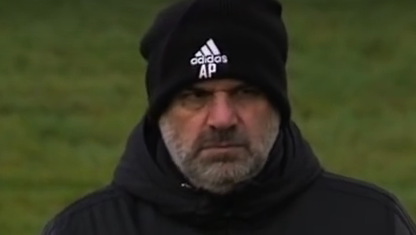 However, it was business as usual when the manager and his squad turned up at Lennoxtown to prepare for the next league test against Motherwell at Fir Park in the 1.30pm kick-off today.

The joyous cheers of an elated, celebrating following were replaced with the ricochet of sleet and snow at the team’s training HQ as Postecoglou and Co, suitably covered up and attired for the occasion, got ready for the challenge of winning three more points while reigning in the rain and bringing the thunder back to Parkhead.

The hard work never stops as Celtic go on their quest for a tenth championship in eleven years.

And here are the pictures to prove it. 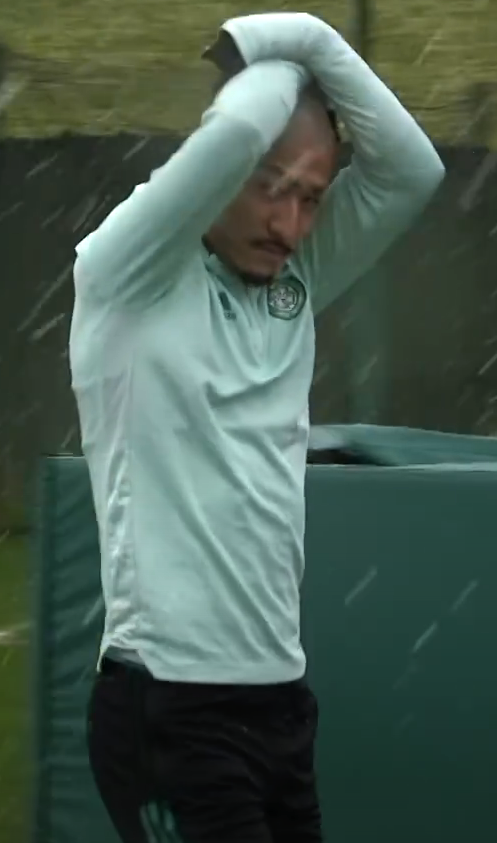 THE BIG COVER-UP…Daizen Maeda is ready to reign. 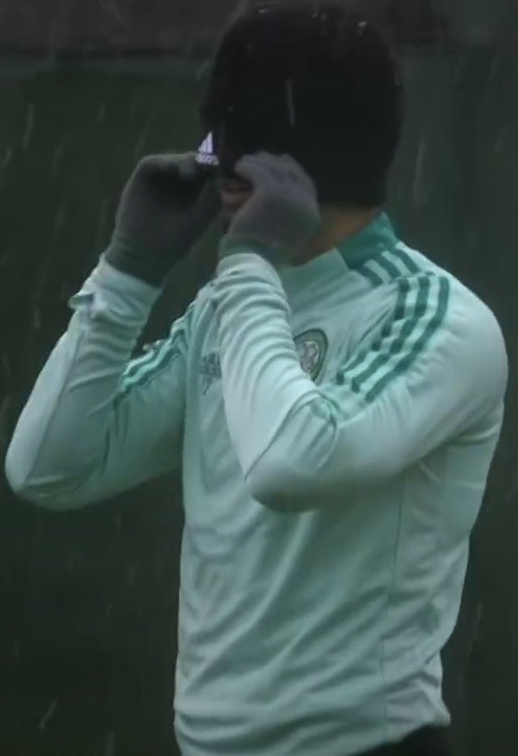 WHO IS THAT MASKED MAN? A Celtic player takes the cover-up a bit too far. 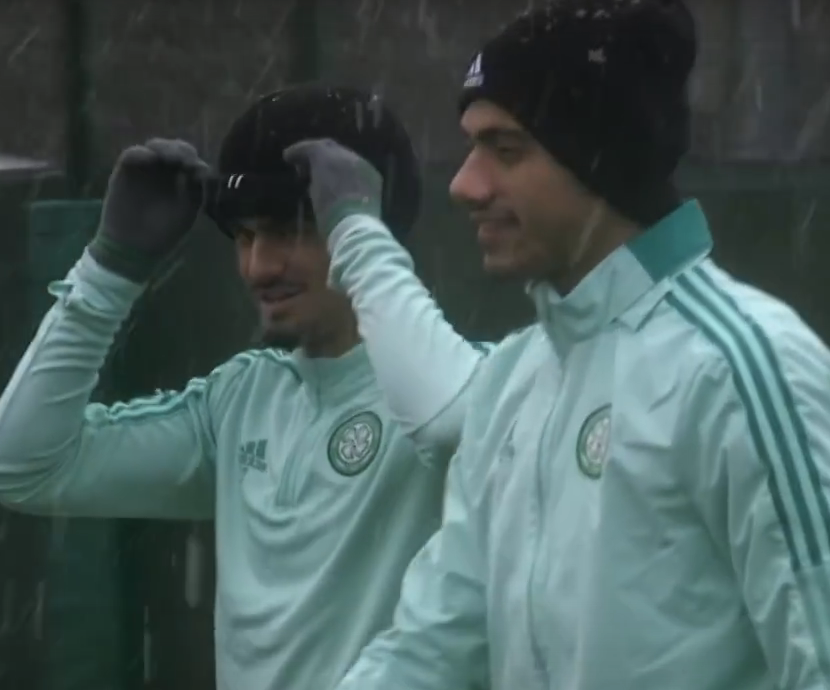 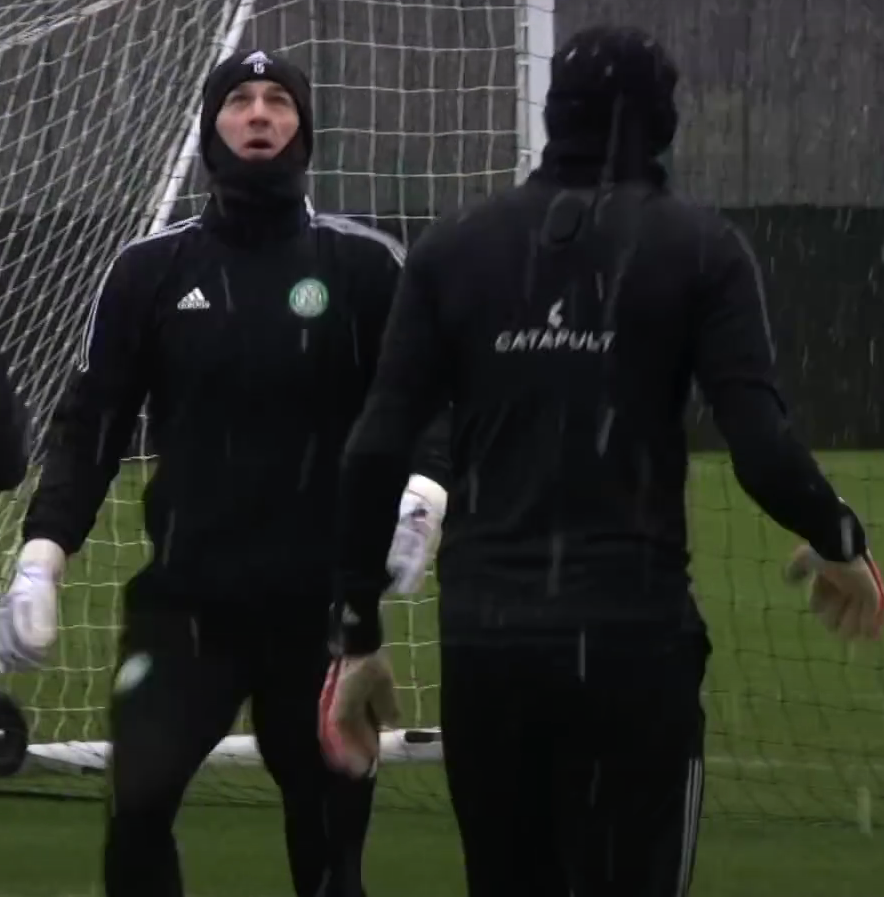 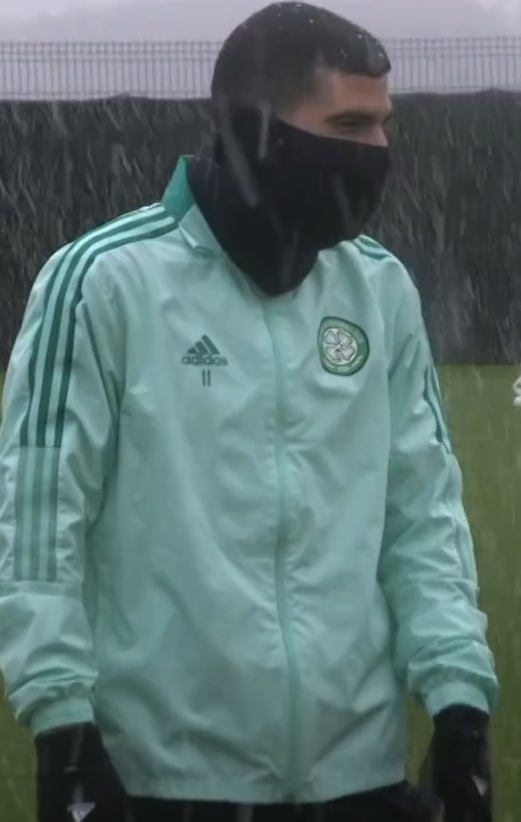 WHO’S A CLEVER BHOY? Liel Abada hides behind his mask. 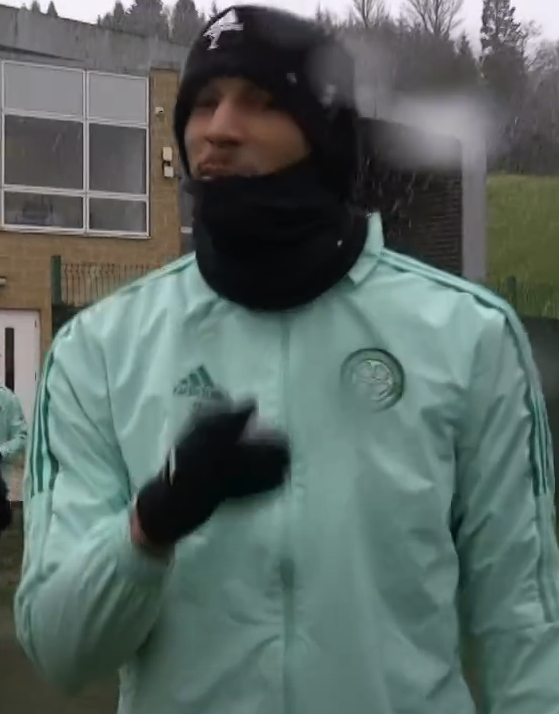 HAT’LL DO NICELY….French defender Christopher Jullien protects himself from the elements.

THE CROAT IN THE HAT…Josip Juranovic displays his gnome-from-home look.

NO FLAGGING…the Celtic stars make sure they will be able to weather any storm. Images courtesy of Celtic TV.

*DON’T miss the unbeatable match report and best action images from Motherwell v Celtic this afternoon – only in your champion CQN.