CELTIC fans have come up with some wonderfully creative songs for their heroes this season. There’s Scott Sinclair’s ‘Scooter’ song, Brendan Rodgers’ Festive Last Christmas and of course Dedryck Boyata’s ‘Denayer’ song – all have added to the atmosphere and the reputation of the Celtic support.

I remember once taking Scooter to a Celtic game at Fir Park. I was telling the Bhoys on the Tommy Gemmell CSC about this the other day but I don’t think they believed me! It was a horrible 0-0 game when bother teams were lucky to get nil and the big man must have gone back to Germany thinking very little good things about our game.

Back to the new songs for Celts, just what has Tom Rogic got to do to get his own song?

Anyway one Bhoy who has his song, and it is a cracker, is Dedryck Boyata, who came out of the cold for first game back after the winter break against Albion Rovers and has been impressive and ever present ever since, scoring the only goal of the game in consecutive midweek victories over St Johnstone and Aberdeen. 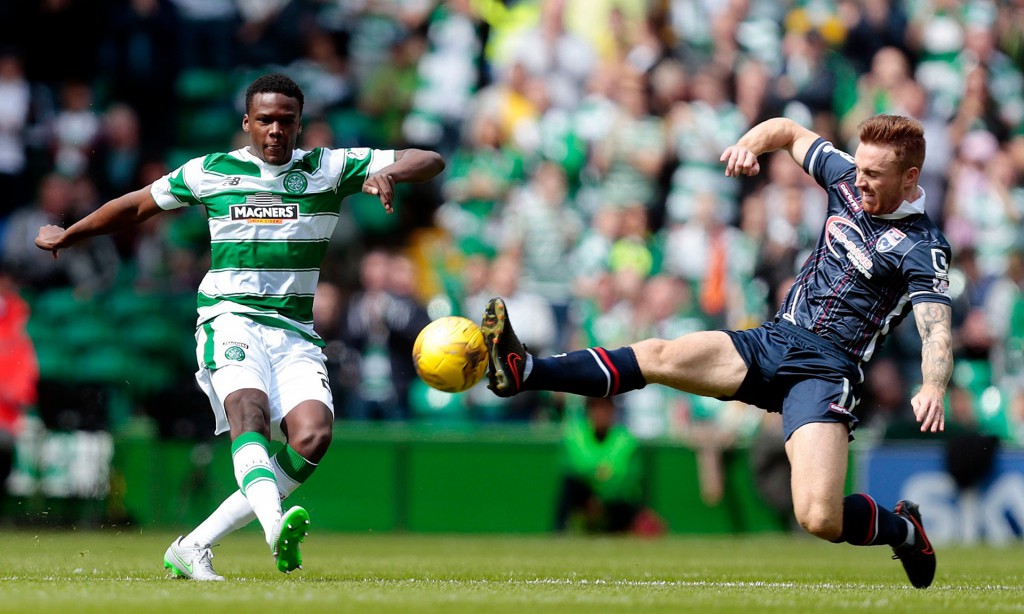 Today the big Belgian, who joined Celtic from Manchester City in the summer off 2015, spoke to the media about his change in fortunes at Celtic in 2017.

“In my mind I enjoy what I’m doing,” he explained . “It’s like I have a point to prove.

“I have been working hard and I think this moment is very important for me. I am here and I want to stay here and keep playing.”

“My way of thinking to get into the game, my focus has changed, so has my football game,” he stated.

“Celtic is a very good club, a very important club for myself and for every player here. Confidence has something to do with it but obviously the manager has played a part for every player too.

“I said to myself before I got into the team I’ve been told points where I needed to improve. You want to show that you have been improving so you have a chance to get into the team.

“I can only talk for myself but the manager has played a big part in my mind.”

Boyata has improved considerably from the shaky looking player we saw under Ronny Deila. The 26 year old seems to have matured as a footballer and has re-gained the confidence that got him a move to a big spending club like Manchester City.

He’s loving life at Celtic and with a point to prove, he’s only going to get better.

And anyone with ideas on a song for Tom Rogic please let us know!

*Get a copy of That Season in Paradise, signed by Lisbon Lion Willie Wallace only from www.cqnboookstore.com now, while stocks last!