CELTIC are wasting no time in refocusing on their search for a new manager following the sensational collapse of the move for Eddie Howe.

One intriguing name to emerge in the past 12 hours or so is former Australian international boss Ange Postecoglou, who is currently in charge of Japanese top-flight side Yokohama F Marinos.

The 55-year-old highly-regarded coach has spent most of his career Down Under, despite being born near the Greek capital of Athens.

Postecoglou won the A-League Premiership title with Brisbane Roar in 2011 and also led the Aussies to triumph in the 2015 Asia Cup.

He was in charge of the Socceroos at the 2014 World Cup where they exited at the group stage that consisted Spain, Chile and Holland. He was behind the country’s qualification for the elite competition four years later, but resigned the post before the Finals. 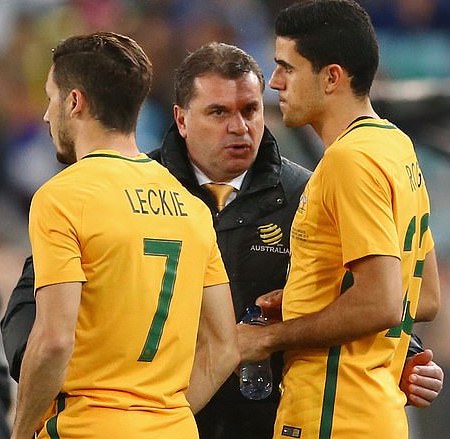 Postecoglou is now likely to have talks with the club as they spread their hunt to get Neil Lennon’s successor in as quickly as possible, according to a report in The Telegraph.

The Hoops have also spoken to Manchester City Under-23 coach Enzo Maresca before the Italian penned a deal with Parma during the week.

Among those mentioned since Lennon departed on February 23 are Republic of Ireland and Manchester United legend Roy Keane and former Borussia Dortmund coach Lucien Favre.

The guessing game will continue over the Bank Holiday weekend with the Stock Exchange closed until Tuesday which means there will be no public announcement until next week at the earliest.