Celtic Quick News on News Now
You are at:Home»Latest News»FLOWERS AND TRIBUTES AT CELTIC PARK FOR TOMMY
By CQN Magazine on 2nd March 2017 Latest News

CELTIC supporters have started to make their way to Parkhead to lay flowers, scarves and the like to the railings outside the club’s front door as respects are paid to Celtic great Tommy Gemmell who we lost earlier today.

Tommy scored in not one but two European Cup Finals for Celtic, and that remains just as remarkable every time it is stated.

He always had time for Celtic supporters and the tributes being paid to him from around the world are a testament to what Tommy achieved as a footballer and as a man.

There is not a bad word being said about Tommy today on the various Rangers blogs and in times like this Glasgow its rivalry to one side to remember our lost legends.

Celtic supporters will no doubt pay their collective tribute to Tommy when Celtic next play at Celtic Park on Sunday in the Scottish Cup Quarter Final against St Mirren. It is bound to be an emotional afternoon. 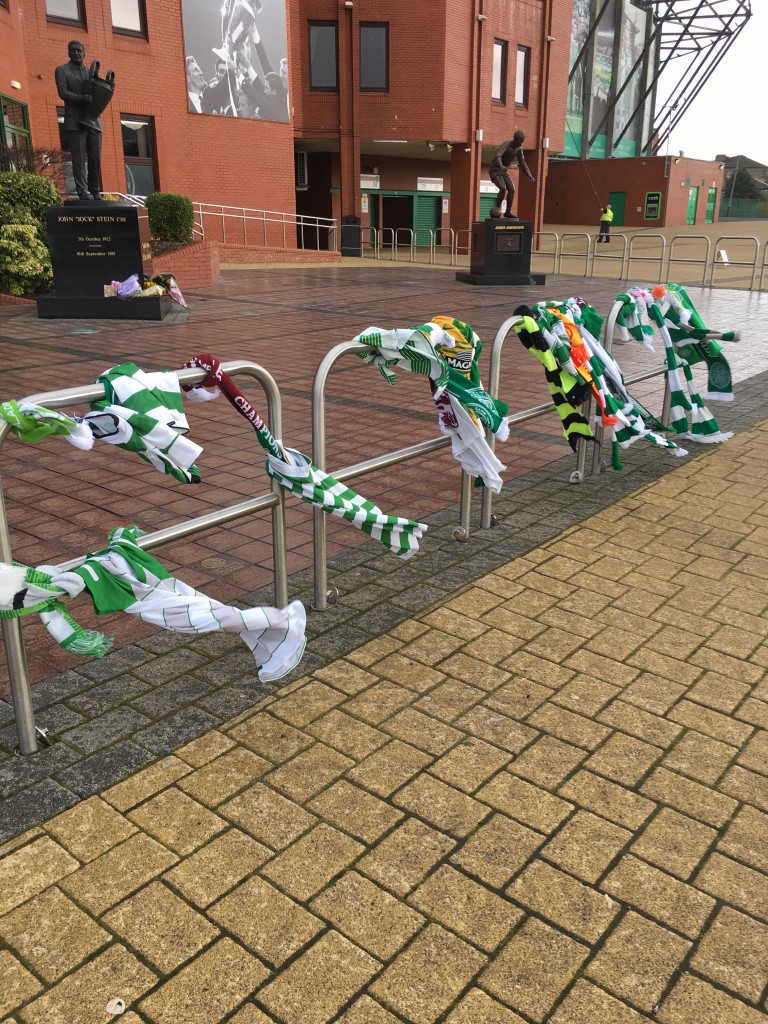