Celtic Quick News on News Now
You are at:Home»Latest News»FORREST HAS BITTON IN HIS SIGHTS
By CQN Magazine on 22nd November 2019 Latest News

JAMES FORREST has Nir Bitton in his sights after Scotland drew Israel in the Euro 2020 play-off semi-finals.

The Celtic winger was unstoppable in November last year when he fired in a hat-trick in a 3-2 Nations League victory at Hampden against the same opponents.

That win made certain Steve Clarke’s side were assured a home match after topping their group and triumph over the Israelis in Glasgow in March will see them visit either Norway or Serbia for a spot at Euro 2020 which would be their first appearance in a major international tournament since Craig Brown led the team to the World Cup Finals in France in 1998.

Forrest and his international team-mates Callum McGregor, Ryan Christie and Greg Taylor will now come up against Bitton in an intriguing international showdown. 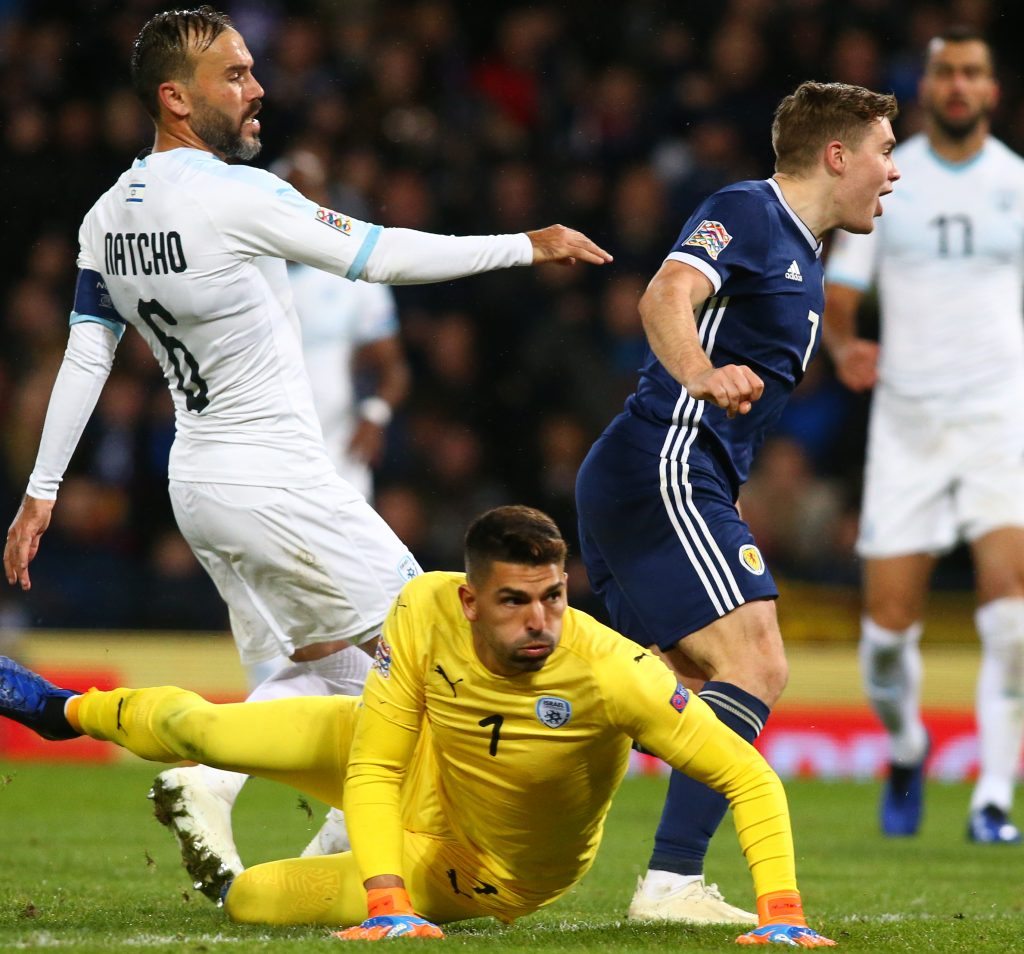 The play-off semi-finals will all be played on Thursday March 26, with the finals taking place on Tuesday March 31. All games are one-off ties rather than played over home-and-away ties.

Boss Clarke, who took over from the sacked Alex McLeish in May, told Sky Sports News: “We have to make sure everyone is available come March and do what we can to get the country qualified.

“We are one of the host nations and we don’t want to be a host nation watching on from the sidelines.”

The four play-off winners will then join the 20 teams who have already qualified for the finals, including England and Wales, to be held across a number of European cities from June 12 to July 12.

The draw for the Euro 2020 group stage will be held in Bucharest on November 30, with each host nation to play in the group assigned to their stadium.