RYAN CHRISTIE is hoping to come out of cold storage to present Neil Lennon with a problem against Lazio at Parkhead on Thursday night.

The talented playmaker, serving the first of a two-game ban following his red card against Livingston, watched his Celtic team-mates run amok as they routed Ross County 6-0 at the weekend.

Lennon took the opportunity to give Tom Rogic his first start in a Premiership game since May at Ibrox last season.

The Australian international, who has been blighted by injury problems in recent months, sauntered through the outing and played the entire 90 minutes as he shook off the rust. 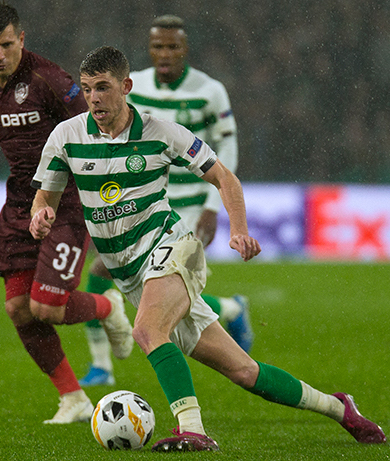 ON THE RUN…Ryan Christie in action in the 2-0 win over Cluj.

Now Christie is eager to be involved in the crucial Europa League Group E encounter against the Serie A outfit which has left his boss with the conundrum of fitting two into one unless he changes the shape of the team.

The Scotland midfielder, speaking to the Evening Times, said: “Lazio is huge and it will be great to get back to Parkhead after the Cluj game.

“We were all buzzing with that win and this will hopefully be another big European night.

“It will be a great occasion, but we also need to match it with a performance. I can’t wait for it and that goes for all the boys.

“It was so frustrating to still be serving the suspension. That’s the thing with a red card, it sticks with you for a few weeks. But I’ve kept training hard and been doing some extra running.

“It’s not too long a break and I can hopefully be involved. I’ve kept myself ticking over and it would be good to get the chance to make an impact. 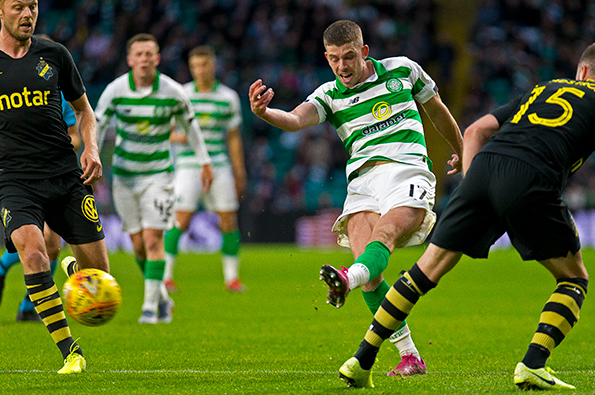 BY THE LEFT…Christie fires in a drive in the victory over AIK Stockholm.

“Lazio are a huge name in European football. I am too young to remember when they won Serie A and were one of the best teams in Europe. But I remember their manager Simone Inzaghi and his brother Filippo playing.

“For me, Lazio are an Italian giant, probably just outside Juventus. It will be a brilliant experience to play against them, home and away.

“When the draw was made for the Europa League, you see the big names coming out and you realise how much quality there is in the competition.”

Christie, who has claimed 11 goals this season, added: “It’s a massive match within the group and we have touched on that as a squad.

“In a tough section like this, you need to make the most of your home games and use that advantage. When we play at Celtic Park, we always look to get three points.

“The aim coming into the Europa League was to win the home games and then see what we can do away from home.

“It’s a competitive group and we have already seen that anyone can beat anyone.

“Cluj were fourth seeds, but we have found out how good a team they are. We did well to get a draw in Romania in the Champions League qualifiers.

“Then you see them beating Lazio at home, so they will be looking to pick up points.” 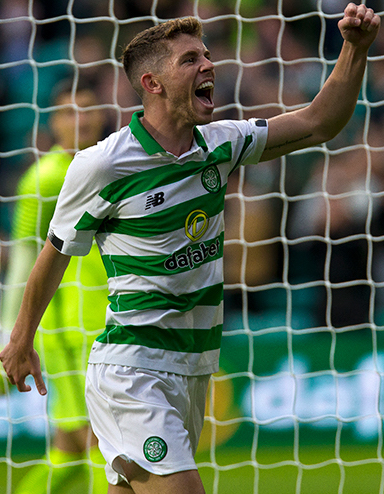 Lennon’s men are in pole position in the group with four points from two games following the 1-1 draw against Rennes in France, where Christie slotted away an immaculate penalty-kick, and a 2-0 revenge victory over their Romanian Champions League conquerors at a rocking Celtic Park last month.

Odsonne Edouard and Mohamed Elyounoussi were the men on target that exciting, entertaining evening.

Christie was in the thick of the action on that occasion and now it is a big call from his manager to see if he figures in this one, as well.