Celtic Quick News on News Now
You are at:Home»Latest News»GREEN LIGHT FOR KYOGO?
By CQN Magazine on 7th May 2022 Latest News

KYOGO FURUHASHI is likely to lead the Celtic attack against Hearts in the noon kick-off at Parkhead today with Giorgos Giakoumakis in the stand-by squad.

There have been suggestions Ange Postecoglou could play the Japanese and Greek strikers in a dual role, but that would mean a change of system for the Hoops boss with only three games of the season still to be played.

He started with Kyogo, who has netted 17 goals in his debut campaign, up front in last weekend’s derby confrontation with Giakoumakis, who has claimed 13 strikes, replacing him just after the hour mark. 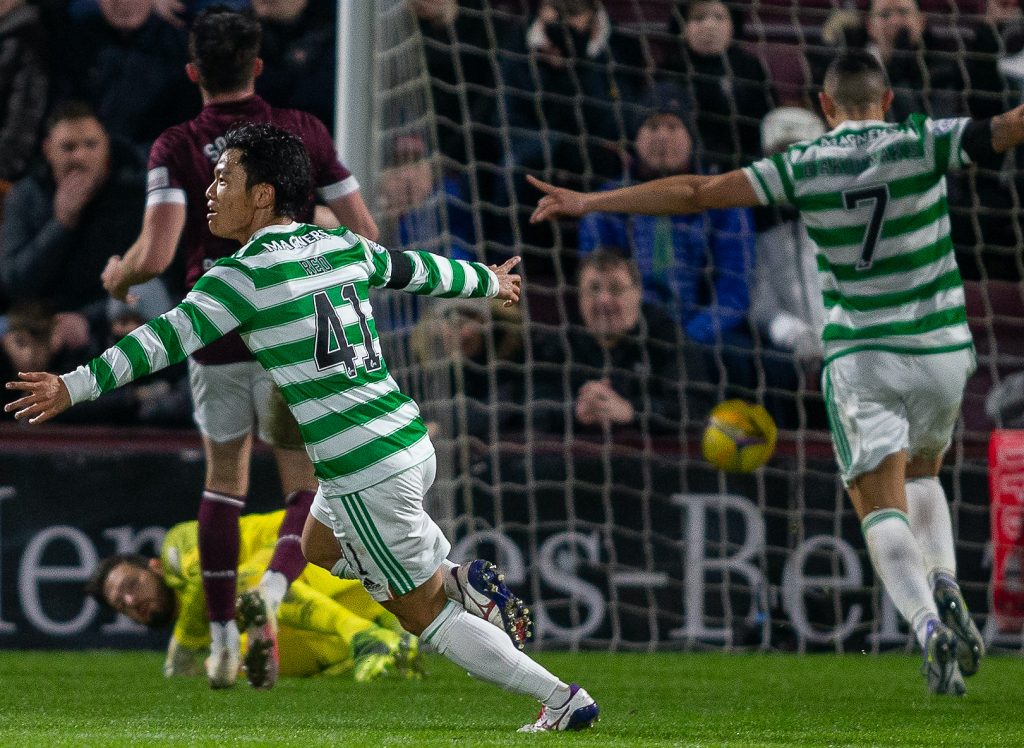 CAPITAL SHOW ONE…Reo Hatate races away after firing Celtic into the lead against Hearts at Tynecastle in January. Giorgos Giakoumakis celebrates as Craig Gordon sits this one out. 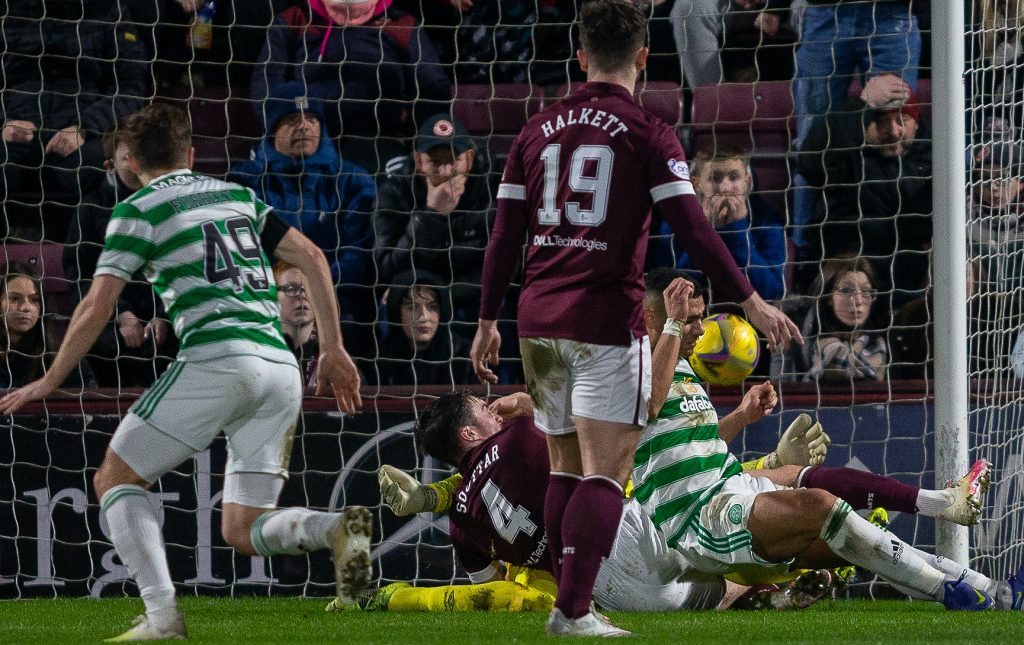 CAPITAL SHOW TWO…Giorgos Giakoumakis gets in at the near post to knock in the second and winning goal in Edinburgh with James Forrest getting a close-up view.

Postecoglou could trigger the same option against the Tynecastle outfit where he knows a win will give the Hoops a nine-point advantage with just matches at Dundee United in midweek and in Glasgow a week today against Motherwell to be faced.

It could be a similar situation with Reo Hatate who has looked just off the pace in recent weeks after his marathon 15 months of action in the J-League with champions Kawaski Frontale and now Celtic.

Like his countryman Kyogo, he was replaced in the 61st minute by Nir Bitton in last week’s 1-1 draw in the east end of Glasgow.

Also in the squad, as reported by the Daily Record, is David Turnbull who is desperate to pick up the form he showed before his hamstring injury in the 2-1 Betfred League Cup Final success against Hibs six days before Christmas.