ZANDER CLARK, St Johnstone’s towering keeper, took the spotlight as the Perth side knocked Steven Gerrard’s side out of the Scottish Cup at Ibrox last night.

The netminder, clad all in green, threw his team a lifeline when he went up for a corner-kick two minutes into stoppage time with Callum Davidson’s men trailing to a James Tavernier goal.

Clark was totally unchallenged as he rose to flick on the set-play and Chris Kane got a touch to direct it over the goal-line beyond a startled Allan McGregor.

And the goalkeeping colossus maintained the heroics in the penalty-kick shoot-out when he saved efforts from Tavernier and Kemar Roofe while impressive young midfielder Ali McCann, who has been watched by Celtic in recent seasons, slotted in the decisive spot-kick for a 4-2 win for the visitors. 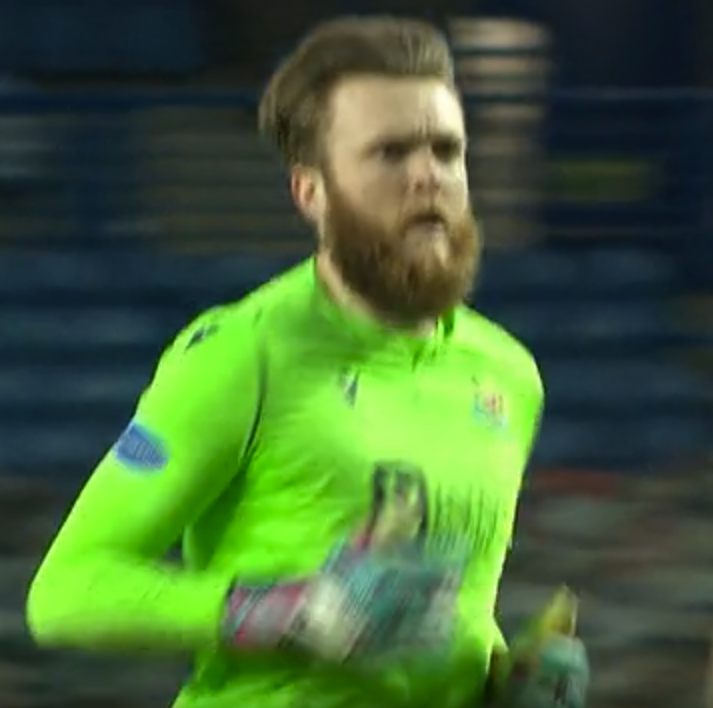 I’M ON MY WAY…Zander Clark races to get into the box in time for the corner-kick.

Clark insisted he is claiming the late leveller. A breathless goalkeeper, speaking to Premier Sports at the end of a memorable night for the Saints, said: “I can’t believe it.

“There have been so many times this season when I’ve thought about going up and looked at the bench and they said: ‘No’.

“This was all or nothing. I’m devastated not to score – but I’m delighted we’ve won.”

The bearded last line of defence added: “We were excellent and pushed them all the way, credit to the boys. I’ve had that situation against me many times when you are shouting for someone to pick up the keeper, but everyone has a man. 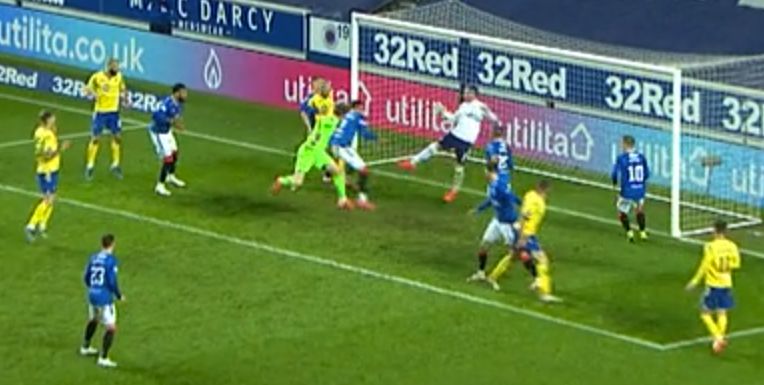 RISE AND SHINE…Zander Clark flicks on a header with Allan McGregor and his defenders getting a good view. 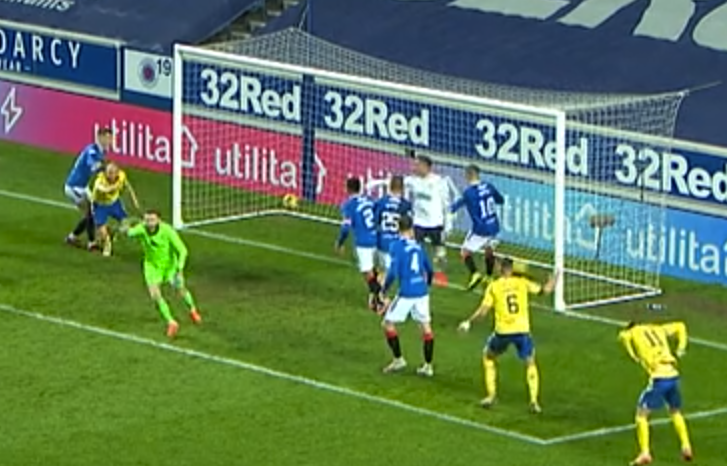 IN THE NET…Zander Clark turns away in joy, but Chris Kane got the final touch.

ON THE SPOT 2…Kemar Roofe sees Clark dive to thwart him.

“You just float about and try to get yourself on the end of it.

St Johnstone followed the example of St Mirren earlier in the season when they knocked the Govan club out of the Betfred League Cup, winning 3-2 in Paisley.