ANGE POSTECOGLOU is looking forward to a Cup action replay against Raith Rovers at Parkhead next month.

Celtic overcame some wayward and rugged challenges to beat Alloa 2-1 at the Indodrill Stadium last night to book a place in the Scottish Cup fifth round where they have been paired with the Fifers for the second time this season.

Postecoglou watched his side ease to a 3-0 triumph over the Kirkcaldy club in the east end of Glasgow in September on their way to last month’s 2-1 Premier Sports League Cup Final success over Hibs at Hampden as he lifted his first piece of silverware as Hoops boss. 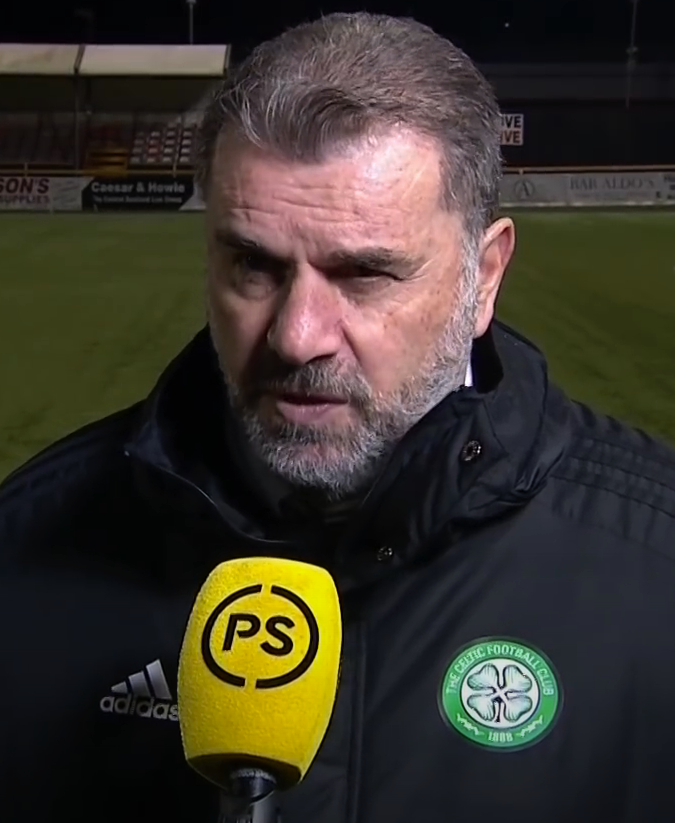 CUP THAT CHEERS…Ange Postecoglou is happy with a home draw against Raith Rovers in the fifth round.

The draw was made immediately after goals from Giorgos Giakoumakis and Liel Abada saw off the rough and ready third-tier outfit and the Greek-Australian said: “The key thing for that is that it’s at home.

“We’ve seen tonight, irrespective of the opposition, how tricky it is when you play away from home.

“So, having it at home with our pitch and our supporters is an advantage for us.”

Reflecting on his first match in charge in the national competition, Postecoglou, speaking to Celtic TV, continued: “It was a challenge. I still thought we should have won more comfortably than we did, we missed some chances and we overplayed things a little bit in the first-half, in particular.

“It’s not easy on this pitch, we know that, but, as I said, I thought we could have made our night a little bit more comfortable.

WHAM…Giorgos Giakoumakis fires Celtic into the lead at Alloa. 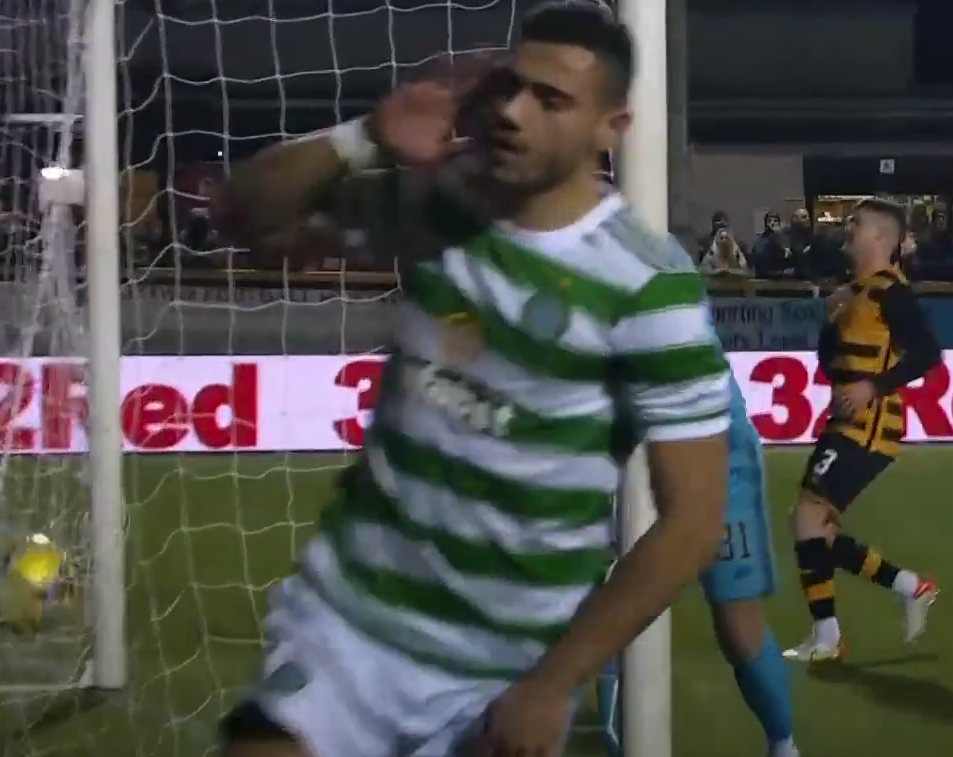 HEAR, HEAR…Giorgos Giakoumakis races away in celebration as the ball nestles in the net.

“We understand it’s a Cup competition and the most important thing is you get through to the next round and give yourselves an opportunity, that’s the main thing.

“There were quite a few guys who got some game time which was important for us because they hadn’t played in quite a while.

“From that point of view, it was good that we did that and, hopefully, that helps us move forward.”

Giakoumakis, who joined in the summer after a £2.5million switch from Dutch side VVV-Venlo, got the scoring underway in the 14th minute with Israeli winger Abada adding the second just before the break.

“He’ll get better, there are still parts of his game that he will improve on because he hasn’t played for quite a while, but as a striker it’s good that he got his goal.”

Giakoumakis’ only previous strike came in the 2-0 victory over St Johnstone at Parkhead in October.

The ties will be played the weekend of February 12 and 13.