EMILIO IZAGUIRRE insists Kieran Tierney possesses the quality to become the BEST left-back in the world.

The Honduran, 32, who agreed a one-year deal at the Hoops after his 12-month ‘break’ in the Middle East, has nothing but admiration for the 21-year-old defender who took his first team place at the club.

Izzy said: “I am very happy for him. I saw KT five years before he broke into the first team and I tried to help him every time.

“I am very happy because he is my boy. I always try to keep in contact with him through text.

“I am very happy about his progression. He is one of the best left-backs in the world.

“I saw him when he was a youth player training hard and professionally. He always wanted to be a big player. He needs to continue to work hard.

“I think he can become the best left-back in the world.” 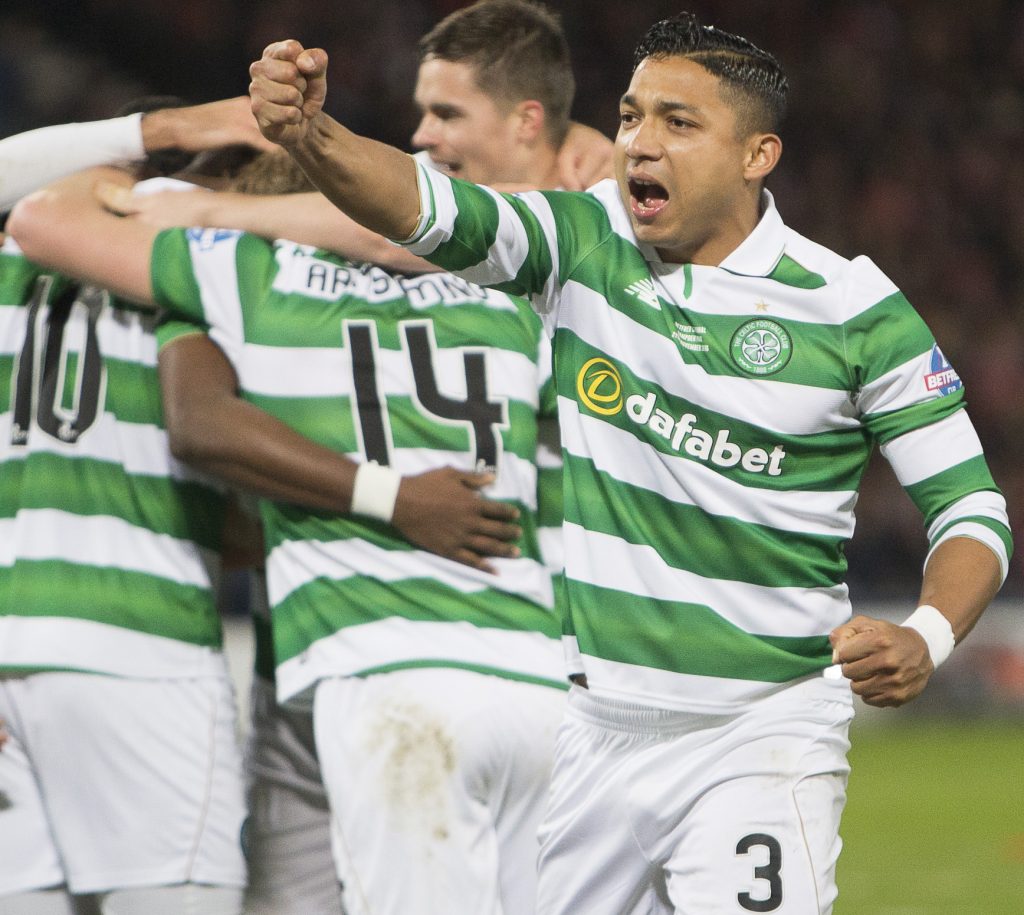 HAPPY DAZE…Emilio Izaguirre celebrates with his Celtic team-mates on their way to a
3-0 League Cup Final win over Aberdeen two seasons ago.

Izzy has been brought as back-up to the Scotland internbational and to also give Brendan Rodgers the chance to allow Calvin Miller to go on loan to get some crucial game time.

He added: “It is a blessing for me to re-sign with Celtic. I want to thank Celtic, the gaffer Brendan, Peter Lawwell and all the staff for giving me another opportunity.

“It was difficult for me to leave last time because I wanted to play more football.

“But I’ve learned this past year that I never really wanted to leave. Now, it is most important to help Celtic.

“I want to win every game. We are in all competitions, we have a big game next week.

“We need to win. Whether I play or do not play, helping Celtic is the most important.”