Celtic Quick News on News Now
You are at:Home»Football Matters»‘I COULD WORK WITH DEILA AGAIN,’ COLLINS
By CQN Magazine on 19th May 2016 Football Matters
JOHN COLLINS has revealed he would be happy to work with Ronny Deila again.
The management double-act left Celtic at the weekend following the five-in-a-row title party after the 7-0 win over Motherwell at Parkhead.
Collins, though, insisted there is the possibility both men could team up again in the future.

The Norwegian asked if his former No.2 would be open to such a move and the ex-Scotland international midfielder admitted he would keep an open mind to such a development. 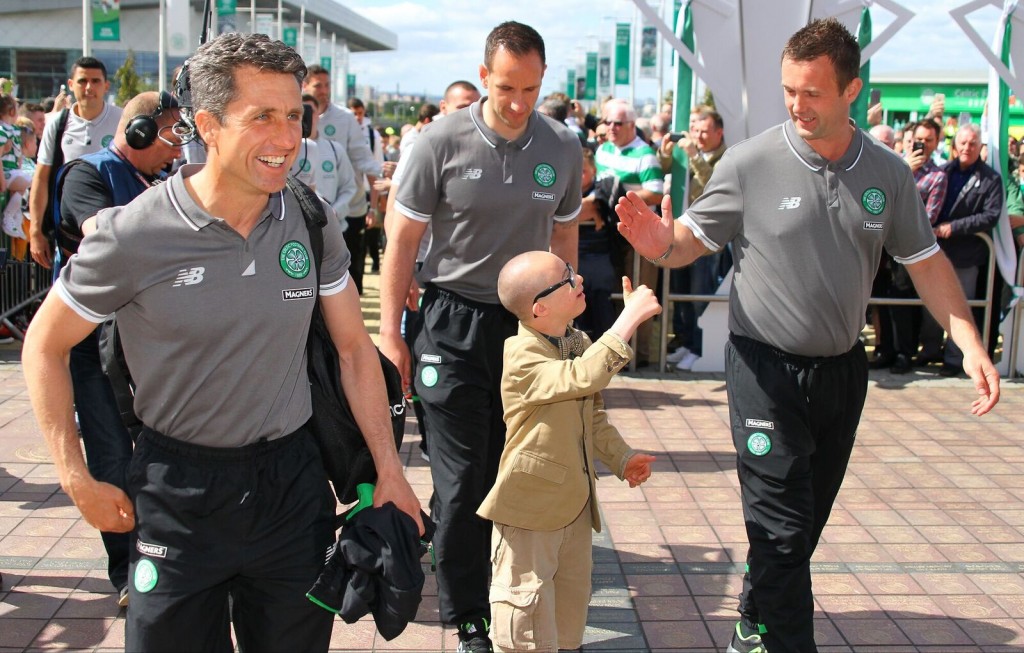 He said: “We had dinner after the game before he headed off and I took him to the airport. We will always be great friends and we will see where our futures take us. Would we work together again? Never say never.

“Ronny has asked me if I will go and work with him again. I think I will probably be a Director of Football or a manager.”

Collins also believes Brendan Rodgers would be a decent fit for the Hoops  – and he backed personal chum John Hughes, the former Falkirk and Hibs boss, who could be persuaded to leave Inverness Caley Thistle.

Collins added: “It surprises me that he’s not been mentioned by anybody for the Celtic job.
“Yogi took over a team playing long-ball football and very quickly moulded them into a team that plays exciting, expansive football that is pleasing on the eye and hard to coach.
“He took Inverness to the League Cup Final in his first year and was beaten on penalties by a strong Aberdeen team. In his second season they beat us in the Scottish Cup semi-final and won the trophy.

“He’s sold players after making them better, such as Graeme Shinnie, Marley Watkins, Billy McKay. He discovered Ryan Christie who was nowhere near the first team training pitch, but he watched him in one Under-20s game, put him in the first team and moulded him into a player.

“He developed him and Celtic fans are going to have the pleasure of him for years to come because he is a terrific talent. He continues to play good football.’

Collins was also enthusiastic about the possibility of former Liverpool gaffer Rodgers taking over the champions.
He added: “Brendan would be a brilliant choice, I like him a lot.
“I enjoy watching his teams play football and I enjoy listening to him, so I think he’d be a terrific choice. There are a lots of others in the mix, too.”
With Father’s Day approaching why not order a copy of Charlie Gallagher? What a Player! and receive a FREE copy of The Winds of Change! Order HERE or click on the image below.