UNDER-PRESSURE Graeme Murty revealed he was “going mad at one stage” as Sevco Rangers beat Hearts 2-1 at Ibrox this afternoon.

The caretaker boss admitted it had been a difficult week following the 4-0 Scottish Cup semi-final hiding from Celtic.

Alfredo Morelos and Greg Docherty clashed in the Hampden tunnel after the game and both were dropped to the bench for the visit of Craig Levein’s team.

However, there was a late subs’ appearance for Andy Halliday who blew up against the Hoops when he was taken off before the interval.

There was no sign of club captain Lee Wallace and veteran striker Kenny Miller who were suspended after a dressing room fracas.

The troubled Govan outfit won this time out with goals from Jason Cummings and Daniel Candeias while the Tynecastle visitors got a consolation effort from Christophe Berra.

There was a lot of tension throughout the stadium with home fans sharing their thoughts with two banners criticising the players and board. 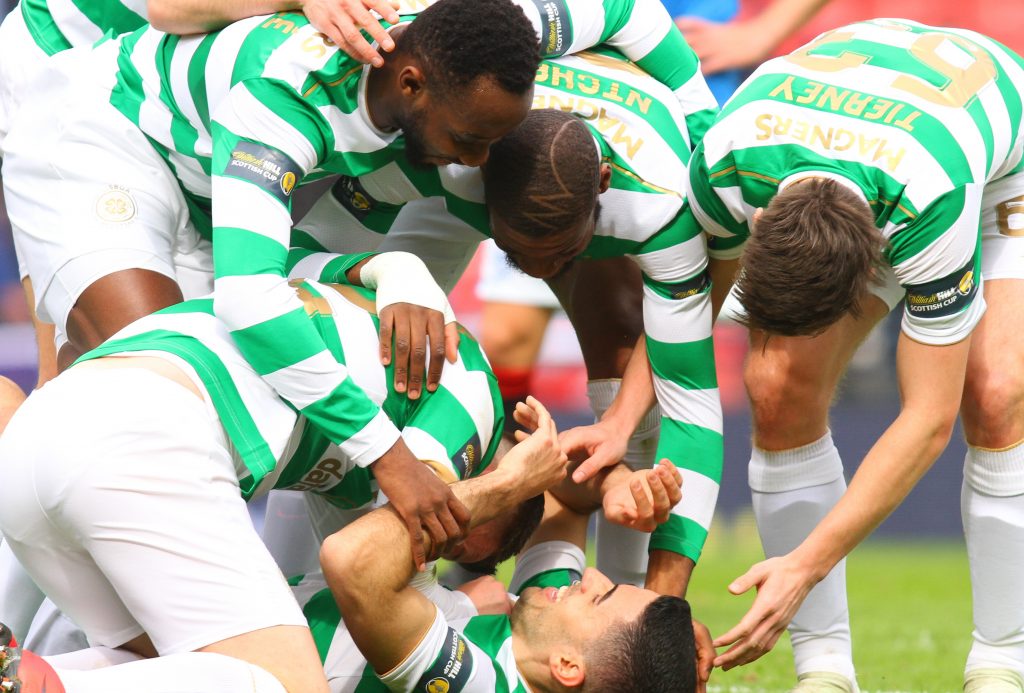 Murty said: “The circumstances were difficult. In the game, in the stadium and I asked the players to stick together and delivery intensity throughout the game, and be brave in their play.

“I said to the players: ‘You’re going to do something. You’re going to have to generate the atmosphere, generate it through quality, run through a brick wall if you have to, fly into tackles, be brave physically to hit people in challenges, be brave to take the ball under pressure, be brave to get on it after you made a mistake’.

“We managed to keep the ball better. I was going mad at one stage because Jamie Murphy whipped a corner straight into the keeper’s hands when I would have preferred it played short.

“But, in the heat of the battle sometimes, that’s the decisions you wouldn’t do if you were thinking about it. However, I’ve got to back the players and give them massive credit.

“I thought they stood up brilliantly today and it’ll do themselves the world of good after a difficult week.”

It might not get any easier for Murty and Co when they take on Brendan Rodgers’ champions at Parkhead a week today – with Celtic only 90 minutes from their seventh successive title party.

So far they have faced their Glasgow neighbours 10 times since the Irishman’s arrival in May 2016 – resulting in eight defeats and two draws.