Celtic Quick News on News Now
You are at:Home»Latest News»‘I WAS SCREAMING AT McINNES,’ LUSTIG
By CQN Magazine on 4th December 2018 Latest News

The Swedish international defender was accused of lacking class by opposing skipper Graeme Shinnie for goading the midfielder during the closing moments, as CQN reported yesterday.

However, Lustig insisted Ferguson was not in his direct firing line – it was Pittodrie boss Derek McInnes!

The right-back confessed to “screaming” at the Dons gaffer, who had become more agitated and animated on the touchline as the drama unfolded, after the pair had a verbal spat during the fiercely-contested 90 minutes that was settled by Ryan Christie’s first-half strike. 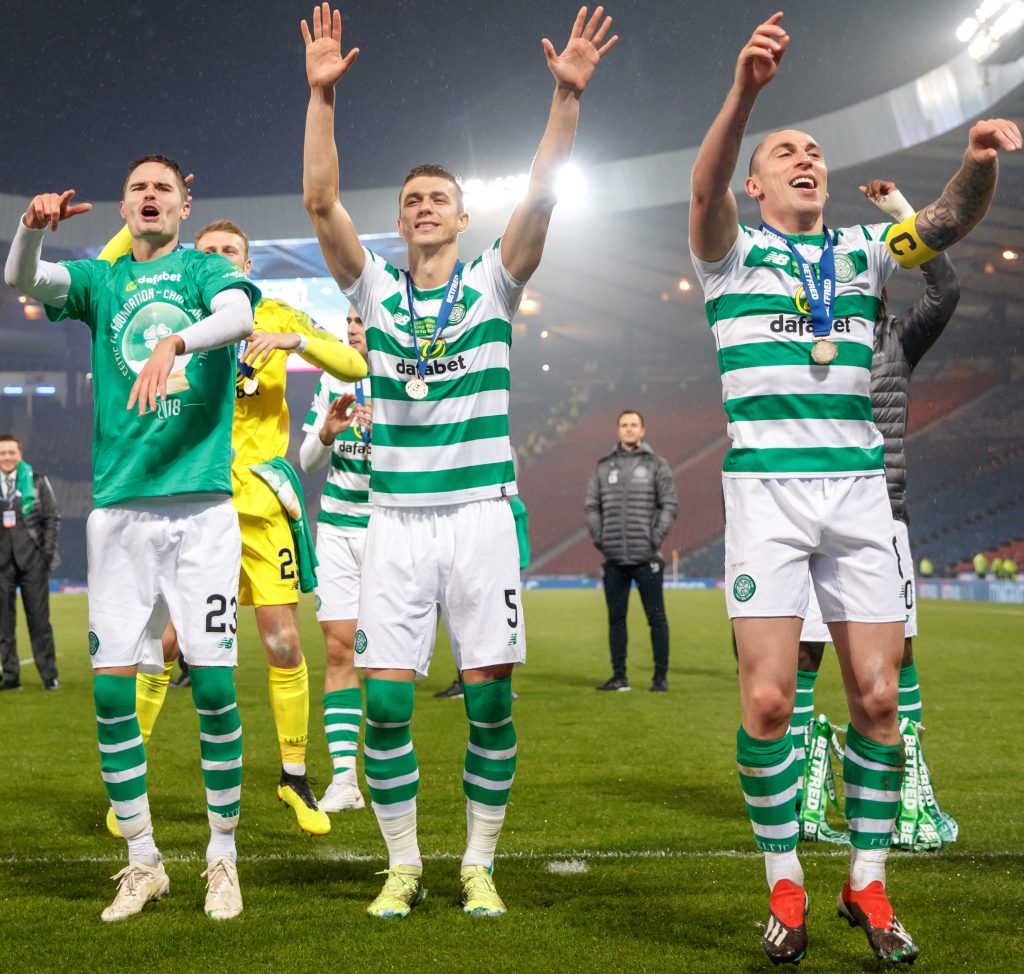 Lustig began roaring in the direction of Ferguson in the final seconds after referee Andrew Dallas blew for a free-kick, but said: “I thought it was the final whistle.

“I went to Ryan because he had scored a really good goal. Their players thought I went to the young boy and maybe that is where the misunderstanding was. And then there were still a few seconds to go.

“They said I went for the 19-year-old boy, but I was screaming at McInnes because we had a little bit of banter at a throw-in.

“It was banter and it was aimed at their manager.

“We play football and there are a lot of emotions. Sometimes you maybe are not happy about things after, but, as I said, it is all down to emotions and I’m not going to run out there just to be a nice boy.

“If they feel a little bit sad about it, then I apologise.” 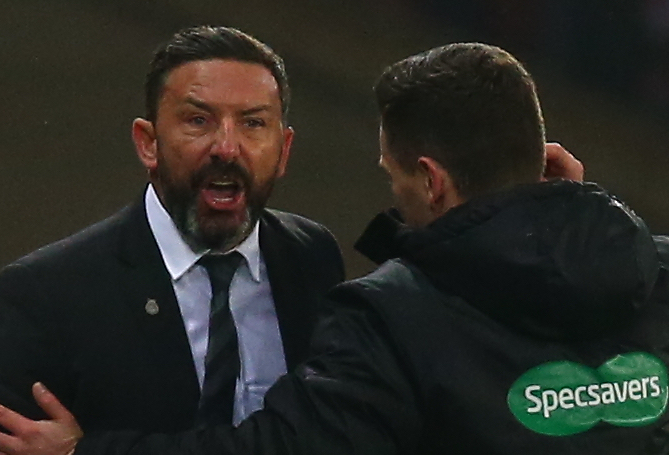 Mr ANGRY…Dons boss Derek McInnes rages as he is held back by an official. Pics: Geo.

Lustig and McInnes continued to exchange views at full-time and the player remarked: “When you play on the wing, then you are in front of the manager.

“Sometimes it is banter and sometimes the emotions run over and that is just football. It is nothing more than that.

“We talked for a few minutes on the pitch after the game, but the conversation had started, maybe, 20 minutes before that.”

Lustig, who will celebrate his 32nd birthday a week on Thursday when the team play RB Salzburg in the Europa League at Parkhead, added: “It was a Final and there was a trophy to win. We are never going to run out there and be best mates.

“For us at Celtic, it is all about winning. If we have to win ugly, then we have shown we can do it.

“I think over the piece we were the better team and should have scored more goals.

“We had a lot of chances four against two and three against two, but we needed to show a bit more quality in those positions.

“Overall, we didn’t produce our best game, but we did enough to win.

“It is one of the first goals we have to lift that trophy in December. It means a lot and we just want to keep going.”