IT was Celtic to the four as they walloped Livingston 4-0 to avenge their defeat in West Lothian at the start of last month.

It remains the only domestic defeat on the Hoops’ record as they relentlessly pursue their ninth successive title.

There was to be no mistake at Parkhead yesterday as they showed Gary Holt’s men who were the bosses after their lame and disappointing display against the same opposition. Neil Lennon had plenty say to his players in the aftermath of that display and there was no opportunity for him to test his vocal chords after this impressive and dominant showing.

Odsonne Edouard got the ball rolling with the opening goal – his 14th of the campaign – and Scott Brown helped himself to the second with a little help from a deflection. James Forrest, enjoying a mervellous campaign, added two more to hoist his tally to 13.

It was a procession from the champions and, once again, CQN‘s ace snappers were there to capture the action. Here is the pick of the pics. 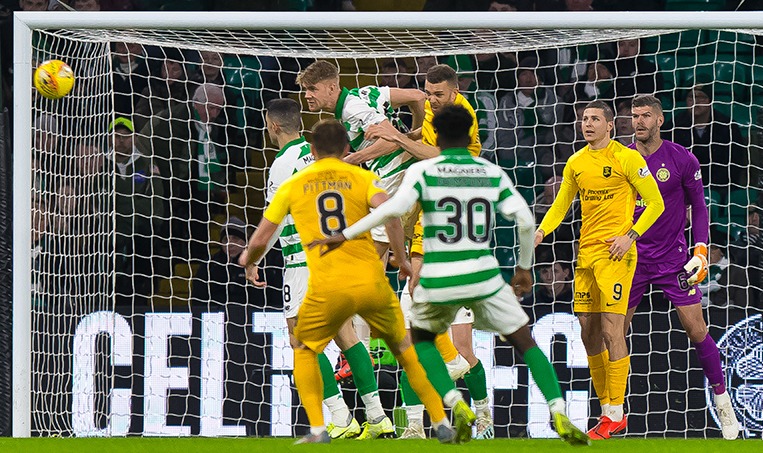 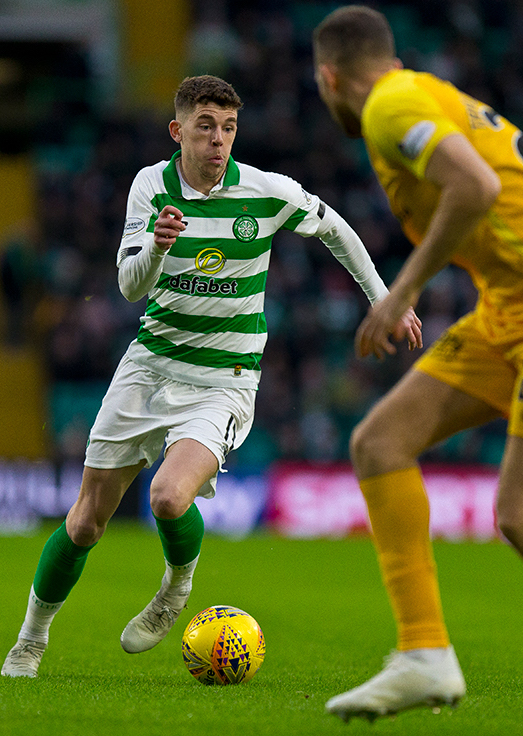 ON THE BALL…Ryan Christie is on the attack. 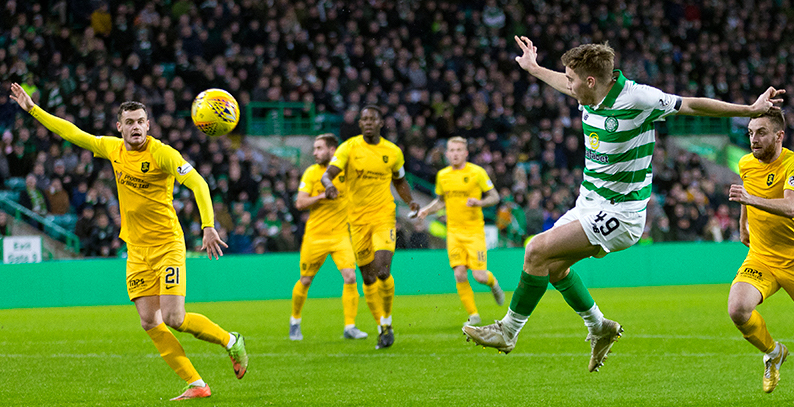 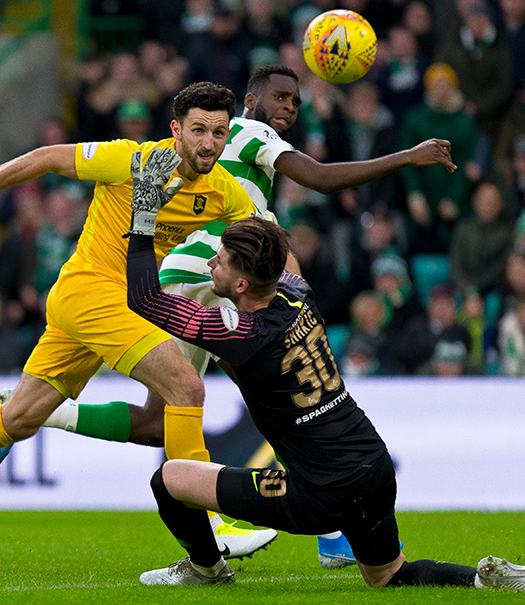 NUMBER ONE…Odsonne Edouard nonchalantly lifts the ball over the keeper to open the scoring. 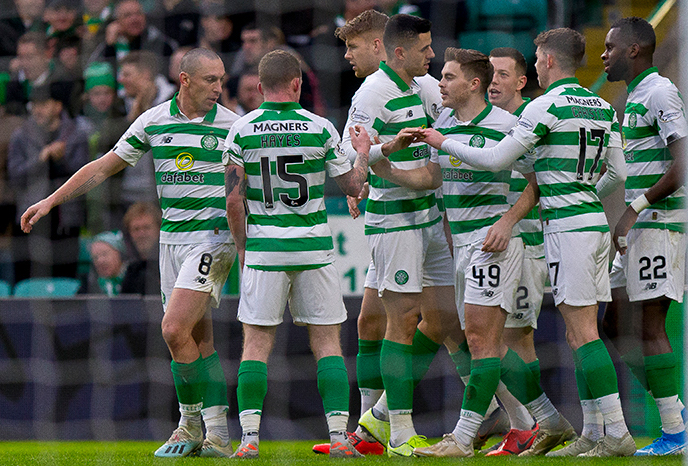 CELEBRATIONS…Edouard is mobbed by his delighted team-mates. 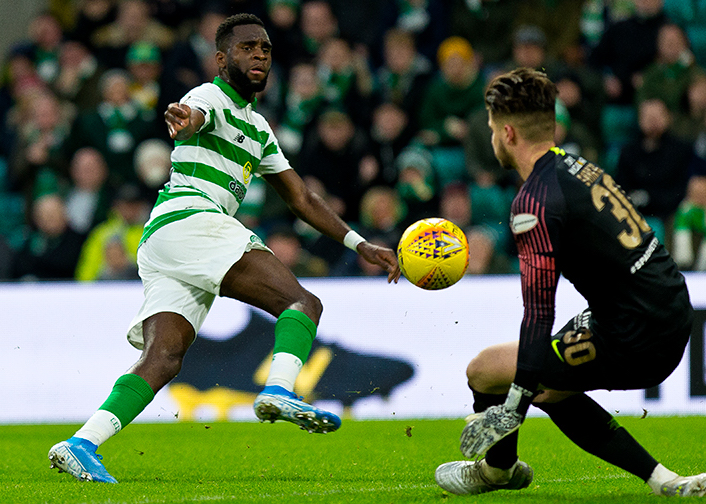 CRASH…Odsonne Edouard thumps a shot against the keeper. 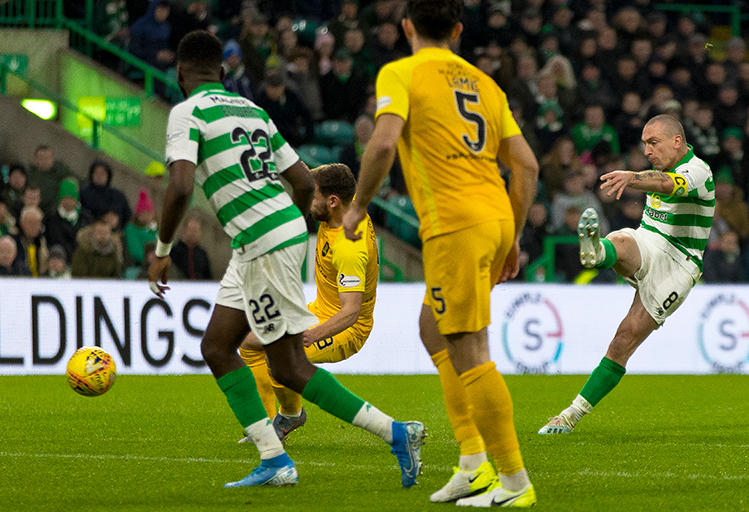 YIPPEE…skipper Brown can’t disguise his delight as Odsonne Edouard prepares to congratulate him. 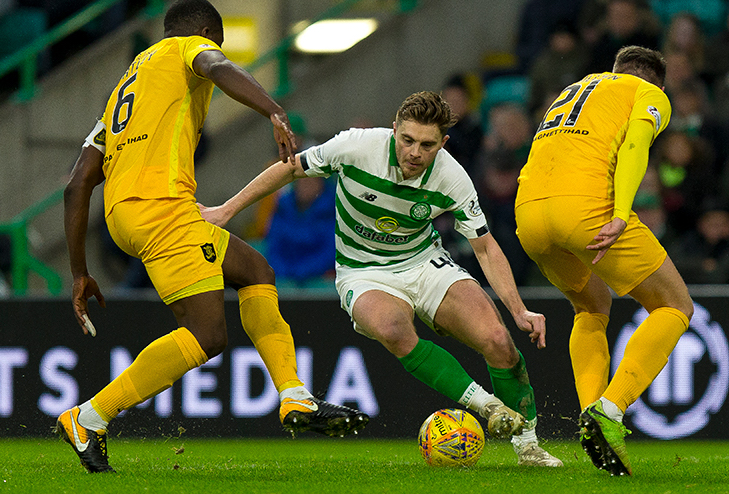 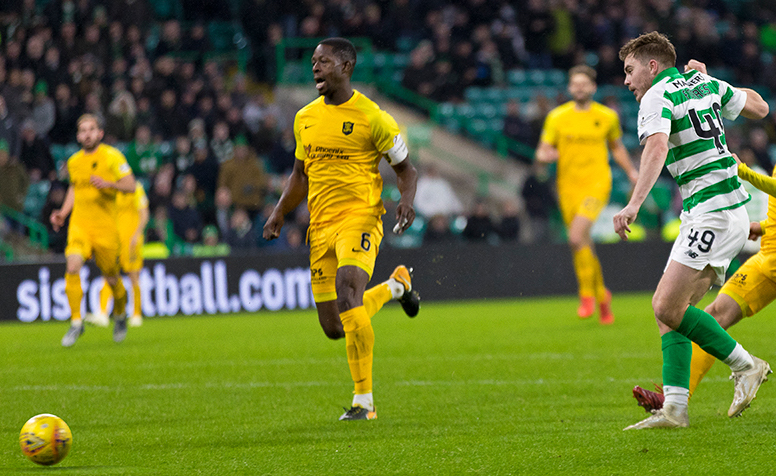 NUMBER THREE…James Forrest is composed as he strokes the ball home. 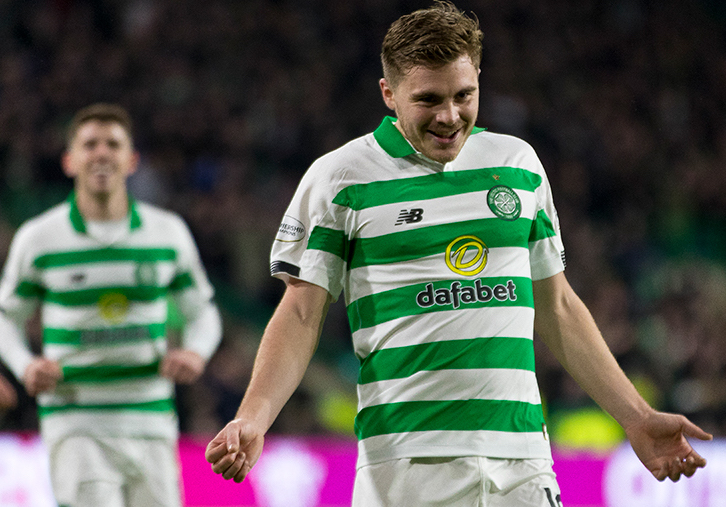 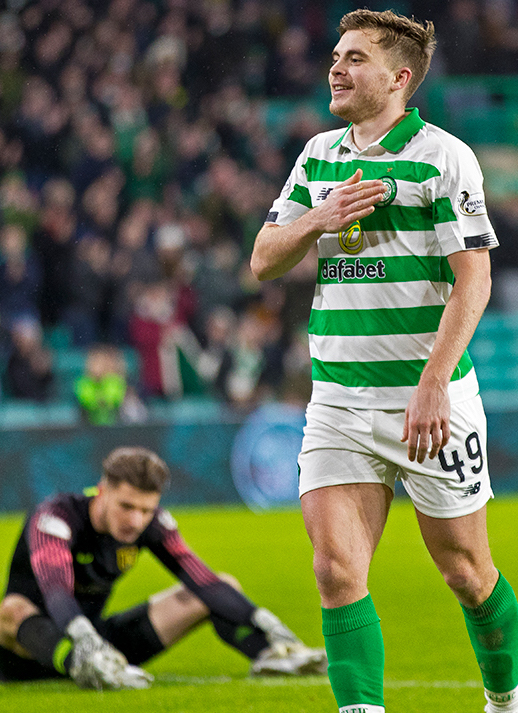 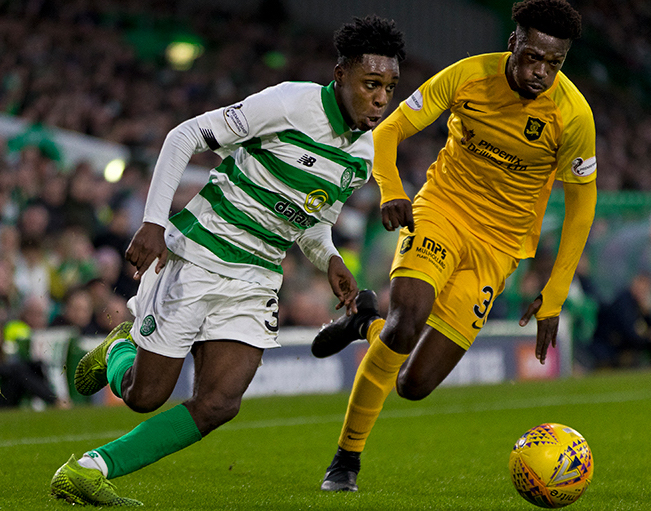 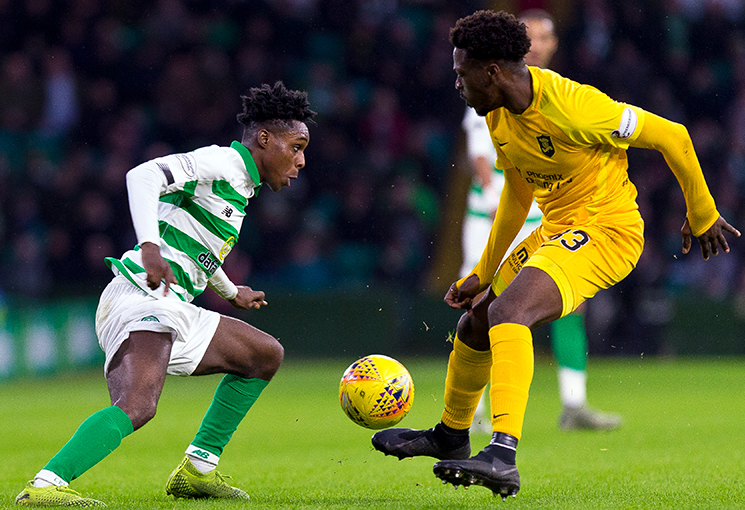 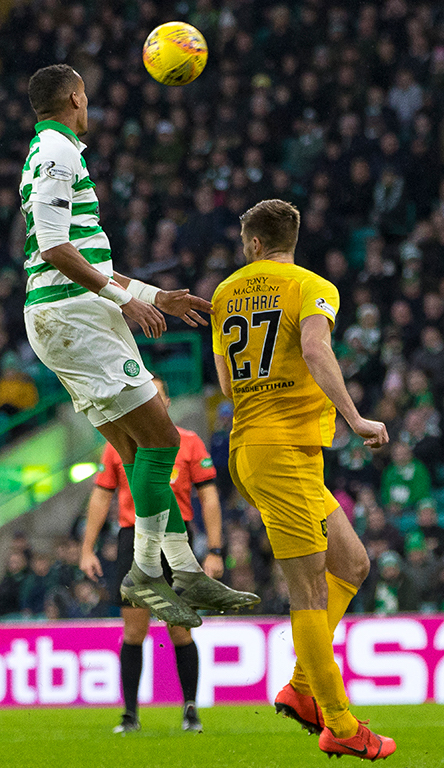 UP AND AT ‘EM…Christopher Jullien piles on the aerial threat. 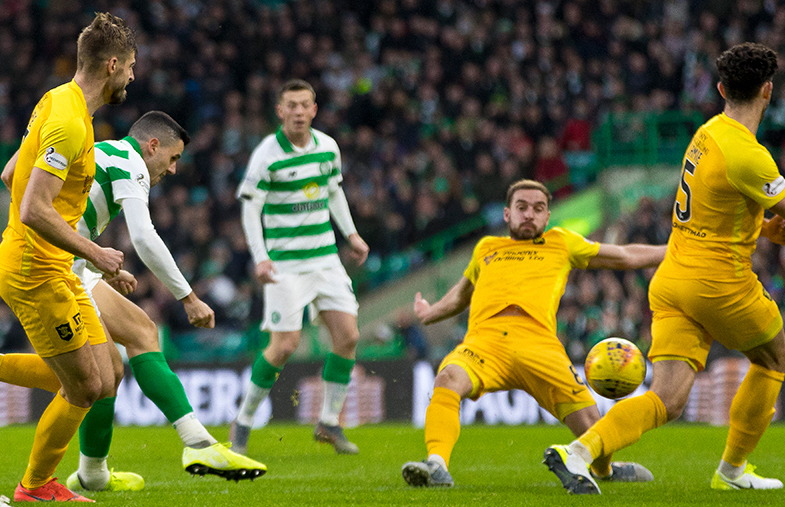 WIZARD OF OZ…Tom Rogic has a go at goal. 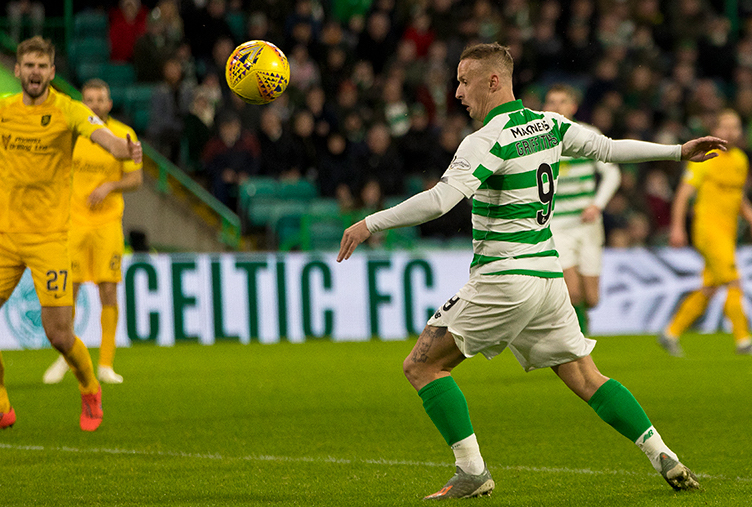 NOT THIS TIME…comeback Bhoy Leigh Griffiths misses on this occasion.