RYAN CHRISTIE has admitted it’s time he delivered at Celtic and proved himself to Brendan Rodgers.

The Scotland international midfielder has had a false start to his Hoops career after joining from Inverness Caley Thistle in 2015.

Christie, who has made only 10 appearances for the champions, was initially loaned back to the Highland outfit following his £500,000 switch. However, he suffered a knee injury before returning to Parkhead.

Two temporary transfers to Aberdeen have followed, but now he accepts it’s time for him to show he can crack it at Rodgers’ double treble-winning team.

Preparing for a crucial campaign, he acknowledged: “A couple of people have said that and I know it myself. It’s probably make-or-break time for me at Celtic.

“So, I need to prove to the manager and the rest of the people at the club that I am good enough to play here. That’ll be my aim over pre-season. 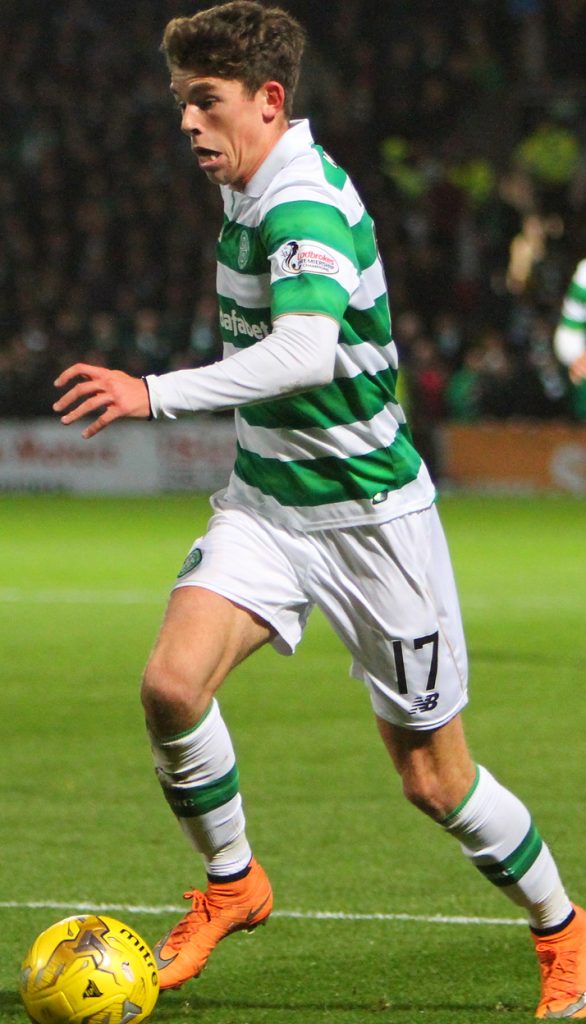 “First of all, I just need to get my head down and work hard and we’ll see where we are when the games start coming up.

“I think that’s good for me and gives me a little bit of an adjustment period to let me settle in. Once I’m up to top speed, then, hopefully, I’ll be able to prove that I’m good enough.”

The skilful 23-year-old Highlander revealed he’s a better player for his time at Pittodrie, where he was a stand-out performer as the Dons finished as best of the rest.

Christie added: “It was brilliant and I really enjoyed it. I’ve only got positive things to say about the loan spell I had up there.

“I learned many things under Derek McInnes. He was brilliant for me and so was playing week-in, week-out and still having that pressure to win. I think that was vital for me to push the next step in my career.

“So, hopefully, the things I’ve learned I can take into my time at Celtic now.”

* DON’T miss ‘Celtic: The History Bhoys’, the celebration of Brendan Rodgers’ two treble-winning seasons at the club – PLUS the clean sweep years of Jock Stein, 1966/67 and 1968/69, and Martin O’Neill, 2000/01. Buy last season’s production and get a 16-page update on the Hoops’ second successive unforgettable campaign absolutely FREE! That’s a 116-page glorious souvenir of the club’s most unforgettable seasons. Written by ALEX GORDON and crammed with over 150 photographs and all the statistics of all five of the most spectacular years in Celtic’s proud heritage. Priced at only £6.95 plus £3.95 postage and packing, you can order your copy at:
http://www.langsyneshop.co.uk/celtic-the-history-bhoys?filter_name=History%20bhoys