FILIPE JOTA has revealed what Ange Postecoglou told his celebrating Celtic players after their own fireworks display in Budapest last night.

The Portuguese winger flashed in a memorable goal in between two classy strikes from Kyogo Furuhashi and Liel Abada to ensure a Europa League Group G 3-2 victory over Ferencvaros – their second win over the Hungarian champions in a fortnight following the 2-0 success at Parkhead.

The most recent triumph made certain there would be European football for the Hoops after Christmas – whether that will be the Europa League or Europa Conference League remains to be determined with two games still to play in the section, Bayer Leverkusen away and Real Betis at home.

It was an excellent performance from the visitors with some breathtaking, eye-catching football shredding worthy opponents on occasion. 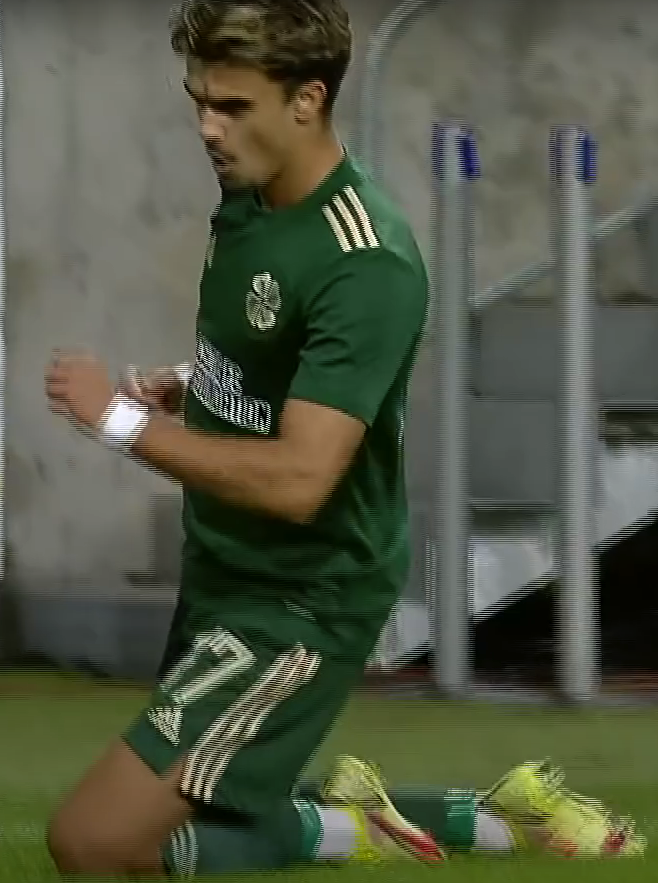 HAVING A BLAST IN BUDAPEST….Filipe Jota enjoys his superb strike against Ferencvaros.

Joy Bhoy Jota, all smiles after the display and result, told Celtic TV: “It was terrific. We prepared very well for this game and happily we got the win. Now we just have to rest and think about the next game.

“The coach just said a funny thing. He said: ‘Guys, just enjoy the next five minutes because on Sunday we have to go the battle again. So the five minutes have past, now it’s recovery and let’s go to the next one’.”

Reflecting on his wonder strike for the second goal, the popular on-loan Benfica raider added: “I just saw the space inside. I cut back and cut back, and then I had the opportunity to shoot and it went in, so I’m really happy.

“I just try to do my things and learn as much as I can with all my team-mates and the coach.

“So, things are getting better and better and I just want to keep on.”

Celtic are back on the quest to collect crucial Premiership points when they take on Dundee at Dens Park on Sunday.