NEIL LENNON has admitted he is focused on winning the Premiership crown and the Scottish Cup during his interim period in charge.

The former Hoops gaffer, who returned following the defection of Brendan Rodgers to mid-table Leicester City last month, also said a victory over Steven Gerrard’s Ibrox outfit would go a long way to the team claiming their eighth successive title.

A win at Parkhead tomorrow will push the champions THIRTEEN points ahead at the top of the table with only seven games to play and only an unforeseen disaster could prevent the flag from flying in the east end of Glasgow for the 50th time.

Lennon, speaking to Sky Sports News, said: “It would be hammer blow them, but, again, not insurmountable. 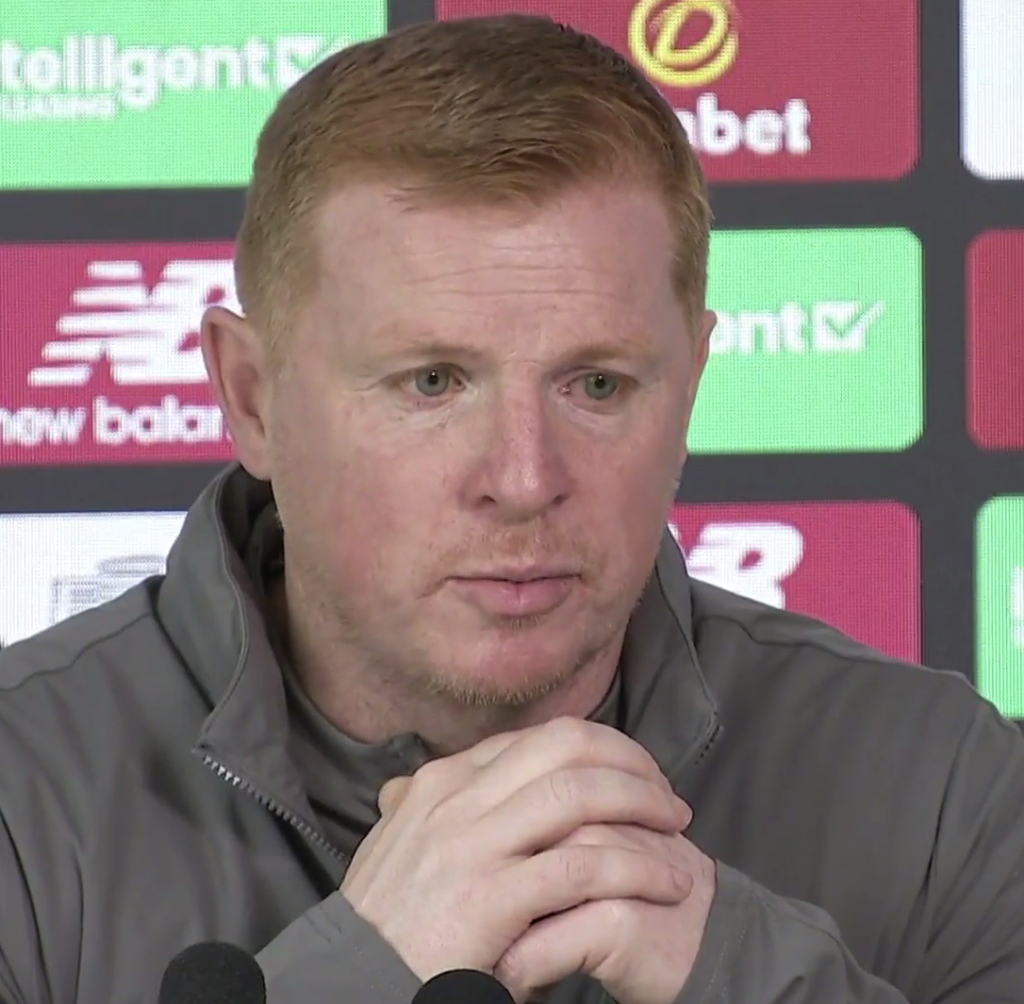 HAND IT TO US…Neil Lennon is focused on the Premiership title and the Scottish Cup.

“Again, we are talking hypothetically. The objective is to win the game whenever we play our nearest rivals, so that is not going to change and the mindset will be: ‘We are at home and take the game to Rangers at every opportunity’.

“I am feeling quite calm at the minute. I am trying not to get too distracted by all the noise and the hype that goes around it, so I have just been concentrating on what we are doing on a day-to-day basis and preparing for another big game.”

Lennon confirmed Kieran Tierney, who missed Scotland’s Euro 2020 qualifying double-header against Kazakhstan and San Marino with a calf injury, will be assessed, as CQN reported yesterday.

He added: “Kieran has had a bit of a reaction today and may be a doubt. We will have to assess him on Saturday.

“It is the same issue and we will leave it maybe as late as possible to see how it is. He looked uncomfortable, we will give it 24 hours to see how it goes.

“Olivier Ntcham and Tom Rogic have been training this week and both Dedryck Boyata and Mikael Lustig should be okay.” 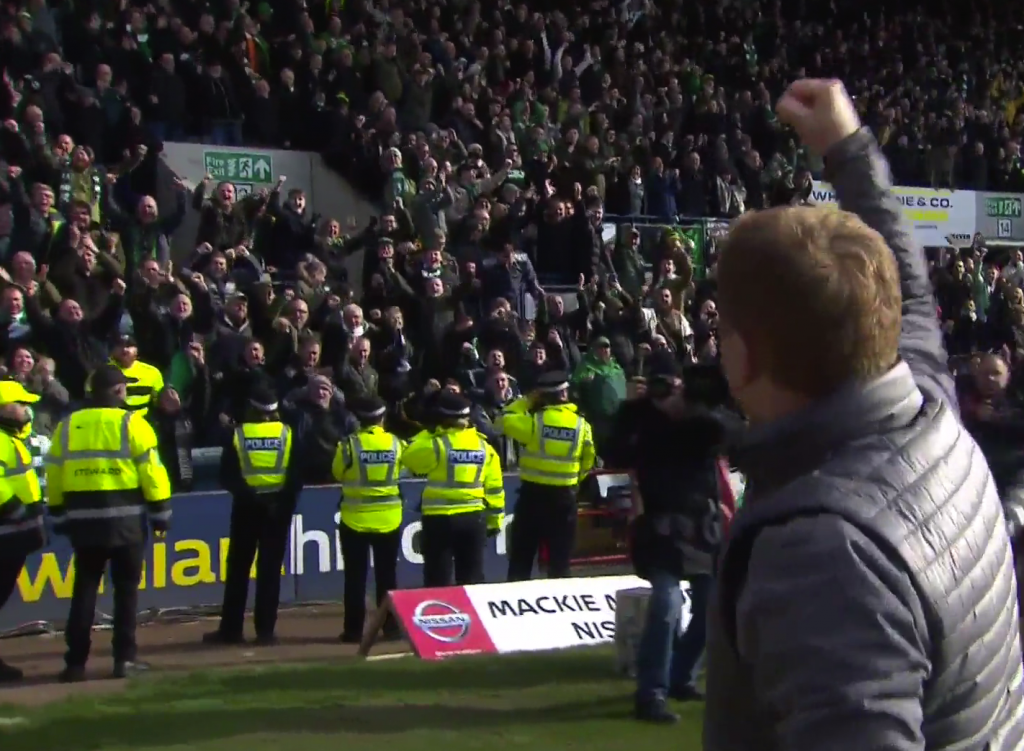 HAND IT TO US…Neil Lennon celebrates with the visitng fans after the stoppage-time win over Dundee at Dens Park.

The title kings claimed three points when the Govan outfit visited in September when a strike from Ntcham around the hour mark settled the outcome.

Celtic dominated the confrontation and hit the woodwork FOUR times with efforts from the Frenchman, James Forrest, Mikael Lustig and Leigh Griffiths.

Unfortunately, it was an entirely different story in late December when Rodgers’ tactics back-fired and a deflected a drive from Ryan Jack gave Gerrard a surprise victory, the first time in 13 Glasgow derbies the Irishman had sampled defeat.

Mikey Johnston got the nod to lead the line with Odsonne Edouard on the subs’ bench, presumably being saved for later. It was a similar story with Kieran Tierney who sat out the start with Callum McGregor acting as an emergency left-back.

However, a first-half injury to Filip Benkovic scuppered plans and the champions couldn’t find their rhythm in their first performance of the campaign.

The players will get the opportunity to rectify that situation in the High Noon shoot-out tomorrow.