KIERAN TIERNEY suffered a setback at training today when it looked as though he would be fit to face Steven Gerrard’s Ibrox outfit at Parkhead on Sunday, as CQN reported this morning.

Neil Lennon stated he was confident the left-back would take his place in the Hoops line-up after a calf injury forced the 21-year-old defender to fly home early from Scotland’s European Championship qualifying double-header against Kazakhstan and San Marino.

The interim manager, speaking to Sky Sports News, admitted: “Kieran has had a bit of a reaction today and may be a doubt. We will have to assess him tomorrow.

“It is the same issue and we will leave it maybe as late as possible to see how it is.

“He looked uncomfortable, so we will give it 24 hours to see how it goes.”

Meanwhile, Lennon, 47, insisted the Glasgow derby confrontation will have no bearing on his prospects of getting the Celtic job again on a full-time basis. 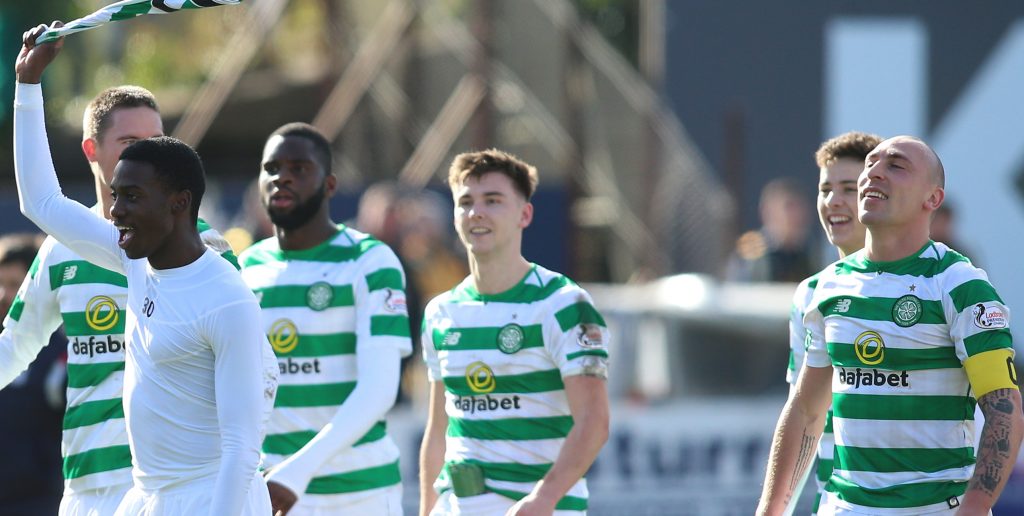 The former club skipper and boss has the opportunity to lead the champions to a massive 13-point advantage at the top of the Premiership with only seven games to play and the team zeroing in on their eighth successive crown.

The Hoops are also two ties away from a historic hat-trick of Scottish Cups which would cement an unprecedented treble treble.

The Iirishman remarked: “Certainly, my role here does not depend on Sunday, result-wise. It will depend on whether I can deliver the trophies, I assume, and in particular the league title.

“Sunday’s game, win or lose or draw, I am not sure will have a huge effect either way.

“Everyone is speculating and second-guessing, but, as far as I’m aware, my remit here doesn’t revolve around one game or two games.

“It revolves around what I have done since coming in the door.”

He added: “I am feeling quite calm at the minute.

“I am trying not to get too distracted by all the noise and the hype that goes around it, so I have just been concentrating on what we are doing on a day-to-day basis and preparing for another big game.”

Lennon will be in charge of a Celtic team against the Govan side for the first time in seven years when they lock horns on Sunday. On the last occasion, the Hoops trounced Ally McCoist’s men 3-0.