NEIL LENNON hailed the Celtic support as “the best fans in the world” as Scotland’s title kings moved 10 points clear at the top of the Premiership following their five-goal romp against Hearts under the lights in the east end of Glasgow last night.

But the Hoops gaffer was fuming at the reckless challenge from the Edinburgh side’s defender Marcel Langer on Scott Brown in the fading moments which brought an immediate banishment from match official Willie Collum.

Lennon, speaking to the Daily Record, said: “The referee got the red right because that was horrendous and could have done serious damage to Scott. Thankfully, he’s alright.”

The Hoops skipper and the German, who was brought to the club by boss Daniel Stendel last month, had words before the Tynecastle player was dragged away.

However, the flashpoint incident could not take he gloss off a marvellous performance by the champions who now have nine in a row on their radar. 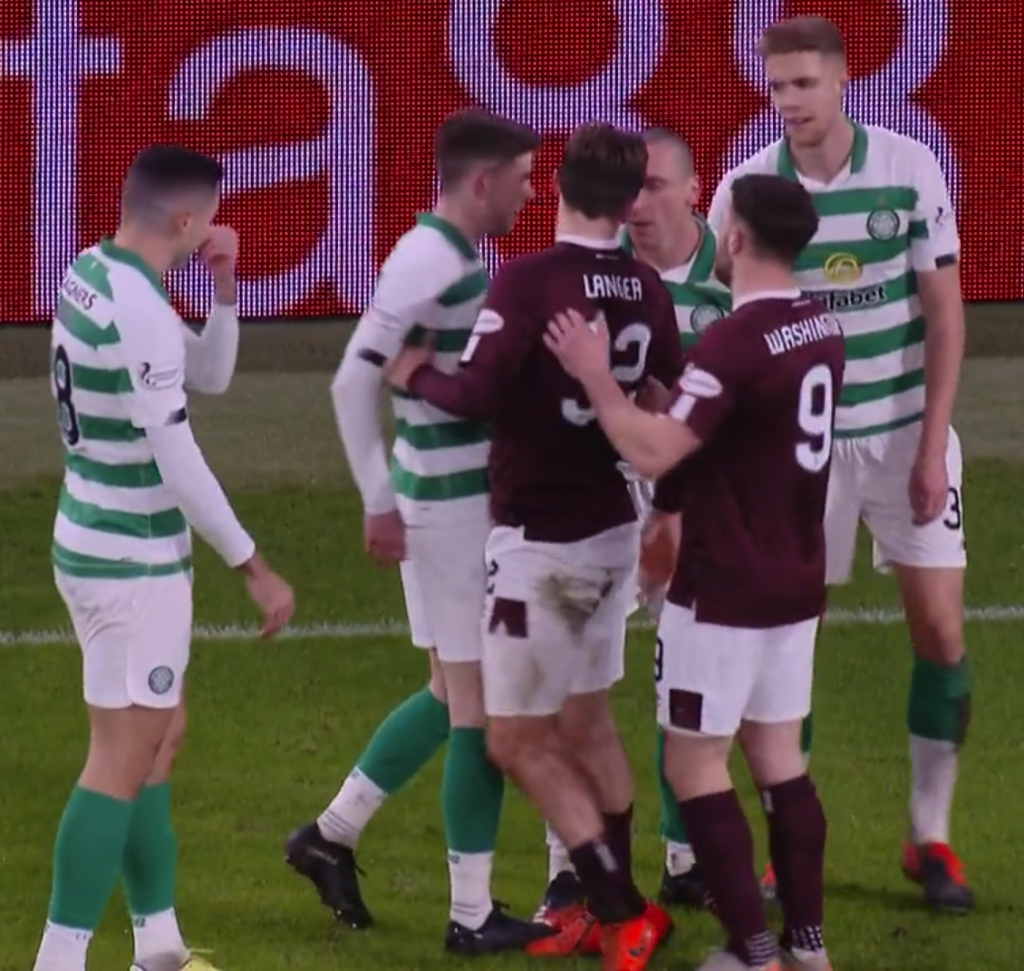 Olivier Ntcham, with his eighth goal of the campaign, got the ball rolling with the opener in the first-half and visiting keeper Joel Pereira was then deluged in the second period as Christopher Jullien, Callum McGregor, Ryan Christie and Jozo Simunovic fired the unstoppable green machine to victory No.8 since they hit the ground running on their return to action following the mid-winter break.

As Lennon’s men routed the Edinburgh outfit, Steven Gerrard winced as he witnessed his side throwing away an interval advantage to fold to a 2-1 defeat against Kilmarnock at Rugby Park with former Hoops prospect Stephen O’Donnell rifling in the equaliser before Eamonn Brophy thumped in a late winner.

Only a monumental and unforeseen collapse can now prevent Celtic from being crowned kings again and Lennon is particularly pleased for the supporters. 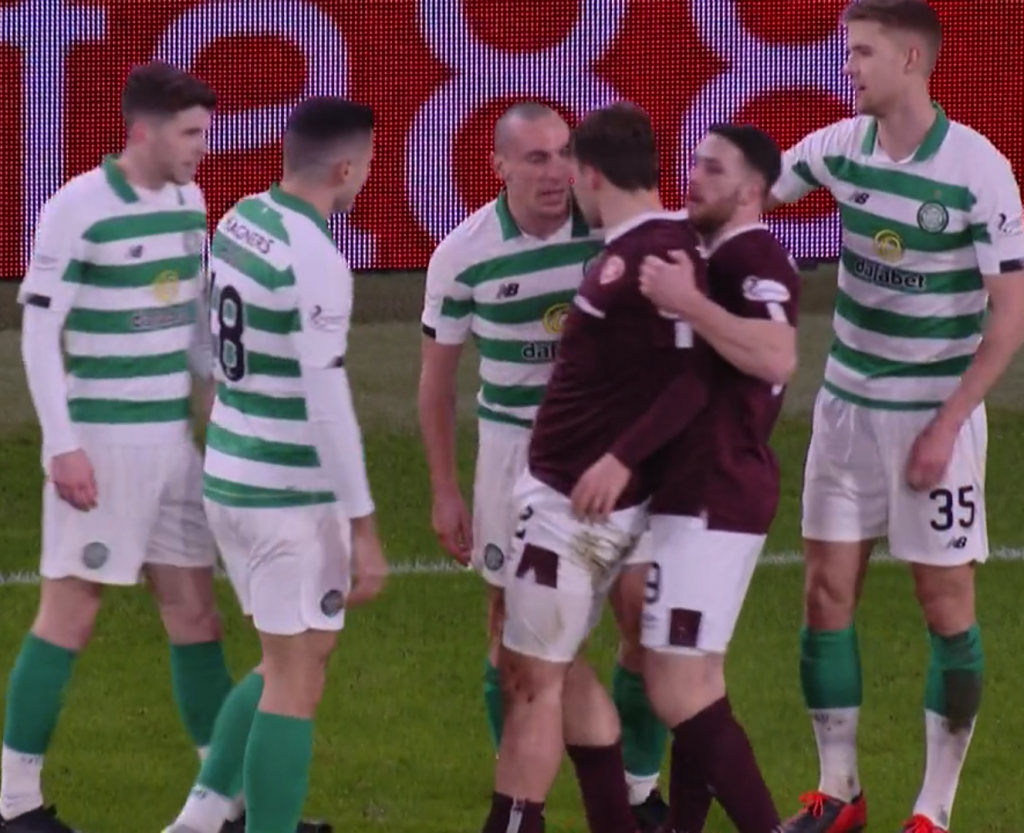 SEEING RED…Conor Washington helps to remove Langer from the scene as Ryan Christie, Tom Rogic and Kristoffer Ajer arrive to back yp Brown.

Asked if he had a message for the club’s followers after the joyous celebrations in the stands, he answered: “You’re amazing, thank you for your support and we’ll do all we can to keep entertaining you.

“They’re the best fans in the world, as far as I’m concerned.”

Lennon delivered last season when he was pitched in at the deep end and he has already brought in the Betfred League Cup in this campaign. He has not intention of letting up on the treasure trail, but he is not going overboard.

He added: “We have to concentrate on each game as they come along.

“A lot has changed since we went into the winter break, but that’s the way football goes. We kept calm and we just do what we do best conscientiously behind the scenes with the support network there.

“You can see the players fitness levels are very good. The squad is looking stronger, as well.”