Celtic Quick News on News Now
You are at:Home»Latest News»NO GOALS FROM EDOUARD AND GRIFF? NO PROBLEM
By CQN Magazine on 13th February 2020 Latest News

JUBILANT Neil Lennon was not too upset his strike force of Odsonne Edouard and Leigh Griffiths fired blanks in the 5-0 triumph over Hearts at Parkhead last night.

The Celtic boss saw the champions race to a TEN point lead at the Premiership pinnacle as they fix their sights on the magical nine in a row.

The Tynecastle team were outclassed and outgunned, particularly in a one-sided second period, and the Hoops did it without a goal from on-fire double-act Edouard, with 24 strikes this season, and Griffiths, who has claimed four since the turn of the year. 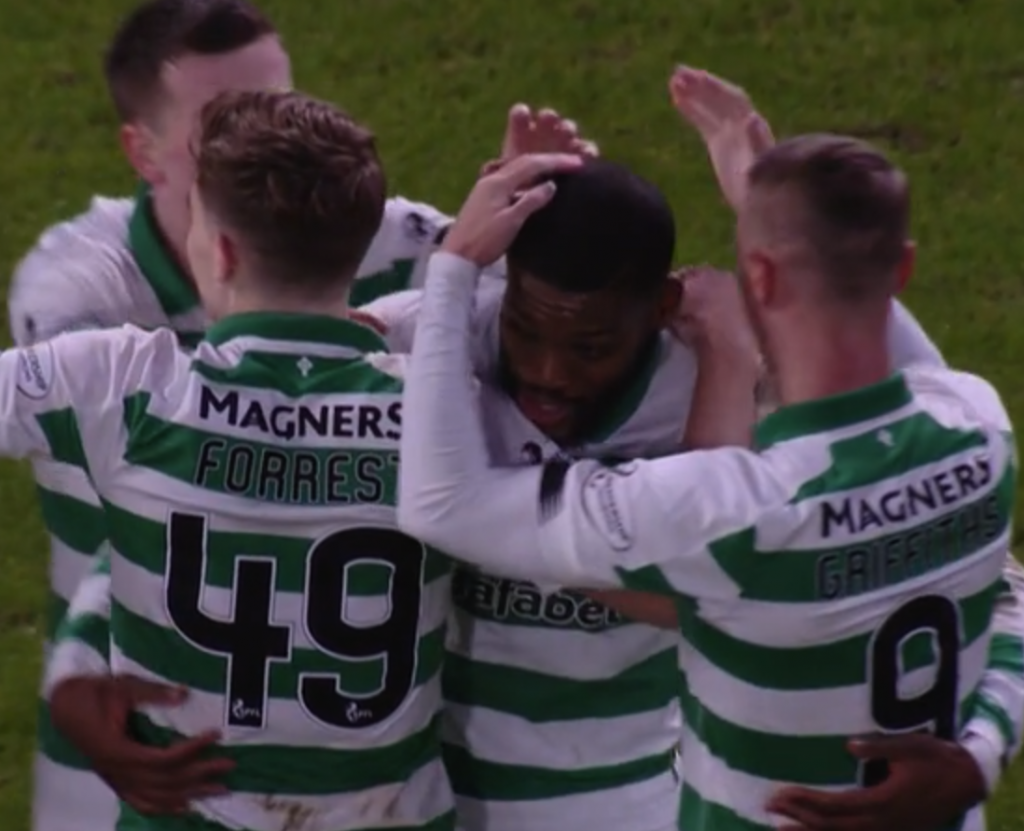 Lennon, though, wasn’t too perturbed by the situation as he told the club website: “The players were magnificent. Their desire and hunger to play, score goals and run had everything you want as a manager from a team and I got that.

“It was an emphatic victory and an outstanding second-half performance.

“To score five goals and your strikers not to score shows a great team effort. We changed the shape a little in the second-half and got more reward with that. We scored from set-pieces, as well, which was very pleasing.

“Hearts, to their credit, came and tried to press the game. That was interesting coming up against that tactic here at Celtic Park, but once we broke the lines we were causing them problems.” 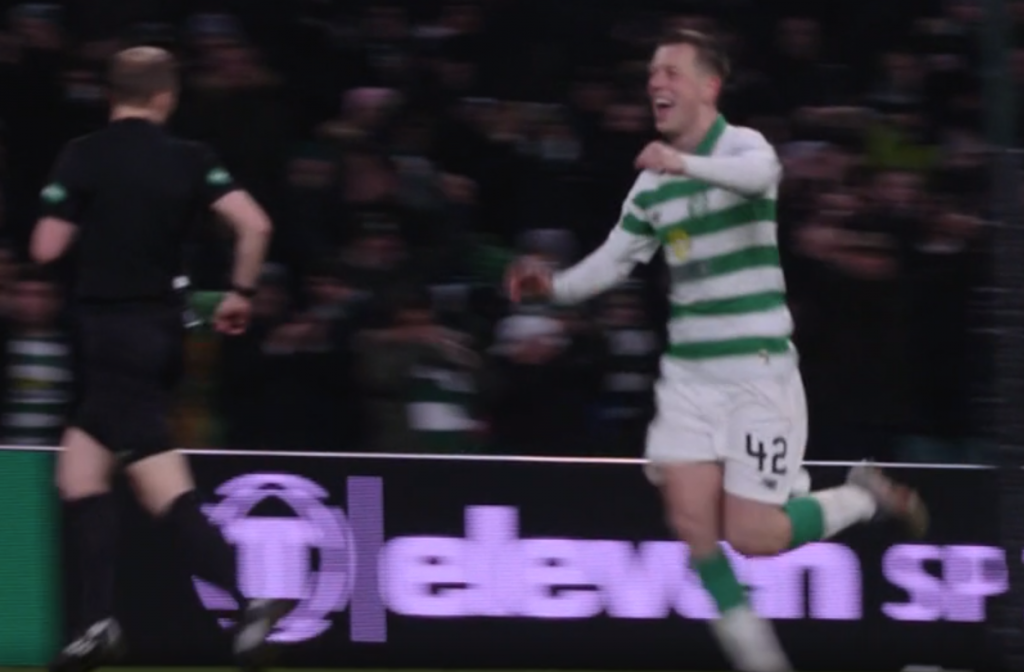 RUNNING SUCCESS…Callum McGregor turns away after slotting in the third goal.

The Hoops have won all eight encounters since resuming after the mid-winter break – six Premiership outings and two Scottish Cup-ties.

However, Lennon is refusing to get carried away and said: “The points might give the players confidence, but that’s about it, really. We have a tricky game on Sunday at Pittodrie. Aberdeen had a great win last night (3-1 against Hamilton Accies), so we’re taking nothing for granted.

“There’s a long way to go and there’ll be twist and turns along the way, so we just need to focus on each game as it comes along.

“The psychology in any sport is huge. When you have players such as Brown, McGregor and Forrest who have been over the course for a long time now, it gives you comfort and knowledge that they know not to get too down when you get beaten and not to get too high when you win. 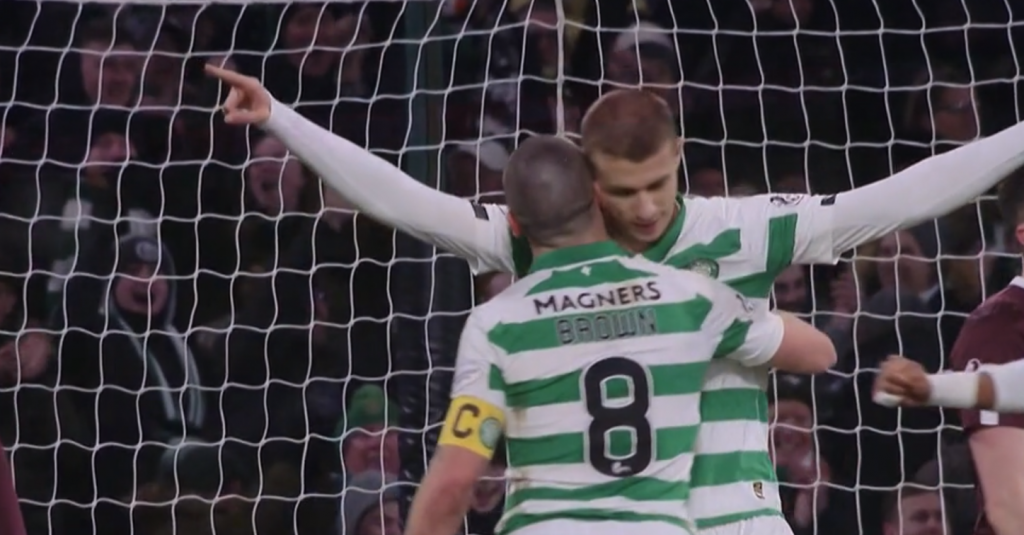 END GAME…Jozo Simunovic is hailed by Scott Brown after heading in the fifth.

“You need to stay at the level and that’s been drummed into them for a long, long time now.”

Sunday will be the third time the champions have met the Dons in this campaign and they have picked up six points following two victories. Derek McInnes’ men were hit by a green-and-white whirlwind in the north east when they were four goals adrift by the interval with Edouard, Jeremie Frimpong, Mohamed Elyounoussi and James Forrest on target back in October.

In the east end of Glasgow in December, it took a goal from Edouard to seal the points after his countryman Christopher Jullien had opened the scoring.

An action replay at the weekend would be welcome.