AFTER weeks of speculation and rumour, Ange Postecoglou now knows what he has to work with – for the next four months at least.

The midnight deadline put an end to the guessing games and Odsonne Edouard and Ryan Christie finally got the moves they were looking for last year.

The Frenchman agreed a switch to Crystal Palace that could rise to £18.5million after Celtic accepted an up-front fee of £14million for the striker who was in the last year of his contract.

Ryan Christie, who could have walked for free at the turn of the year, got his wish to quit Parkhead in a cut-price £1million switch to Championship outfit Bournemouth. 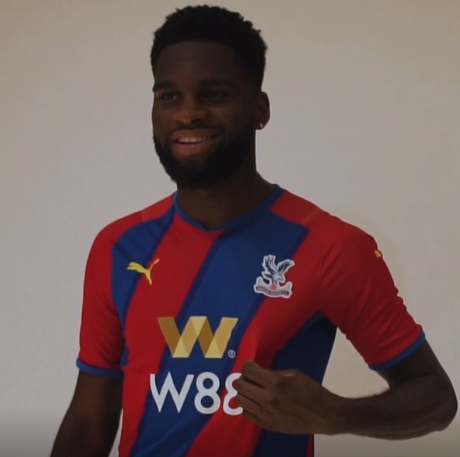 The unsettled duo caught up with Kristoffer Ajer, another who was eager to leave last summer. The Norwegian international joined top-flight newcomers Brentford in a £13.5million move with the possibility of the final fee rising to £17.5million, according to sources across the border.

Postecoglou will be delighted to welcome Greek striker Giorgos Giakoumakis, the 26-goal marksman with Dutch outfit VVV-Venlo. The prolific hitman, priced at £2.5million, agreed a five-year deal and is obviously eager to get started.

Benfica winger Jota is also in that category after agreeing a season-long loan contract. The Hoops have the right to buy if the 22-year-old winger shows up well. The Portuguese giants rate the versatile forward in the £6.5million category.

Cameron Carter-Vickers, a dramatic late acquisition on a season-long loan from Spurs, will help add strength to the middle of the rearguard that has looked vulnerable since the start of the campaign.

ELEVENTH-HOUR ARRIVAL…Cameron Carter-Vickers was signed just before the deadline.

Also heading for the Parkhead exit was Leigh Griffiths and the 31-year-old striker has surely kicked his last ball for the Hoops. The former Scotland hitman, who claimed 123 goals for the club following his £1.2million arrival from Wolves in January 2014, agreed a season’s contract at Dundee.

Postecoglou was keen for both players to get first-team experience before returning next summer.

Northern Ireland defender O’Connor, 21, has returned to Tranmere Rovers where he spent last term and midfielder Robertson, 20, will hone his skills at Crewe.

Jack Hendry, who spent last season on loan at KV Oostende, agreed a £1.5million permanent move to the Belgian club in June, but made a quickfire transfer to Club Brugge this evening in a deal around the £5million mark. Celtic could be due something in the region of £700,000 in a sell-on clause.