Celtic Quick News on News Now
You are at:Home»Latest News»MUSONDA WORTH THE WAIT
By CQN Magazine on 1st May 2018 Latest News

BRENDAN RODGERS has insisted on-loan Charly Musonda is happy to bide his time before getting his chance at Celtic.

The Belgian midfielder arrived from Chelsea in January on an 18-month deal and made his first start in the 1-0 defeat from Kilmarnock at Rugby Park on February 3.

Musonda was in the line-ups for the 3-2 Scottish Cup win over Partick Thistle the following week and the goalless draw with St Johnstone a fortnight later.

And he became an instant fans’ favourite with his solo celebration after setting up Callum McGregor for the winning goal against Zenit St Petersburg in the Europa League first leg encounter.

However, the skilful 21-year-old playmaker hasn’t had a lot of game-time for the Hoops in recent weeks.

Now there are rumblings he should move elsewhere to get consistent first team action – and former Antwerp goalkeeper-turned-pundit, Wim De Coninck, reckons a return to his homeland could be his best option.

De Coninck said: “He has a hard time getting through everywhere.

“In Spain, the start was very good, but after that things went quiet. I can imagine the Scottish competition is even more difficult for him because that style of football does not suit him at all.
“He is just too much of a gallery player. 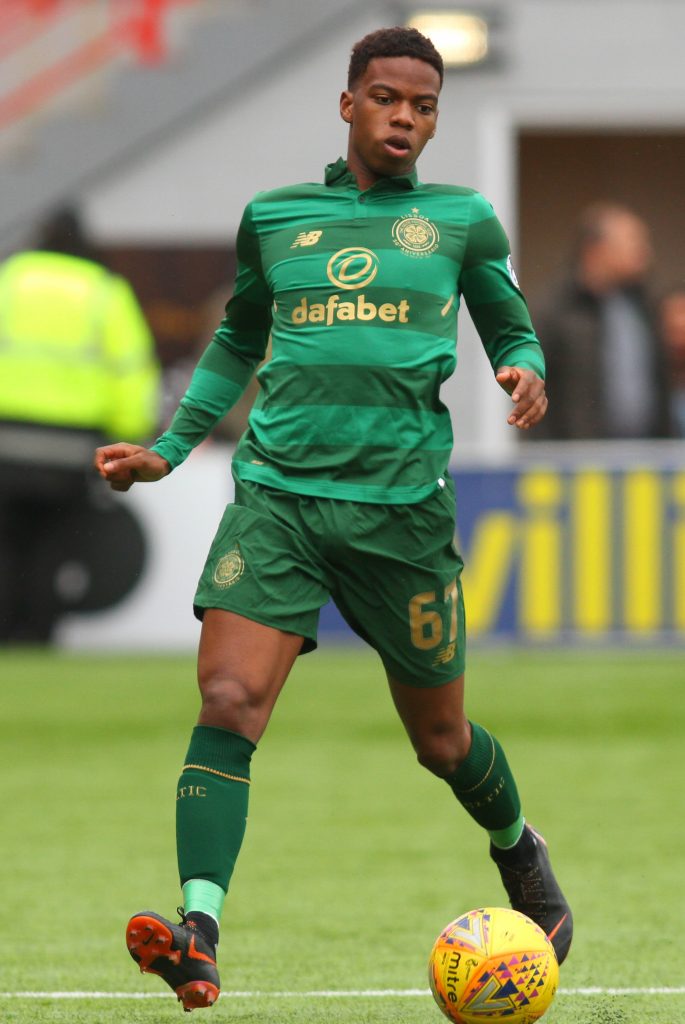 WAIT FOR IT…Charly Musonda will have to be patient at the champions.

“It is, of course, his profile. He must, above all, have individual actions and is not really a passer or a finisher. Still, he has to try to become more of a team player.

“He went to Chelsea too fast, I think. It will not be easy to break through in London because of the cut-throat competition.

“Why not return to Belgium? For example, AA Gent would suit him well. Samuel Kalu and Moses Simon are a bit of the same types. He would fit in well with their system.”

Hoops gaffer Rodgers, as reported by CQN last month, admitted: “It’s a different type of  loan for Charly compared to  when he went to Spain and had to succeed straight away.

“Here he has 18 months to settle in, find the  way of working and realising the pressures of a big club.”

“Charly’s absolutely fine. He’s here for the 18 months and by the end of that he knows he is going to be a better player.”