Celtic Quick News on News Now
You are at:Home»Latest News»NO NEW ROGIC NEWS, EXCLUSIVE!
By CQN Magazine on 29th February 2016 Latest News
AUSSIE midfielder Tom Rogic has not yet reached agreement on a proposed contract extension with Celtic.
The 23-year-old international star has 15 months left on the deal he signed when he joined from Central Coast Mariners in January 2013 for £400,000.
Hoops boss Ronny Deila remains keen for the playmaker to accept terms that would keep him at the SPFL champions until 2020, at least.
Rogic has made 29 appearances this season, scoring seven goals, but hasn’t been named as a substitute for the last two games against Inverness Caley Thistle and Hamilton Accies after dropping out of the side with another injury.
Discussions began in November over extending his contract, but the player has yet to put pen to paper. 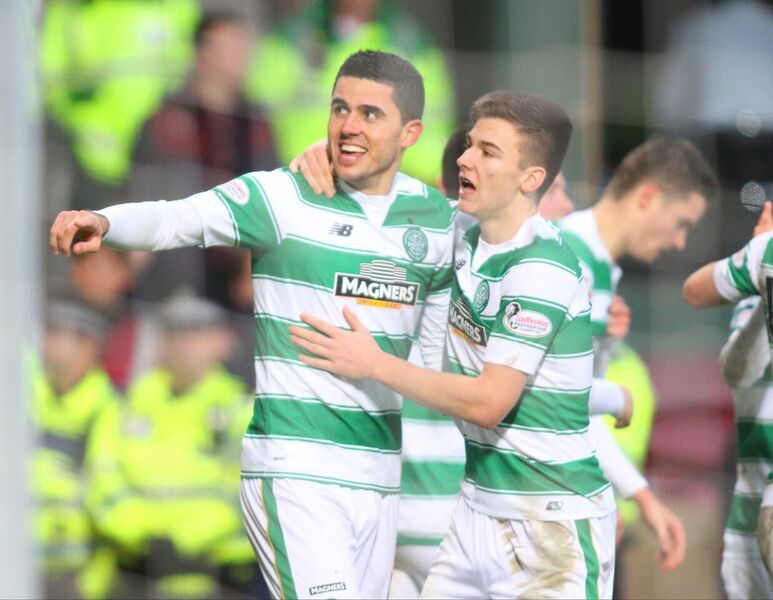 Last week Scotland international winger James Forrest knocked back a four-year deal last week and looks set to move on in the summer, with Norwich City being his likely destination.
Both Rogic and Forrest played their last games for the Hoops as second-half substitutes in the 2-0 win over Ross County on February 13.
The Parkhead gaffer is an admitted fan of the skillful Austrailain midfielder, who was linked with Championship side Leeds United in the January transfer window.
Deila said: “Tom is definitely one of the players we would like to keep and we are working towards that just now.
“We talk all the time and we are always looking to work on the squad. He is very important in our team. He has a lovely technique, he has innovation and is creative. The technical aspect he has is the top level.”

If there’s an impasse between club and player and this is keeping Rogic out of the team, then this is bad news for the Austrlian national side. Socceroos coach Ange Postecoglou is preparing to name his squad for the forthcoming World Cup qualifiers against Tajikistan and Jordan.

Celtic’s big squad features so many midfielders that once a player drops out of the side it is really tough to get back in. Logic, Callum McGregor and Kris Commons have all found this out recently and other players, like Scott Allan, Ryan Christie and Patrick Roberts have had to wait their chance without getting a run in the side.
Allan started his first league match at Hamilton on Friday evening and is surely ahead of Rogic for further starts.
—————————————————-
CQN BOOKSTORE SPECIAL OFFER!
Order your copy of The Winds of Change for just £13.99 and you will receive a FREE copy of the Total Larsson DVD plus a copy of Issue 3 of CQN Annual.
The Winds of Change picks up the story of managing Celtic after Jock Stein, which we started in Caesar & The Assassin.
Caesar & The Assassin covered 1978-1991 and The Winds of Change takes us from 1991 when Billy McNeill is sacked up to 2005 when Martin O’Neill leaves after winning the Scottish Cup. So much happened in this period in Celtic’s history and this makes The Winds of Change a fascinating and compelling read for all Celtic supporters.
Order HERE or click on the image below.