Celtic Quick News on News Now
You are at:Home»Latest News»PARTY LIKE IT’S 2018: ‘DRAINED’ POSTECOGLOU POISED FOR CARNIVAL
By CQN Magazine on 12th May 2022 Latest News

ANGE POSTECOGLOU will have to hit the reset button as he prepares for Celtic’s biggest title party since April 29 2018.

That was the gloriously sunny afternoon at a packed and pulsating Parkhead where the rampant Hoops contemptuously and ruthlessly dismissed their Ibrox opponents with a breathtaking brand of football that saw the hosts 5-0 ahead by the 53rd minute.

Inexplicably, Brendan Rodgers’ swaggering players took their foot off the gas and did not add to the humiliating scoreline.

The one-sided triumph brought Celtic their seventh successive title and triggered a day of joyous celebration in the east end of Glasgow.

The following season, with Neil Lennon in charge, the team claimed eight in a row in front of a few thousand travelling fans in a 3-0 win over Aberdeen at Pittodrie on May 4 2019. 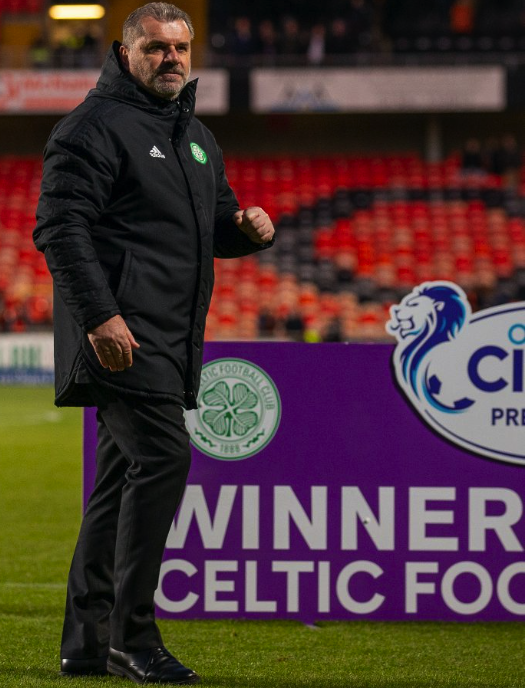 WINNER…the sign says it all for Ange Postecoglou at Tannadice.

The ninth crown arrived without a carnival atmosphere with the world gripped in fear of Covid and football suspended following the 5-0 home success over St Mirren on March 7 2020 when present-day skipper Callum McGregor sealed the victory with a late penalty-kick. That turned out to be the last goal of the campaign before sport was forced into cold storage.

Celtic, who were 13 points ahead with only eight games to play when football was abruptly halted,  were presented with the trophy behind closed doors without a fan in sight to enjoy the club’s ninth consecutive silverware success.

Last season, with football played in ghost grounds, was a wipe-out as far as Celtic were concerned and the historic bid for a tenth consecutive championship was blown shortly after the turn of the year.

However, everything is back on track and geared for a colourful carnival in the city after the pause button stalled the festivities for over four years. 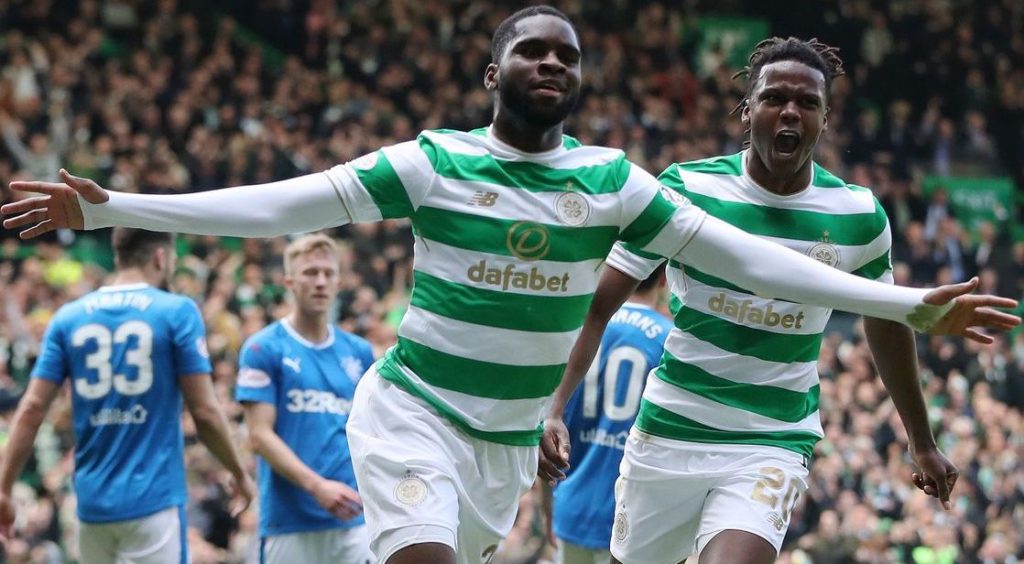 BUNCH OF FIVES…Odsonne Edouard is about to be congratulated by Dedryk Boyata as the French striker celebrates one of his double in the 5-0 romp against a shell-shocked Ibrox outfit at Parkhead in April 2018.

Postecoglou and his revamped and re-energised team fully deserve their moment in the sun when Motherwell provide the opposition on Saturday in Paradise before the curtain comes down on a truly entertaining and exhausting rollercoaster odyssey.

The Greek-Australian watched the club make certain of their tenth flag in 11 years in the 1-1 draw with Dundee United at Tannadice last night and admitted: “It’s fair to say it’s taken every ounce of me.

“I’ve put everything into it because I knew how big a challenge it was. Now we’ve done it, the overriding emotion is one of relief and satisfaction.

“You feel drained because we’ve had to be really focused this year and not get distracted. To play in this city it’s very easy to get distracted by other teams and issues. There’s a potential to take you away from what’s important and we’ve been concentrating so hard.

“I know the work never stops, but I have given every bit of myself here and I’ll take a moment to reflect for myself on the job done.” 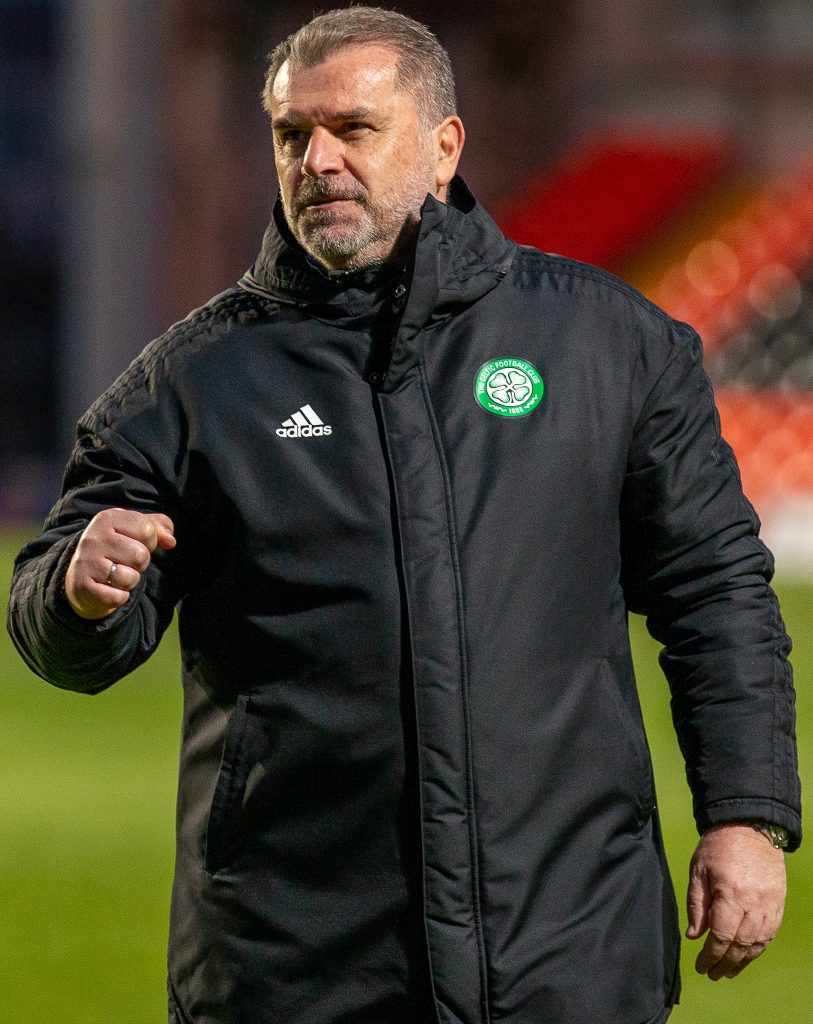 Postecoglou, speaking to STV, added: “It’s been two and a half years since I was last in Australia. I came here straight from Japan. I’ve been gone for a season and a half really without a break. It’s fine, you don’t think about it as you go along.

“It’s hard for me to comprehend. I’ve had this lifelong dream to manage a world famous club, trying to make an impact.

“I’m in this spot now of achieving something I’ve always wanted to achieve. I guess it’s a weird kind of feeling for me.

”I can’t wait for Saturday. It’ll be a great day for us and then I’m looking forward to getting away for a bit.”