Celtic Quick News on News Now
You are at:Home»Latest News»‘RIVALS ARE LINING UP TO BOOT BROONY,’ HOOPS HERO WILSON
By CQN Magazine on 15th May 2018 Latest News

The ex-Scotland international right-back reckons the opposition are resorting to kicking the Hoops midfielder because they can’t deal with him fairly.

Aberdeen captain Graeme Shinnie became the latest rival to chop down Brown in his side’s 1-0 win at Parkhead on Sunday.

There was little doubt it was cynical and late, but the Dons man escaped a straight red card although he smirked in the postmatch TV interview: “What comes around, goes around.” 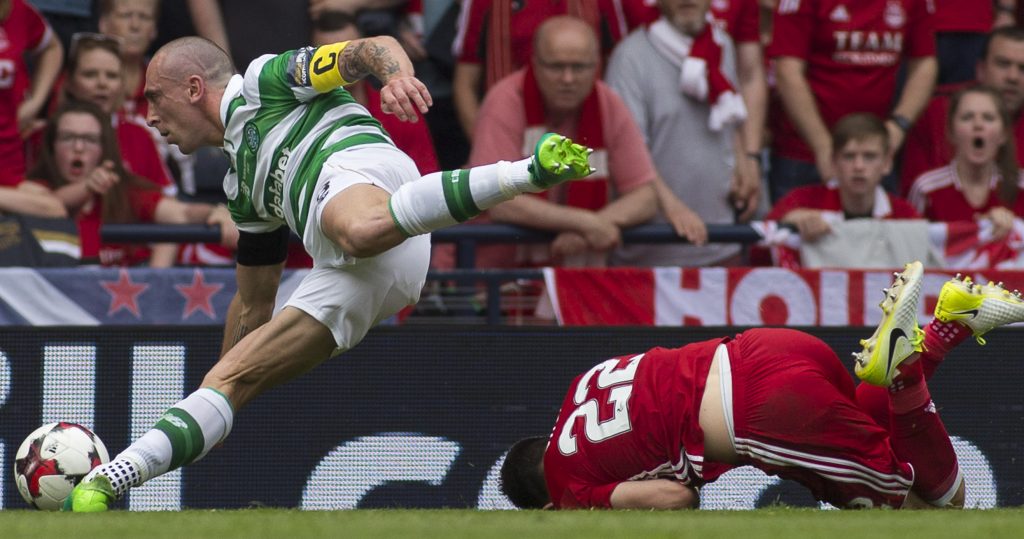 Wilson said: “I thought the tackle on him on Sunday was a shocker. One or two of those challenges and I’d have thought it was a coincidence. but they are now tallying up and you see how bad they are.

“And Graeme Shinnie’s here was a bad one. I think Broony has had problems with his ankles. People say it was a nothing game for Celtic, but that could have put him out of the Scottish Cup Final on Saturday.

“I don’t know if it’s people just want to try to get near him because he’s been performing on such a high level. The young boy at Hearts, Harry Cochrane, had a good game against him at Tynecastle, but, apart from that, no-one has really touched him.

“I don’t know if it’s just frustration in other players thinking if I can’t get near him in a football sense I’m going to try to leave something a mark on him.

“But I thought the one on Sunday was a bit naughty, going into the last 10 minutes of the game, but Scott takes it well.” 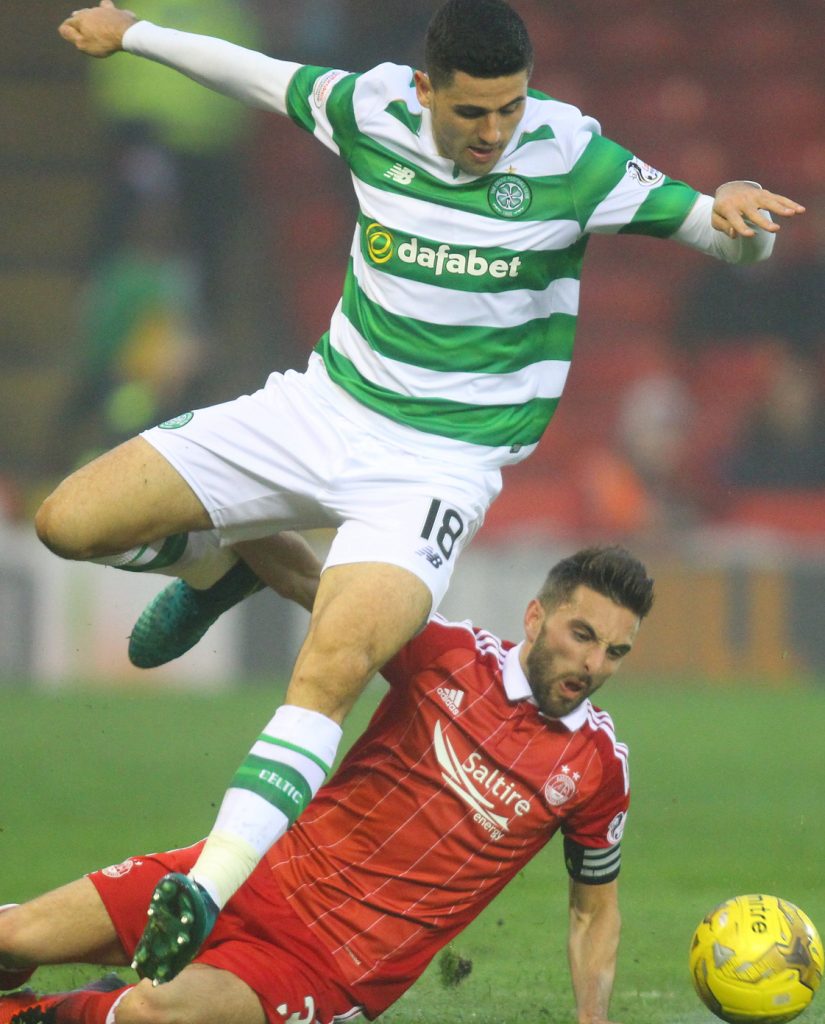 WALLOP! Tom Rogic is on the receiving end of a desperate lunge from Graeme Shinnie. Pics: Geo.

Wilson added: “I always hear Rangers fans saying how much they hate Scott Brown, but it would be different if they knew him. He epitomises everything that Rangers have been missing.

“Fight, desire, leadership – he’s got everything they’ve been needing.

“That’s probably why they don’t like him – but they’d take him in a minute.

“I don’t think Scott would be too quick to go, though!”